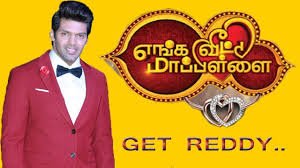 As per reports, Janakiammal, member of Southern Districts Women Federation and Adi Thamilar Peravai has filed a case in the Madurai Bench of the Madras High Court saying that hosts Arya and Sangeetha are misguiding the women community by commercializing their freedom.  The petitioner has described the show’s very concept as ‘feudal’. In the said show, 16 women try to impress Arya, who is on a lookout for the right girl to marry. As per the petitioner, the show commercializes the interest of women.

Janakiammal has sought an interim ban on the reality show and moved the court to take necessary action against Arya, Sangeetha and Colors Tamil channel. Previously, women outfits refused to allow team Enga Veetu Maapilai to shoot in a contestant’s house in Kumbakonam.