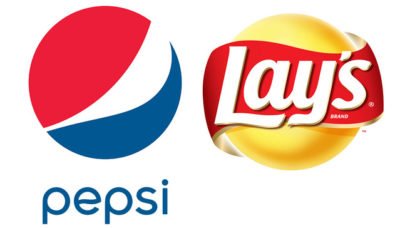 Pepsico India Holdings Private Limited recently moved the Delhi High Court and sought an ex-parte interim injunction against Facebook, Youtube and others for allegedly hosting a video uploaded by an anonymous person claiming that the potato chips under the brand Lays is harmful for consumption as it contains plastic. The video points that as per the video the consumption of Lay’s chips would result in death of the consumer. Read order here.

The suit has been filed by Pepsi seeking a decree of permanent and mandatory injunction directing the defendants to take down, remove or block/ restrict access to the URLs/ weblinks as mentioned by the Plaintiff. Pepsi has pleaded that the contents of the video are baseless and reckless without any regard to the truth and without due care or verification and further placed reliance on the licenses issued by the FSSAI to contend that the contents of the video are entirely baseless and mischievous.

The Delhi High Court has directed the defendants to block the URLs/weblinks or any other similar video which are mentioned in the list of documents filed by the plaintiff until the next date of hearing.

The Supreme Court in the landmark case of Shreya Singhal v/s Union of India had construed Section 79 of the Information Technology Act, 2000 in such a manner that removal of content online may only occur if an adjudicatory body issues an order compelling intermediaries to remove the content. The said decision shields intermediaries from liability unless they fail to comply with an order directing them to remove the illegal content, rather than merely a private party request. Section 79 of the IT Act provides that safe harbors from liability for online intermediaries could be suspended if the intermediary fails to take down content upon “receiving actual knowledge, or on being notified by the appropriate Government or its agency that any information, data or communication link residing in or connected to a computer resource controlled by the intermediary is being used to commit [an] unlawful act”. The Supreme Court had held that “Section 79(3)(b) has to be read down to mean that the intermediary upon receiving actual knowledge that a court order has been passed asking it to expeditiously remove or disable access to certain material must then fail to expeditiously remove or disable access to that material. This is for the reason that otherwise it would be very difficult for intermediaries like Google, Facebook etc. to act when millions of requests are made and the intermediary is then to judge as to which of such requests are legitimate and which are not. We have been informed that in other countries worldwide this view has gained acceptance, Argentina being in the forefront. Also, the Court order and/or the notification by the appropriate Government or its agency must strictly conform to the subject matters laid down in Article 19(2). Unlawful acts beyond what is laid down in Article 19(2) obviously cannot form any part of Section 79. With these two caveats, we refrain from striking down Section 79(3)(b)….

.. Section 79 is valid subject to Section 79(3)(b) being read down to mean that an intermediary upon receiving actual knowledge from a court order or on being notified by the appropriate government or its agency that unlawful acts relatable to Article 19(2) are going to be committed then fails to expeditiously remove or disable access to such material. Similarly, the Information Technology “Intermediary Guidelines” Rules, 2011 are valid subject to Rule 3 sub-rule (4) being read down in the same manner as indicated in the judgment.”

It is therefore likely that compliance by the defendants of the Court order would shield them from any further liability in this case.

On a separate note, the Delhi High Court in the case of Myspace Inc. Vs. Super Cassettes Industries Ltd, arising out of an appeal filed by MySpace related to contentions made against it for having ‘knowledge’ of copyright infringement and the grant of permanent injunction to broadcast works of Super Cassettes Industries Ltd by the Single Judge, had held that intermediaries cannot be held liable for infringement unless the ‘actual knowledge’ on part of intermediaries can be proved and the mere act of facilitating expression over internet does not amount to infringement. The division bench had interpreted the Shreya Singhal judgement and observed as under:

“Section 79(3) of the IT Act specifies that when a person has actual knowledge or upon notification by the appropriate government or its authority fails to expeditiously remove or disable access to an unlawful content then the immunity granted under Section 79(1) is revoked. The knowledge contemplated under this section is actual knowledge. In Shreya Singhal (supra), Section 79(3) with Rule 3(4) of the Rules were read down to mean receipt of actual knowledge from a court order or on being notified by the appropriate government. However, this was in respect of restrictions under Article 19(2) of the Constitution of India. The Supreme Court was conscious of the fact that if millions of requests for take down are made, it would become difficult for intermediaries (such as Google) to identify legitimate requests. In the case of copyright laws it is sufficient that MySpace receives specific knowledge of the infringing works in the format provided for in its website from the content owner without the necessity of a court order.”

Thus, in copyright infringement cases, it is not mandatory for the aggrieved party to obtain a court order and a mere take down request as per the format provided by the website would suffice.