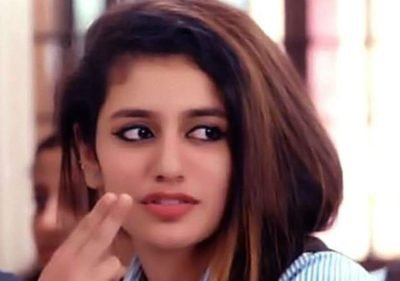 As per reports, actor Priya Prakash Varrier has moved the Supreme Court against a First Information Report (FIR) filed against her and the director of the movie which was filed by the police in Telangana and Maharashtra.

The FIR was filed over the lyrics of the song Manikya Malaraya Poovi, which is a Mappila song, or a traditional Muslim song from the Malabar region of Kerala.

The petition said the controversy on the song ‘Manikya Malaria Puvi’ in the Malayalam film ‘Oru Adar Love’ is irrelevant and it’s a folk song of the Muslims of the Malabar region.

According to the petition, the song was written by poet PMA Jabbar in 1978 and for 40 years, Muslims in Kerala have been singing it with joy.

“It is submitted that a song, which …. has been cherished by more than one crore Muslim population of Kerala, cannot suddenly offend the religious sentiment of the Muslim community,” the plea said.

It stated that criminal complaints and registration of FIRs in multiple states on the basis of complaints by “fringe elements who have misunderstood the lyrics of the song which they claim allegedly offended their religious sentiments and that of their community has adversely affected the petitioners right to life, liberty and freedom of expression under the Constitution.”

The petition states that the film is still incomplete and Rs. 1.5 crore had already been spent on it.

Complaints have been lodged in Maharashtra and Telangana against Priya Prakash Varrier and film director Omar Lulu for allegedly hurting sentiments of the Muslim community through a song in their forthcoming movie “Oru Adaar Love”.

Hyderabad Police has registered a case against Omar Lulu on February 14 under section 295A of the IPC (hurting religious sentiments).

The film is slated to be released later this year.