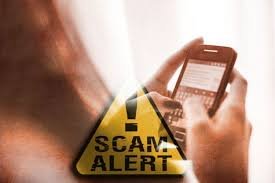 As per reports, the Madras high court has restrained M/s White Screen productions from releasing Tamil film “Aruva Sanda”. Justice C.V. Karthikeyan granted the interim injunction till March 16, on an application arising out of a suit filed by State Bank of India, Velachery branch, which sought to restrain White Screen productions represented by V. Raja and 10 others from releasing the movie until the outstanding amounts are paid to the bank.

According to the bank, V. Raja and 12 of his relatives had independently submitted applications through D. Chitra, who was an auto loan counsellor for purchasing new luxury cars. Based on the documents, the bank had sanctioned loans ranging from INR 15 lakh to INR 54.71 lakh, totally amounting to INR 2.79 crore.

The branch manager had found some abnormality in the sanctioning of number of loans recommended/sourced by Chitra and as a routine measure, the manager had verified the said loans during October 2017 about the procedure involving pre-sanctioning and post-sanctioning of the loans to them and was shocked to note that there were a lot of irregularities.

On discreet enquiry and investigation, it was observed that Chitra had misused her position as an auto loan counsellor and hacked the URL of the loan originating software (LOS) through which the loan accounts were uploaded and processed/sanctioned the loans without the knowledge of the officials of the bank from a different mode.

The loan proceeds were credited to their bank accounts. All the amounts were ultimately re-routed to the bank account of V. Esakkiraja, one of the borrowers, who was acting as well as producing the film “Aruva Sanda” through White Screen Productions.  The loan proceeds have been utilised for the said film production and as a matter of fact no car was purchased by them.

Hence, the bank lodged a complaint with the police on November 9, 2017. On a direction from the High Court, the Vepery police registered an FIR. Since the police did not act, the Bank filed a civil suit and sought an injunction to restrain the producers from releasing the movie.

SBI also sought a declaration from the court that it is entitled to have ‘first charge’ from the sale proceeds of the movie and rights over the film like DVD and satellite rights.