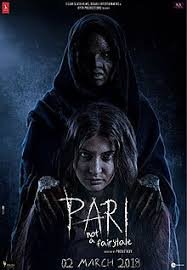 Kriarj Films Pvt. Ltd, producer of the Anushka Sharma starrer ‘Pari’ have filed a John Doe suit before the Madras High Court to prevent piracy of the said film. The Madras High Court vide order dated February 27, 2018 [read order here] permitted a letters patent application to sue certain defendants (internet service providers and local cable operators) residing and carrying on business outside the jurisdiction of the court. The suit has been filed complaining possible infringement of the film.

The film seems to have released on March 2, 2018. The Madras High Court website does not reflect any subsequent John Doe order which is surprising given that the film has already released and John Doe orders are usually obtained prior to the release of the film to prevent its piracy.

John Doe suits are mostly quia timet actions filed as a representative action, under Order I, Rule 8 of the Code of Civil Procedure, 1908. Few ISP’s and cable operators are impleaded as formal defendants to represent the group of internet service providers and cable operators in general. Complete identity of interest amongst these defendants and the general body of persons whom they represent and/or are said to represent is shown.  John Doe orders enable the order to be served upon persons whose identity is unknown to the plaintiff at the time the action was commenced, but whose activity falls within the scope of the action. A list of such orders can be accessed in the judgement section here.