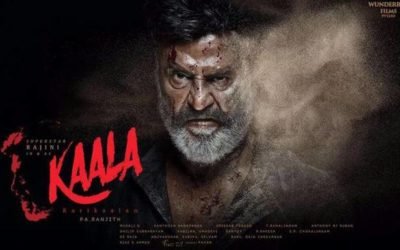 As per reports, the Madras High Court on June 6 refused to stall the release of Tamil superstar Rajinikanth’s “Kaala” on the allegation that it portrays the family of Mumbai don Thiraviyam Nadar in bad light. The petition was filed by J Muthuramesh, a member of the Nadar Community claiming that the film is based on the life of Thiraviyam Nadar.

Reportedly, Thiraviyam Nadar moved to Mumbai in 1956 and helped many Tamils who migrated to that city. The petitioner claimed that Thiraviyam Nadar was at one point respected as a leader of a section of Tamils settled in Mumbai including in the slums of Dharavi. He said the film portrayed Thiraviyam Nadar and his family in bad light based on untrue facts. “Due to the bad portrayal of Thiraviyam Nadar who was considered a leader, the sentiments of my family and myself who belong to the same family are deeply affected,” the petitioner said.”

The petitioner wanted the court to interfere and stall the release of the movie till all such objectionable scenes against the community were removed.

As per reports, senior counsel Mr. P.R Raman appeared for the makers of the film ‘Kaala’ and submitted to the court that the Supreme Court had clearly ruled that a movie could not be suspended or stayed once the CBFC certifies its release. Reference to the Padmaavat case i.e. Viacom 18 Media Pvt. Ltd vs Union of India was given.  He further argued that “the petitioner has no locus standi. He does not belong to the family of said Thiraviyam Nadar. If he or his family is offended, they can only seek a remedy through a civil court and they cannot file such a frivolous petition even without watching the film,”. Mr. Raman insisted that the plea should be dismissed with costs. He further pointed out that the CBFC certified the film on April 2 and the petitioner was trying to seek public attention by moving such plea.

The Court has adjourned the matter directing the petitioner to produce a copy of the mail while turning down the petitioner’s plea to grant an interim injunction on the release of the film.