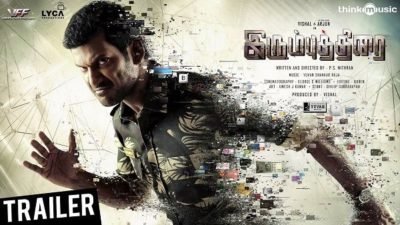 As per reports, the Madras High Court today dismissed a case filed against Vishal-starrer ‘Irumbu Thirai’ seeking to stall the release of the film. According to reports, a petitioner named Natarajan filed a case against the makers of the film for portraying the Aadhaar Card scheme in a bad light.

The Madras High Court dismissed the case, citing that the CBFC had already cleared ‘Irumbu Thirai’ without any objections.

Reported to be a cyber-crime thriller, the film stars Vishal and Samantha Akkineni in the lead, while Arjun Sarja, Delhi Ganesh and Robo Shankar will be seen in important roles.