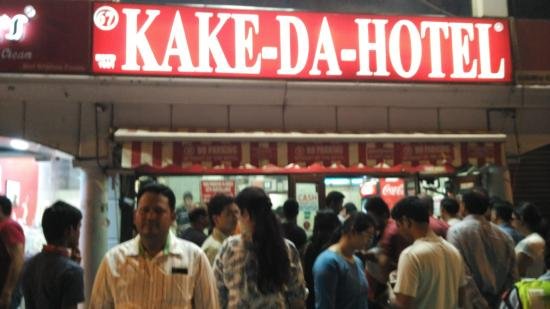 In yet another interesting trade mark suit, the popular restaurant based in Connaught Place, Delhi named “KAKE-DA-HOTEL” has filed for an injunction against the Nashik based- “KAKA-DA DHABA”, to restrain it from using the aforementioned mark with respect to a similar good/industry. While the court of Justice Pratibha Singh has ordered for further evidence to prove a case of infringement at trial, she has acknowledged the number of interesting issues involved in this dispute. The court, as an interim measure though, has passed a judicially mindful order, aiming to keep the status quo intact and avoiding further harm (if any) at the same time, during pendency. This is in accordance with the Supreme Court’s rationale (Wander Ltd. v. Antox India) of “balance of convenience” behind effectively effectuating interlocutory orders. It protects the plaintiffs from violation of their rights, but in a weighed-out manner with the rights of the defendant, until the conclusive determination of the case.

The orders given in the case at hand are: –

2. The Defendants shall not open any further outlet with the name “Kaka-Ka”, during the pendency of the present suit.

3. The Defendants shall maintain complete accounts of all sales which they are conducting in their three restaurants/outlets. The company ‘Kaka-Ka Dhaba Pvt. Ltd.’ shall continue to operate under the said name. However, no fresh company/firm or any other entity shall be commenced by the name “Kaka-Ka”.

4. All the outlets running in Nashik, Maharashtra are stated to be under the control and management of Mr.Jugesh Chaddha and Mr.Mahesh Chaddha Defendant No.2 and Defendant No.6 respectively. Both the said individuals shall file their undertakings before this Court that if any order is passed for damages/rendition of accounts, they shall be abide by the same and they shall file the quarterly accounts of their outlets at the end of each quarter by the 10th of the next month.

5. The Defendants shall change the name “Kaka-Ka Hotel” within 30 days.”

As far as the point of likelihood of confusion is concerned, there are several factors which are generally considered by the courts, in case of identicality or a close and proximate similarity of the marks involved therein (as in the case here). These include determinations of (a) respective uses of goods and services, (b) respective users, (c) Physical nature of goods and services, (d) respective trade channels through which the goods or services reach the consumers, (e) extent of competitive relatedness. While these factors might intuitively seem bending in favor of Kake-Da Hotel, there is another important factor of reputation in the relevant market which needs to be considered while adjudicating upon infringement. Here the territorial practice of the businesses is in very different geographic areas with the consumers arguably being different. It is important to establish the likeliness of consumers in order to prove consequent deception, which the plaintiffs factually will have to establish.

Trademark law has two basic goals. These are (A) encouragement of the production and quality of goods by maintaining their goodwill and (B) protecting consumers from deception by allowing them to distinguish between products from distinct sources. Ergo, in order to fulfill these goals, the court will have to effectively consider and strike a balance between considerations of possibility of business development on one hand, and of unreasonable and wide protection without actual reputation being involved on the other.

It will be very interesting to see how the court goes about deciding this matter!