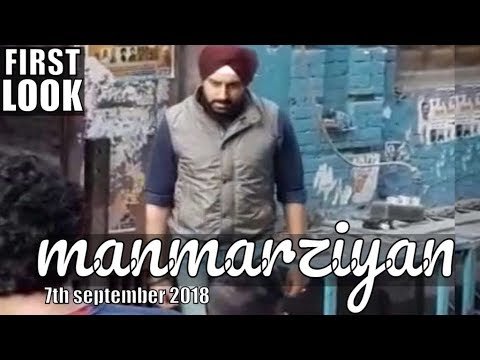 As per reports, the Jammu & Kashmir Tourism Board has sent a notice to the producers of the Abhishek Bachchan-Taapsee Pannu-starrer ‘Manmarziyaan’.  The Anurag Kashyap directorial has reportedly breached certain rules laid by Jammu and Kashmir tourism board while shooting some scenes in the restricted areas in J&K without permission.

According to reports, while the film’s shooting was on in Kashmir, locals of Sonmarg complained about the film being shot in the prohibited area of Thajiwas glacier. The makers have been asked to explain how they shot in the area since the Sonmarg Development Authority had banned vehicle movement there.

The Tourism Board has requested them to revert within a week on how they procured the permission to shoot in the stretch, which is an ecologically sensitive zone. The reports also state that local environmentalist Faiz Bakshi has alleged in a PIL filed in the high court, that the film’s crew flouted rules during the shoot where Abhishek Bachchan was also present.

Mr. Bakshi has been reported to say “The area is a gated property. So obviously, someone higher up allowed that entry. This is a lapse on the part of the local administration. There are five departments required in granting permission — the District Magistrate, Department of Tourism, Sonmarg Development Authority, Department of Wildlife Protection in Kashmir, and the cops. I won’t say the filmmaker is not to be blamed, but the unit couldn’t have done it by themselves,”.

The production house has however been reported to refute the allegations and have maintained that shooting was conducted after gaining proper permissions from the Department of Tourism and Department of Wildlife Protection in Kashmir.