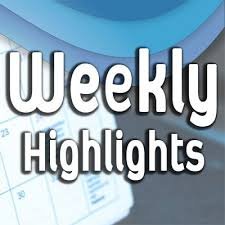 Producer Ronnie Screwvala’s Unilazer Ventures Pvt. Ltd (through its division RSVP) has filed an information against cinema exhibitors PVR, Inox, Cinepolis,Carnival Motion Pictures and FICCI Multiplex Association of India for anti-competitive collusion among themselves primarily with respect to :

RSVP has alleged that the multiplex owners form the substratum of a cartel engaged in practices which determines prices, controls, limits and restricts production, distribution, investment, technical development, exhibition and exploitation of films by theatrical mode and more importantly share the market thereby having an appreciable adverse effect on competition in India to the prejudice and detriment of the interest of the consumers and impinging upon the freedom of trade of producers/ distributors/ content creators.

RSVP has prayed that the opposing parties be restrained from imposing any unfair and unjustified fees and restrictions including VPF and be restrained from in any manner obstructing or hindering the exhibition of RSVP’s films which impair the fundamental rights of their free trade and profession. Further that an investigation be undertaken with regard to their anti-competitive collusion and understanding which results in imposition and collection of VPF, forcing of standard and non negotiable revenue sharing agreements, unfair holding up of advance payments, etc.

The Supreme Court vide its order dated March 15, 2019 has directed the Government of West Bengal to ensure that no obstruction or restraint of any kind whatsoever is imposed on the viewing of the Bengali film ‘Bhobishyoter Bhoot’ or on the film being screened in theatres.
The Court further directed the Chief Secretary, the Principal Secretary, Department of Home and the Director General of Police, State of West Bengal to ensure that adequate arrangements for security are made to facilitate the screening of the film and to ensure that the viewers and the audience are not endangered and there is no danger to the property of the theatres where the film is being or will be screened.

While passing its order, the Supreme Court held that “Repeatedly, in decisions of this court, it has been held that once a film has been duly certified by CBFC, it is not open to any authority either of the State Government or otherwise to issue formal or informal directions preventing the producer from having the film screened. Such actions of the State directly impinge upon the fundamental right to the freedom of speech and expression guaranteed under Article 19(1)(a) of the Constitution of India.”

Vijay Gopal , the president of the Hyderabad-based ‘Forum Against Corruption’, had filed an RTI query with the Reserve Bank of India which revealed that platforms providing movie ticket booking services do not have any authority to levy handling fees on customers and that they are in violation of the RBI’s Merchant Discount Rate (MDR) regulations. The MDR is a payment gateway fee paid by the merchant to the bank for accepting customer payments via debit or credit cards. In the RTI response, RBI stated that the fee has to be paid to banks by merchants for internet-based online transactions. But when it comes to movie tickets, this fee is now being passed on to the consumer by online ticket booking portals, like BookMyShow for instance.

Actor Ayushmann Khurana along with producer Dinesh Vijan and director Amar Kaushik have been facing legal trouble over his next film titled ‘Bala’, which is about a man dealing with premature balding. A case has been filed in the Bombay High Court by, Kamal Kant Chandra, the assistant director of ‘Shaadi Mein Zaroor Aana’, alleging the trio of stealing the script from his creative project ‘Wig.’

Reportedly, Chandra stated that he had shared the idea of the same story with the actor over Whatsapp. It was also stated that Ayushmann approved of the idea and even called him for a meeting, which never materialized. However, the actor stopped responding to Chandra’s messages and came up with a similar film idea after a few days. Chandra added that he had also sent a legal notice to the trio but as they failed to respond to the same, he proceeded to file a case against them.

When asked about the same, director Amar Kaushik stated that they had been scripting the story since the past four-five months and there could be a possibility of the characters being the same. He also went on to state that as far as the legal case was concerned, the producers would handle the matter.

The national award winner for the documentary ‘The Eyes of Darkness’ journalist turned filmmaker, Amitabh Parashar, has sent a legal notice to Bhushan Kumar’s T-series. He is alleging them for pilfering his ideas of the script of its upcoming movie ‘Khandaani Shafakhana’, starring Sonakshi Sinha and Anu Kapoor.

Parashar, through his legal notice, stated that he had developed the idea of comedy film, titled ‘Bhaag Mohabbat’ which revolves around the world of street sex doctors and had approached the production house last year to discuss the same. For this, he had met with T-series’ Mukesh Desai and also narrated the same in brief to Anjali Bhushan of the same company. He further stated that he had mailed them a soft copy of his script in March 2018 for which he had received an acknowledgement and also got it registered with the Screen Writer’s Association, Mumbai.

However, Parashar, in January, read in a newspaper that the production house had greenlit a film that had uncanny resemblance to his script with the exception that the title of the film was changed from ‘Bhaag Mohabbat’ to ‘Khandaani Shafakhana.’ He further added that with the announcement of the T-Series film, he could no longer proceed with the story, thereby suffering a huge loss.

Bhushan Kumar has however denied the allegations stating that there is absolutely no similarity between the two scripts and that the film they were making was completely different. Parashar has however demanded damages to the tune of Rs. 5 crore from the banner.

The Madras High Court, vide order March 12, 2019, refused to quash a defamation complaint against veteran film director, Bharathiraja, noting that a charge sheet had already been filed in the case. The case was filed on a complaint by a city resident, V G Narayanan, alleging that the remarks made by the director in January 2018 about Lord Vinayaka had adversely affected the sentiments of Hindus. The director was also granted an anticipatory bail by the high court on May 23, 2018 after he apprehended arrest in the case.

Bharathiraja had earlier in his petition stated that he had only expressed his views on the Andal controversy involving lyricist Vairamuthu, but the police had chosen to register the FIR about four months after the alleged remarks which were made in January. Claiming that the case had been foisted mala fide intention, the director stated that he had been booked because of his participation in the agitations demanding constitution of Cauvery River Water Management Board and for which he had been condemning the government for its inaction.

Justice G K Ilanthirayan while passing the order stated that since a charge sheet had already been filed, the director was not entitled for the relief he sought for.

The social media giant Facebook, on March 14 announced licensing partnership with Indian music labels such as T-series, Zee Music Company and Yash Raj Films that would allow users express themselves with music in their posts on its platform as well as on Instagram. It will allow its nearly 300 million users to include their favourite music in videos, posts, messages, stories and other creative content. Before this partnership, Facebook pulled down any post that used music of famous music labels due to copyright issues. Facebook, who has already partnered in the music community in more than 40 countries, stated through a blog post that they would be adding other partners in the near future as well.

The Delhi High Court, on March 12, 2019, issued notices to the Central Government and the Central Board of Film Certification (CBFC), in a plea seeking the release of the film titled ‘Me Too’ by the producer.

Sajid Iqbal, the producer of the film, had moved the High Court, after the Film Certification Appellate Tribunal (FCAT), Delhi declined to excuse the delay in filing an appeal against an order passed by the CBFC. Vide its order passed in December 2018, the CBFC had restricted the public exhibition of the film to adults by granting it ‘A’ certificate. It had also directed the producer to make several alterations to the film before its release, that also required a change in the title ‘Me Too’.

Justice Vibhu Bakhru issued the notice, to the Central Government and the CBFC. The matter has been further listed for hearing on May 3, 2019.

NETFLIX TO SET OWN OFFICIAL AGE RATINGS UNDER BRITISH BOARD OF FILM CLASSIFICATION SYSTEM, FOR UK

Netflix will soon collaborate with the British Board of Film Classification (BBFC) to set the official UK age ratings, by using a new algorithm, for its entire catalogue of films and shows. Netflix will become the first company to be granted the seal of approval by BBFC to determine its own age ratings, and could be the starting point for the self-regulatory system to be extended to other streaming services.

The new process will be tested in a yearlong pilot program; to make sure Netflix’s process produces ratings that are consistent with the BBFC’s classification guidelines for the UK. Netflix will also tag manually, content that contains violence and swearing, for example, and the algorithm will pick the appropriate age rating. The BBFC has also published a set of guidelines for streaming and gaming platforms to achieve “greater and more consistent use of trusted age ratings online”.

The BBFC recommends wider use of their age classifications on online video and the equivalent Pan European Game Information (PEGI) symbols for games.