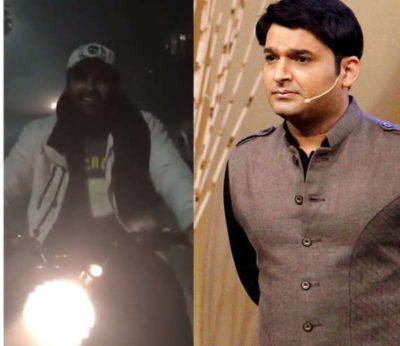 As per reports, Independent Students Federation has filed a complaint against TV comedian Kapil Sharma for allegedly violating traffic norms during his recent visit to Amritsar. President of Federation, Keshav Kohli, in a complaint lodged with police, alleged that during his recent visit to Amritsar, Kapil Sharma was over speeding on a Bullet motorcycle, that too without wearing a helmet.

He said that Kapil Sharma was a local native of Amritsar and was a role model for millions of his fans, and that he should have obeyed the traffic norms. In the video, which is going viral on the internet, Kapil Sharma is seen riding a Bullet motorcycle.