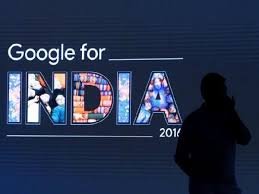 As per reports, Google has filed an appeal at the National Company Law Appellate Tribunal (NCLAT) against CCI’s order that found it guilty of “search bias”. The appeal was filed on Monday i.e. April 9, 2018.

As reported here, the Competition Commission of India (CCI) on Feb 8, 2018 had imposed a fine of INR 136 crore on Google for unfair business practices in the Indian market for online search. The Commission had found that Google, through its search design, had placed its commercial flight search function at a prominent position on the search results page to the disadvantage of businesses trying to gain market access. The ruling had resulted from complaints filed by Matrimony.com and Consumer Unity & Trust Society (CUTS)—back in 2012—against Google LLC, Google India Pvt Ltd and Google Ireland Ltd. Read order here.

Last year, The European Commission imposed a record 2.4 billion euro ($3 billion) fine on Google for favoring its shopping service and demoting rival offerings. Google has appealed against the verdict.