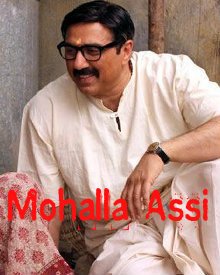 Delhi high court dismissed CBFC’s review petition seeking reconsideration of single bench’s decision to allow release of movie Mohalla Assi with ‘A’ certificate. CBFC had refused to grant certificate to Mohalla Assi in April 2014, for reasons that “the movie was full of abusive words, derogatory remarks against a particular community, inflammatory speeches, political linkups, sentiments that are hurting for a particular local area, abusive words against women” and that the certification “may hurt the feelings of community, (and create) law and order problem, etc.” FCAT, on appeal, had directed introduction of a disclaimer and 10 cuts, while reserving the right to review the film and reconsider the matter, after such changes were introduced. Crossword Entertainment, the producer of the film, had approached the high court under writ jurisdiction. The high court, on 11 December 2017, had directed that Mohalla Assi ‘be certified accordingly as restricted in its exhibition to the adult audience’. The court had quashed nine out of ten cuts mandated by FCAT. The court was of the opinion that when viewed in the overall context of the film, the allegedly objectionable scenes did neither offend sensibility or morality, nor portray obscenity or vulgarity. The court, however, upheld, FCAT’s direction to introduce a disclaimer.