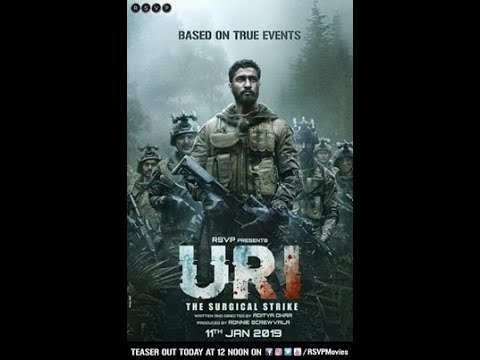 As per reports, a Delhi court presided by Additional District Judge Gaurav Rao on December 19, 2018 has issued summons to the producer of the upcoming film, ‘Uri: The Surgical Strike’, Ronnie Screwvala as well as its writer and director Aditya Dhar in a copyright infringement suit. They have been directed to appear before the court on January 3, 2019. The suit has been filed by Nitin A Gokhale, author of the book, ‘Securing India-The Modi Way, Pathankot, Surgical Strikes and more’ alleging that the film is substantially based on his book which amounts to copyright infringement as his permission was not obtained for such exploitation. The suit has sought deletion of the content of his book from the film and permanent injunction on the release of the film which is proposed to be released on January 11, 2019.

Since the film is based on a real life incident,  it would have to be seen as to what portions of the Plaintiff’s book is he claiming to have been infringed by the film makers. If the makers of the film have based the film on information available to the public / public records, they may have a strong defence against copyright infringement.

As per reports, the Court has asked the film’s producers to settle the issue with the author.

The lawyer for the film makers informed Additional District Judge Gaurav Rao that there was no copyright on the facts and ideas. A lot of information was in the public domain after the incident and mere similarities between the film and the book cannot be termed as a copyright violation.

Gokhale’s advocate told the court that the film infringed the copyright as the contents of the book were used without taking the author’s permission. Further that the facts used in movie’s final script, including information about planning and strategy of the government, were lifted from the book. They claimed that a lot of changes were made in their final script after the complainant’s book was launched which were not in the first script of the movie. There was a substantial deviation from their first script after the book was published.

The court has posted the matter for further hearing on January 7. The movie is scheduled to be released on January 11.

Delhi High Court and (its) “Ziddi” IP Protection – A Jarred...