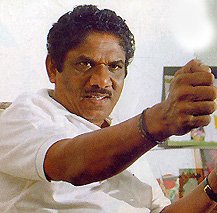 As per reports, the Madras High Court on February 13, 2018 ordered the police to register an FIR against film director P Bharathiraja if a cognizable offence is made out against him after a plea alleged that he spoke ill of Hindu gods during a film function last month. The petitioner submitted that Bharathiraja, while attending a film function on January 18, had spoken ill of Lord Ganesha and Godess Andal “with a deliberate intention to hurt the feelings of Hindus.”

Acting on the petition by V G Narayanan, Justice M S Ramesh directed the police to register an FIR if a cognizable offence is made out.

The petitioner stated that he had already filed a complaint with police on January 19. However there had been no action which forced him to file the petition in court, he said.