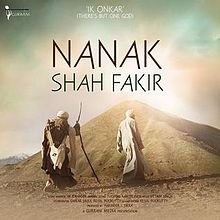 As per reports, two days after the Shiromani Gurdwara Parbandhak Committee (SGPC) urged the Union and state governments to ban the movie ‘Nanak Shah Fakir’, Sikh temporal seat Akal Takht on April 9, 2018 announced a “ban” on its screening and appealed to the Sikh community to oppose it “in a peaceful manner” ahead of its re-release scheduled for April 13, Baisakhi.

Takht jathedar Giani Gurbachan Singh reacted a day after “parallel” jathedars, “appointed” at a radical groups’ Sarbat Khalsa (congregation) in 2015, also announced a “hukamnama” (edict) against the movie based on the life of the first Sikh master, Guru Nanak. The chief objection is that portrayal of the gurus or their family members in human form is a violation of Sikh tenets, though the movie claims to have only used graphic effects to outline Guru Nanak.

The producers have already refused to hold it back at this stage, citing a U-turn by the top Sikh bodies that had approved it and even appreciated it. The Takht has now changed its stance as was done by the SGPC, which had issued clearance to the movie. After the initial ban in 2015, the SGPC under the headship of Avtar Singh Makkar later formed a sub-committee and, on its recommendation, the Sikh ‘mini-parliament’ gave approval a year later, on May 13, 2016, by issuing a letter signed by the then chief secretary, Harcharan Singh.

A Jathedar has been reported to be saying that the SGPC during its recent budget session demanded representation on the Central Board of Film Certification (CBFC), or the censor board. Now the temporal seat has decided to form its own censor board. “This board will include representatives of the SGPC, Delhi Sikh Gurdwara Management Committee (DSGMC), Sant Samaj, Sikh sects and other Sikh institutions, Sikh historians and intellectuals, religious personalities and filmmakers. Permission of this board will be mandatory for the script for every filmmaker before making a film related to Sikh religion. On recommendation of this board, Sri Akal Takht Sahib will be giving final approval to any of such movie.