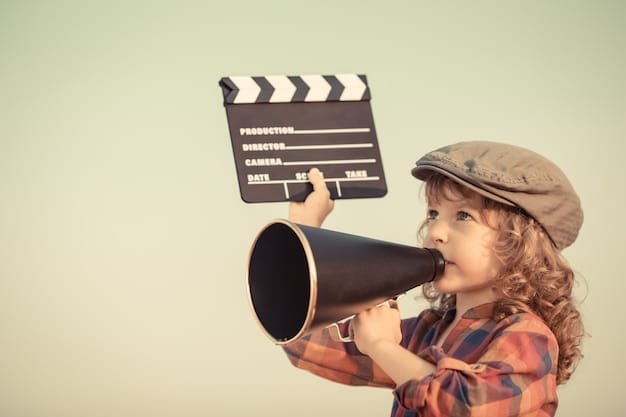 One industry that took off massively during the pandemic was the media and entertainment industry, and with the content churned out by the platforms day in and day out, it has become crucial to upgrade the legislative ecosystem to keep up with the evolution. One such issue that was recently intended to be addressed was safeguarding the rights of children who work in this fast-paced media and entertainment industry. The National Protection for Commission of Child Rights (“NCPCR”) intended to address this issue with guidelines to protect the interest of children in showbiz in 2010-11 (“Old Guidelines”), ecology of the media industry has changed and since then the legislations addressing the issues for minors have evolved owing to plenty of societal changes this country went through in the last decade. Keeping up with this rapid evolution in, NCPCR recently released a revised set of draft Guidelines for minors working in the entertainment industry (“New Guidelines”). You can access these Guidelines here.

While there is an overarching emphasis on the compliance of the Juvenile Justice Act, 2015 and principles laid down under the United Nations Conventions on the Rights of the Child, the New Guidelines have been derived from the laws which were brought into force for minors in the last decade i.e., from the provisions under the Juvenile Justice Act, 2015, Child Labour Amendment Act, 2016, Protection of Children from Sexual Offences Act, 2012, Information Technology (Intermediary Guidelines and Digital Media Ethics Code) Rules, 2021, Child and Adolescent Labour Act, 1986 and Child and Adolescent Labour Rules, 2017 etc.  Although many of these provisions were present in the Old Guidelines since these New Guidelines are derived from the laws mentioned above, most of the provisions herein have penalties attached to them against the defaulting producers/parents and legal guardians who are in violation of the New Guidelines.

These New Guidelines cover all the formats in which the content is created and disseminated i.e., they apply to reality shows, TV, films, news media, social media, content on OTT platforms, performing arts, advertisements and all mediums which involve children in commercial entertainment activities and further they apply to all the entities/persons involved in the production and broadcasting of the content including the Central and State Government authorities involved in monitoring the enforcement of laws in relation to minors.

The impact of the New Guidelines will be discussed in two parts wherein this article covers the provisions which producers/production houses and social media content creators would be expected to adhere to once the New Guidelines come into force and the next article would cover the compliances expected from the news media agencies and advertising agencies.

1.2. Disclaimers: Any film engaging child artists needs to have explicit disclaimers stating that all the measures were taken to ensure that there has been no abuse, neglect or exploitation of such child during the entire process of the shooting;

1.3. Casting and portrayal of minors: The stipulations laid in the New Guidelines for the portrayal and casting of minors include age-appropriate casting, prohibition on the casting of minors for any content consisting of nudity, prohibition on comments which have a negative psychological effect on the minors, prohibition on portraying children promoting alcohol, smoking or other illegal substances. Further, if the content deals with matters of child abuse the same has to be sensitively handled keeping in mind the overall welfare of the children who are cast in these shows.

1.4. Presence of Parents/Guardians and Wages:

a. The New Guidelines mandate the presence of one parent or legal guardian for children above and below the age limit of 6 years both on set and during the travel days of the production schedule. Further, if an infant is engaged by the producers, apart from the parent/legal guardian, a midwife or a nurse has to be made available on the set at all times. The services of the infants cannot be availed by the producers for more than an hour on given shoot days.

b. Apart from the above, producers will have to dedicate one personnel from the production team per 5 children to ensure the safe keeping of children on set.

c. With respect to the consideration paid to minors for availing their services, Producers will now have to ensure that at least 20%per cent, of the income earned by the child from the production or event, is directly deposited in a fixed deposit account in a nationalised bank in the name of the child which may be credited to the child on attaining majority. If the child is an extra or a background artist, the producers are exempted from this provision.

1.5. Safety of Children and Working Hours:

a. Physical Conditions and Safety of Child: Pursuant to Section 7 of the New Guidelines, the Producers will now be expected to follow the below mentioned:

i. Producers have to develop guidelines and provisions which ensure the safety of children engaged in the audio-visual content.

ii. No minor can be exposed to harmful lighting, irritating or contaminated cosmetics. Apart from the above, every person coming in contact with the said children has to submit medical fitness certificates which include a certificate for not carrying obvious contagious disease before shooting with minors and police verification of such staff shall be done by appropriate authorities.

iii.Producer has to ensure the availability of nutritious food, recreational facilities and restrooms at all times, separate dressing rooms have to be allocated for minors (minors cannot share a dressing room with a person of the opposite sex), first aid and medical counselling during the production schedule of the audio-visual content.

iv. Producers have to comply with all the laws in force with respect to minors while hiring children.

b. Working Hours: Undermentioned provisions have been laid out with respect to the working hours of children:

i. No child can work for more than one shift with a break every three hours and no child will be allowed to work overtime or between 7 p.m. and 8 a.m. The period for which the child is required on the set shall not be more than 6 hours which is inclusive of rest time, travel time and break time on set.

ii. Every child will be given a minimum of one day’s leave during the production schedule.

iii. No infant below the age of 3 months can participate in any shows save and except for programmes for the promotion of breastfeeding or immunization.

The identity of the child, or any personal detail of the child shall not be revealed without the prior permission of the parent/legal guardian.

The provisions drafted under the New Guidelines mandate producer to ensure implementation of Section 3 of the Child Labour Act, 1986, and in the context of the Right to Education Act, 2009.

The Producers have to ensure that no child is allowed to work for 27 consecutive days and appropriate facilities for the education of the child are made available on set to ensure continuity to their lessons in school. Producers are now mandated to appoint private tutors in case the child is excused from school attendance because of employment in the entertainment industry. Further, participation of children in recorded/live entertainment programmes may be done preferably on holidays so that the child does not miss school

A minimum number of working days or instructional hours in an academic year of the child should be maintained as provided below:

The New Guidelines have bifurcated social media content creation into two categories: i) Content made by the organizations or production houses and ii) the content created by a child or their families. While the former is governed by Chapter 2 of the Guidelines, the latter is governed by Chapter 5 of New Guidelines, wherein children who are portrayed in the content created by the family have now been categorized as children working for family enterprise as provided under Section 3(2) (a) Child and Adolescent Labour Act, 1986. The overview of the provisions is as below:

2.1. The provisions are the same with respect to the portrayal of the child on social media intermediaries as mentioned in Chapter 2. With respect to payment of wages for children, the onus is now put on parents/guardian/siblings publishing the content on social media intermediaries to deposit 20% of the income earned by the child in a nationalized bank in the name of the child which may be credited to the child on attaining majority.

2.3. Working Conditions: Akin to Chapter 2, the provisions under Chapter 5 draw parallels from Section 3 of the Child and Adolescent Labour Act, 1986, wherein the emphasis is laid on the education of the child helping with his family enterprise and further lays down the conditions elaborated in Rule 2B of the Child Labour (Prohibition and Regulation) Amendment Rules, 2017 wherein a child:

b) shall only be allowed to help in his family, or in a family enterprise, where his family is the occupier;

c) shall not perform any tasks during school hours and between 7 p.m. and 8 a.m.;

d) shall not be engaged in such tasks of helping which hinders or interferes with the right to education of the child, or his attendance in the school, or which may adversely affect his education including activities which are inseparably associated to complete education such as homework or any extracurricular activity assigned to him by the school;

e) shall not be engaged in any task continuously without rest which may make him tired and shall be allowed to take rest to refresh his health and mind, and a child shall not help for more than three hours excluding the period of rest in a day shall not include in anyway substitution of the child for an adult or adolescent while helping his family or family enterprise; and

f) Any such employment of a child in the family enterprise shall not be in contravention to any other law for the time being in force;

The Author is an intellectual property law attorney with a career spanning over 4 years and is currently working as a Senior Associate with Desai and Partners.