The Madras High Court had previously issued an interim injunction deferring the scheduled release date of the film.  The copyright in the novel written by Tamil writer Sujatha (also titled Kolaiyuthir Kaalam) was acquired by the Plaintiff Balaji Kumar, who went on to file the application for an injunction as releasing the film with the same name would amount to violation of his copyright.

As reported by The New Indian Express here, the Hon’ble Justice Krishnan Ramasamy vacated the interim injunction restraining the release of the film. The Madras High Court reiterated that a common name title cannot be protected under the Copyright Act.

The abovementioned judgment was not available on the website of the High Court at the time of publishing this article.

A title of a film does not qualify for being described as a ‘work’ and is not entitled for copyright unless proved that it has acquired any goodwill by itself, this proposition of law is well settled under a catena of judgments, some of them are mentioned hereunder:

A title by itself is in the nature of a name and is not complete by itself, without the work i.e. a title does not qualify for being described as ‘work’.

The combination of two words ‘desi’ and ‘boys’ cannot be said to have anything original in it.

The Hon’ble Court opined that, ‘no copyright subsists in the title of a literary work and a plaintiff or a complainant is not entitled to relief on such basis except in an action for passing off or in respect of a registered trademark comprising such titles.’ ….

In relation to the cause of action of copyright infringement, the Hon’ble Court relied on the judgment passed by the Apex Court in the matter of Krishika Lulla (supra), wherein it was held that there can be no copyright over film titles.

The Court also opined that a title may be entitled to protection, if substantial reputation and goodwill is established, per se, in the absence of extensive use, they would not be protectable. The Court observed that since the film had not been released and the title had not acquired distinctiveness, the title could not be protected under the law of passing off either.

This case was decided way back in 2007, wherein the Court held that it must be proven that a title had acquired a wide reputation amongst the people and industry i.e. the title should have acquired a secondary meaning to seek protection of the law.

In this case the Hon’ble Division Bench set aside the interim order granted by the learned Single Bench and reiterated that a commonly used word kept as the title of a movie cannot be protected under the law of copyright.

In my opinion, the issue pertaining to protection of title is well settled and the Courts should not spend much of their time on such matters. There are numerous issues before the industry that could use a precedential ruling. 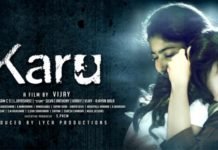