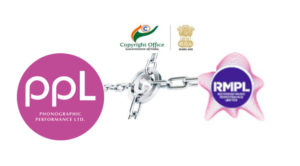 In the writ petitions filed by Phonographic Performance Limited for setting aside (i) the order dated 25 May 2021 passed by the Government rejecting the application filed by PPL for re-registration as a copyright society and (ii) certificate of registration dated 18 June 2021 granted to Recorded Music Performance Limited (RMPL), the Delhi High Court has vide its order dated 9 March, 2022 set aside both the impugned orders and directed the Government to re-consider the application of PPL for re-registration on merits, as being filed in time. The Court has further asked the Government to undertake this whole exercise within a reasonable time and the outcome be communicated to PPL. Read order here.

The Delhi HC held that:

As covered in our post here, the brief background to the case is as under:

Submissions of the Parties:

PPL argued that the observations made by the Government in the impugned order are completely erroneous, incorrect, unreasoned, arbitrary, without application of mind and contrary to the principles of natural justice.

Government argued  that a) the case put up by PPL was never put up in the correspondences and it cannot seek the principle of promissory estoppel against the Government as there was never any promise by the Government to accord consent for re-registration of the petitioner’s society as such application, filed in January 2018, was much beyond the two months period as prescribed in the Rules; and b) reference was made to Dange Committee Report enquiring about the misdeeds of M/s. Indian Performing Right Society Limited (IPRS), another society and during the course of enquiry it was found some directors of IPRS were common in PPL and since IPRS had made changes per recommendations of the Government, it was re-registered.

RMPL argued that a) PPL though sought re-registration vide letter dated 2013 but sought its withdrawal and hence its application automatically stood surrendered. Even otherwise PPL was not desirous to continue to function as a society as despite the Central Government declined to accept their letter, PPL had actually withdrawn its application for re-registration by its conduct since it started taking licenses from the assignees / authors and started acting as authors for giving licenses to various persons, hence to say that their application was pending is totally frivolous; b) the Central Government was rather satisfied that PPL were mismanaging hence, it did not grant re registration and it was well within its power under Section 33 (4) of the Copyright Act; and c) PPL rather elected to act as assignees of the authors and hence could not have claimed any lien over re-registration of its candidature as once it had elected a position, it could not have changed its position to its benefit if the registration was awarded to RMPL. Reference was made to Karam Kapahi and Others vs. Lal Chand 2010 (4) SCC 753 and National Insurance Company vs. Mastan and Others 2006 (2) SCC 641 (d) PPL’s case falls under Rule 47(2) of the Copyright Act, which deals with the re-registration and not Rule 49 and thus, even if opportunity of being heard was not granted then also it did not cause any prejudice to PPL (Reference made to Dharmapal Satyapal Limited vs. Deputy Commissioner of Central Excise 2015 (8) SCC 519). (5) A hyper technical view ought not be taken qua the compliance of natural justice since no prejudice is caused to the petitioner by not giving a hearing. Reference was also made to K.L. Tripathi vs. State Bank of India 1984 (1) SCC 43.

Findings of the court:

Should the Government consider granting registration to multiple societies for same class of works?

It could be argued that Section 33 read with Rule 49 gives a discretionary power to the Government to grant registration to more than one copyright society even if there exists a well functioning copyright society for the same class of works. This is not uncommon and there are several jurisdictions including USA where multiple societies for same class of work are registered (ASCAP, SESAC, BMI). The Government has held several stake holder meetings to that effect.

It would have to be seen if the Government/ RMPL files an appeal challenging this order. 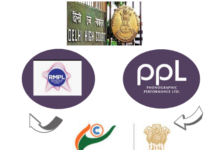 RMPL vs PPL: DELHI HIGH COURT AS A PRO-TEM MEASURE REINSTATES RMPL AS A COPYRIGHT SOCIETY FOR SOUND RECORDINGS WHILE AT THE SAME TIME... 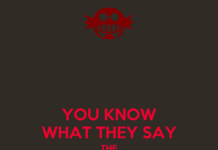