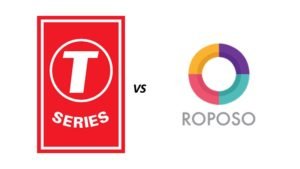 Roposo, a video sharing service backed by global venture capitalists Tiger Global and Bertelsmann as lead investors has been sued before the Delhi High Court by T-Series, for violation of copyright in thousands of its songs.

T-Series asserted that Roposo has been violating its copyrighted content in a number of ways on the Roposo App including by illegally ripping/extracting copyrighted songs belonging to T-Series and several other music labels from the phones and devices of its users especially from their Apple Music and Google Music accounts. They further contended that Roposo was illegally compiling its songs into a Music Library for use by users and brand owners alike and is also egregiously using the songs within video advertisements and contests run by Roposo and creating effects/filters with T-Series songs amongst other violations, all without taking any license from T-Series. T Series has also alleged that the Defendants are guilty of knowingly, removing/altering Rights Management Information pertaining to its copyrighted songs without its permission and/or any authority in complete violation of Section 65 B (i) of the Copyright Act and are also liable for knowingly distributing, broadcasting and communicating to the public infringing copies of T-Series’ songs without its permission and/or authority, with knowledge that electronic Rights Management Information  of the said songs has been removed and/or altered without any authority of T-Series and hence liable under Section 65 B (ii) of the Copyright Act, 1957.

As per the order uploaded on the Delhi High Court website here, Plaintiff’s grievance is that defendant Nos.1 to 4 which control and operate the short video sharing services known as Roposo, provided services including website www.roposo.com and a mobile application under the name Roposo. It is the claim of the plaintiff that by the said services the defendants are exploiting the plaintiff’s copyrighted work without any license by actively modifying the music, abetting and inducing users to exploit the same for their commercial use. Learned counsel for defendant Nos.2, 3 & 4 submitted on a without prejudice basis that they had created a music library which contain popular music including to which the plaintiff had the copyright and when the plaintiff issued notice to defendant Nos.2,3 & 4, the defendants have taken down substantial portion of the music library, extracting and effects tools, which allegedly infringed the plaintiff’s copyright. Learned counsel for defendant Nos.2,3 & 4 further submitted that defendant Nos.2,3 & 4 be given two days time to sit with the plaintiff and ensure compliances of the alleged violation as mentioned in the plaint (para 41) which can be done by defendant Nos.2,3 & 4 within the legal frame work, which would be reported to the Court on the next date of hearing, whereafter this Court can further proceed with the matter and pass necessary orders after hearing both the parties. The Plaintiff had no objection to the same. Matter is listed on August 31, 2020.

When contacted on this development Neeraj Kalyan President at T-Series stated, “It’s a matter of shame for global major venture funds that they are backing music pirates for commercial gains. It has become fashionable for such pirates to seek refuge under ambiguous provisions of law and claiming to be an intermediary or are entitled to any safe harbour protection given the number of direct instances of infringement by Roposo and others like them.  Their actions are contradictory to their bogus claims as their actions and offerings in the App clearly show commercial synchronization, encouraging users to upload videos containing infringing content, curation of our music in an audio library as well as monetization of our songs directly by Roposo. Having admitted before the court to having provided our content in the music library and ripping/extracting our songs, to now say that the content is user generated or that Roposo is an intermediary is just misleading, an eye-wash and a futile attempt to justify their crimes. In fact, as I understand the law also requires that even intermediaries, which Roposo is not, to conduct regular due diligence of its platforms and prevent such violations proactively and not wait for a takedown notice. None of what Roposo is doing is intermediary behavior and instead requires a specific license under copyright law. We expect a company backed by global investors such as Tiger Global and Bertelsmann and operated and run by global names such as Glance InMobi to be well aware of the law and considerate of the market realities, especially of the fact that  virtually every other similarly placed service including ‘Sharechat’, “Moj”, ‘Facebook’, ‘Tik-Tok’, ‘Instagram’ etc has taken a license from us for such features and offerings. We have zero tolerance policy against any kind of infringement, however, we are always open to license our content and will be happy to initiate meaningful discussions in this regard.

Earlier this week, T Series announced its licensing deal with Sharechat & Moj to license its music catalogue on the platforms. There is a pending litigation between the Parties which may now be settled in view of the licensing deal. Lahari Music had also initiated action against Sharechat, covered here.

Update: August 31, 2020- Defendant No. 3 i.e.  Glance Digital Experience Pvt. Ltd filed an affidavit (on a without prejudice basis) stating that their app ROPOSO does not permit the upload of any songs residing on the user’s device. They however expressed their inability at the moment due to the volume and the nature of relationship between the defendant No.3 and the user being that of an intermediary and claimed that in case defendant No.3 is provided with the identified URLs, the defendant No.3 would take down the same also as it has already done by removing URLs identified by the plaintiff in the legal notice dated 16th July, 2020 and the email dated 7th August, 2020 as also the URLs in the suit.

The Court was not inclined to pass an ad interim injunction of a sweeping nature as sought in the interim application without hearing the parties. The Court also asked the Defendant No. 3 to consider whether the grievance made by the Plaintiff in para 41(f) of the plaint by way of a digital mechanism and inform the same to the court on the next date of hearing.

[As per information received, para 41(f) of the plaint alleged that after extraction/ripping of songs the same are made available by the Defendants to/by millions of users by way of storing, hosting, allowing download and further digital dissemination, reproduction, issuing copies and communication of the infringing songs through sharing on other third party platforms.]