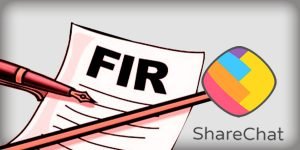 Recently, an FIR was filed against ShareChat, an application owned by Mohalla Tech for an alleged copyright violation. The FIR was lodged in Bengaluru on the basis of a complaint made by a music production company, Lahari Recording. The complainant is the owner of copyright over various sound recordings and audio visual recordings, and the underlying literary and musical works therein. It alleged that ShareChat has infringed its copyright by providing these works on its platforms to various users without obtaining the due licensing permissions.

To understand the deeper implications of the case, it is important to understand the functioning of this platform. ShareChat is a content sharing platform, which allows users to generate and share their creative content with other users. Users upload content including various sound recordings in 15 languages, and are also provided with sound recording made available on the platform. Lahari Recording claims that these recordings are not duly licensed and therefore violative of their copyright protection. To the contrary, supporters of ShareChat claim that it is merely an intermediary and is therefore not liable for any infringement pursuant to the ‘safe harbour provisions’ provided by Section 79 of the Information Technology Act, 2000.

The long winding debate regarding infringement liability versus safe harbour protection has become more relevant in this day and age. There is a rapid rise in the number websites and applications that cater to the interest of the users by providing them a platform for sharing content or even access to what is (mostly) copyrighted content. It is imperative to draw a distinction between platforms that can claim an exception from liability as intermediaries, and platforms which are wrongfully exploiting protected content under the garb of being ‘intermediaries’.

At this point, it is important to understand the position of law with regard to infringement and intermediaries.

The Copyright Act, 1957 protects the rights of authors/owners with respect to literary, musical, dramatic, artistic works, sound recordings and cinematographic works. Section 14 of the Act grants the owner of the works an exclusive right to do or authorise to do the acts mentioned therein. Copyright in a work is deemed to be infringed, by virtue of Section 51, when any person, without a license granted by the owner of the copyright does anything, which is the exclusive right to do conferred by the Act upon the owner.

The Copyright Act does not lay down the definition of intermediaries. For this purpose, reliance has been placed on the Information Technology Act, 2000. The IT Act defines ‘intermediary’ under section 2(w) as:

Therefore, the factors that are important in the analysis of whether an entity is an intermediary are:

Therefore, only an entity that acts as a platform or a facilitator between a person and the end-user, where the entity is only involved in providing access to information, can be termed as in intermediary. The pivotal condition to be fulfilled is that any information held by the entity is done on behalf of another party (thus called third-party information), and not of its own accord. Further, an intermediary can seek protection of the safe harbour provisions of Section 79. In principle, it grants immunity to intermediaries for acts performed by third parties. Section 79(1) states that an intermediary shall not be liable for any third party information, data, or communication link made available or hosted by him. However, this exemption is subject to Sections 79(2) and 79(3). As per Section 79(2), the protections shall be granted if:

(i) initiate the transmission,

(ii) select the receiver of the transmission, and

(iii) select or modify the information contained in the transmission;

Since the first two conditions are separated by an ‘or’, it implies that fulfilling either one of the conditions shall suffice. The third condition, that of observing due diligence, is a compulsory provision that cannot be done away with. Section 79(3) stipulates that the intermediary shall not be granted the safe harbour if it has conspired or induced the unlawful act, or has not complied with the Notice and Take Down mechanism upon receiving actual knowledge that an unlawful act is being committed on its platform.

Lastly, the two legislations can be sufficiently linked by the Proviso to Section 81 which states that “…nothing contained in this Act shall restrict any person from exercising any right conferred under the Copyright Act 1957 or the Patents Act 1970.”

The case stands as a true example of above mentioned conundrum: infringement liability vs. safe harbour provision. ShareChat must first establish that it is an intermediary under the IT Act. Considering that it is so established, it would have to show that all conditions stipulated under Section 79 have been fulfilled to be exempted from liability.

Accordingly an argument can be made that ShareChat fails on the conditions of being an intermediary. It may be claimed that there are copyrighted works that are offered by the app itself of its own accord. However it is imperative to note that the app is mostly a platform to host, store, transmit and communicate to the public user-generated content. The point holds relevance as ShareChat can claim that it fulfils the conditions of being an intermediary because acts on behalf of the users, and is merely a platform for storing and sharing third party generated content.

The Indian Music Industry (IMI) has also raised another argument regarding ShareChat’s knowledge that there is infringing content on its platform. The IMI argues that the platform had a general awareness about the fact that there may be instances where an infringing copy is uploaded by a user, thereby even the platform should be made liable for secondary infringement. At this instance, attention must be drawn to the Delhi High Court judgement of Myspace Inc. vs. Super Cassettes Industries Ltd. In the landmark judgement, it was held that to be liable for secondary infringement, mere ‘general knowledge’ cannot suffice. It must be shown that the entity had specific/actual knowledge of infringing content on it platform. For this purpose, it may be contended on behalf of ShareChat that the complainant never approached the platform to notify it of the specific infringing copies.

This line of argument has since received support from various sources. After the FIR was filed, the Internet and Mobile Association of India (IAMAI) expressed concerns regarding the FIR. A stance was taken that the FIR was an overreaching step, and Lahari Recordings should have resorted to the Notice and Take Down Procedure provided by Section 79(3)(b) of the IT Act. In this regard the IMI has argued that by the virtue of Section 81 Proviso, which provides that no person is restricted from exercising their rights under the Copyright Act, which is what Lahari Recordings can rely on. Again, the Myspace case should be relied upon. It was held in that case that merely because there is a claim of copyright infringement does not preclude the application of Section 79. The defence of safe harbour for intermediaries is valid until it can be proved that the entity either (a) abetted/ conspired/ induced unlawful act, or (b) knowingly did not adhere to the notice and take down procedure after being informed by the relevant Government body of the infringing content. The Delhi HC laid down at paragraph 48 of the Myspace judgement:

“To put it differently, but for the proviso (to Section 81), copyright owners would have been unable to pursue legal recourse against Internet intermediaries. Under the current regime, while private copyright owners can still demand action against intermediaries who may themselves post infringing content, intermediaries can seek safe harbour where the content is uploaded by third party users or is user generated.”

Therefore, ShareChat can adequately claim the safe harbour provisions provided under Section 79, if it proves that the content on its platform is third-party content, and that infringing copy is not posted by it of its own accord.

This case has given rise to various contentions from bodies across India. On the one hand, IMI claims that Lahari Recordings must prevail because ShareChat does not fall in the definition of intermediary and also cannot claim safe harbour from liability. On the contrary, the IAMAI claims that the FIR is an overreach and that ShareChat merely acts as a conduit/platform for third-party information. It shall be interesting to see how the case unfolds. The most important question shall be whether ShareChat hosts copyrighted content without adequate licenses of its own accord and parties shall have to show whether the platform was acting merely as an intermediary or not.

It should become a prime concern of the legislators to determine whether the definition of the term intermediary should be broadly or narrowly construed. With the advent of multiple content sharing platforms, the safe harbour protection must be made more stringent. We see various platforms that do not host full length songs, but merely a few seconds of the sound recording and claim intermediary exception or fair use exception. Commercialisation of copyrighted work in this manner, by any person other than the owner, and without express authorisation is a clear violation of the very principles of copyright protection. It leads to the violation of an owner’s economic rights, and many times may also be used in a manner which is contrary to the author’s moral rights over the work. It is important that policies must be evolved to put into place a stringent mechanism to keep a check on entities that work under the garb of intermediaries and become commercially sound by infringing on the copyright of others. 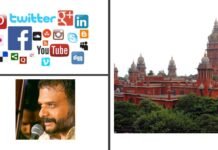 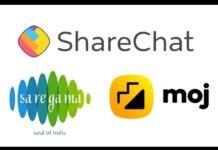