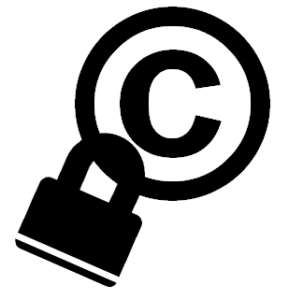 An important feature of the definition of authorship in a computer-generated work in the Indian Copyright Act is the phraseology involved, which states that the author is the person who “causes the work to be created” (Section 2(d)(vi) of the Indian Copyright Act). This is definitely different from one who “creates” the resultant expression directly and has been so phrased due to the uncertainty of the extent of human involvement in the final expression. Similarly, in the UK, the CDPA, in section 9(3) provides that the author of a computer-generated work shall be taken to be the person by whom “the arrangements necessary for the creation of the work” are undertaken. This phraseology clearly shows the difference in the kind of effort which is rewarded by virtue of authorship in an original literary, dramatic and musical work, created directly by a human and one where arrangements/ causation has been rendered/facilitated by a human, through investment of money and arrangements, as in the case of a sound recording or a cinematographic work.

In the case of a sound recording or a cinematographic work, the rightsholder or the author, as can be inferred from the Act, is the producer (Section 2(d)(v) of the Indian Copyright Act), who generally is not the author in its traditional sense, but rather is one who undertakes the financial investment and makes the necessary arrangements for the work (sound recording or cinematographic work) to come into being. In lieu of the same, due to non-involvement of an authorial (in its traditional sense) contribution of skill and judgment, a requirement of originality for such works to be protected has been omitted in the Act  (Difference between the provision in Section 13(1)(a) and 13(1)(b),(c) in the Indian Copyright Act), and the protection and rights are limited to only (a) making of a copy (physical or electronic), (b) economic rights (selling, rental, offer for sale) and (c) communication to the public. (Section 14(d), (e) of the Indian Copyright Act). What is omitted herein are adaptation rights and reproduction rights which are restricted to authors of original literary, dramatic, musical and artistic works, as against investment-based works.

However, in the judgment of the Delhi High Court in the case of MRF Limited v. Metro Tyres the court has gone on to extend this condition of originality to a cinematographic film, rendering the protection equivalent to a dramatic or a literary work. This judgment has been criticized (here on the blog) due to its judicial overreach and misinterpretation of the provisions of the Act, and rightly so. The investment of a producer as an author and the direct original expression of the author cannot be equated, which has in-fact been done in this case, providing an investor equivalent rights as like a traditional author. In my opinion this is problematic as it tends to equate the sole use of money to the use of skill and judgment, providing equivalent protection under the Copyright statute. The court has clearly equated the producer’s effort in financing the film as “original” enough, for a claim of infringement, not involving a “physical copy”, but similarity, to subsist.

Similarly, in the case of a computer-generated work, the definition of an author, and the phraseology used therein, points towards a limited protection of investment and the efforts of the person who has “caused the work to be created”, instead of actually creating it (due to the uncertainty involved in the extent of human contribution). However, such a policy provision renders the contribution of expression, non-protectable and overseen, even if fulfilling the originality threshold. This is not warranted under the concept of copyright and its continental theoretical underpinnings which revolve around “author’s rights”. The fundamental debate of whether copyright aims to protect “cognition” and intellectual labour (natural rights justification) as compared to production and distribution of content in a utilitarian sense, holds immense contemporary relevance in the case of attributing authorship in computer generated and curated content. The Kerala HC recently quoted an important principle pointing towards the “author’s rights” orientation of authorship (as opposed to the utilitarian approach) in Indian Copyright law, wherein it was stated that, “…..the rights of the author is one way or other protected by the Act by placing the author in an elevated position, as copyright is a form of intellectual property and intellectual property rights are the rights given to the creators for their work. It is doubtless that the author of the work is the creator or originator of his literary art.” (Sanjeev Pillai v. Venu Kunnapalli,)  Equating this position to the mere use of money to “cause” a work to be created or to produce a work through monetary investment, is problematic and incorrect from a policy standpoint. One wonders in this context, as to whether the utilitarian justification of Copyright as an incentive for creation, is merely an illusion to cover its real role of being an incentive for capital? (It may be interesting to read this piece by Prof. Julie Cohen in this context)

There has been no jurisprudence pointing towards the direction which the courts in India shall take while interpreting this provision, however an easier intuitional approach is incentivizing usage of AI through a protection of investment, for the progress of sciences and arts, rather than the protecting contribution proximate to the expression of the work. This approach definitely undercompensates the ones directly contributing to the expression, if at all. For one’s enthusiastic about protecting the interests of investors and provide an incentive for investors to actually employ AI, a resort to Copyright as a policy cannot be the correct path due to the differing theoretical underpinnings.

The recent bend of the Copyright Policy in India, towards protecting the interests of investors over and above or even equivalent to authors requires a theoretical revisit. The role of IP, specifically copyrights herein, needs to be re looked. It is not supposed to be a tool to help investors get richer through ownership or market control due to use of money, but rather to encourage production of “original content” in effect – raising the cost of imitation as against creation. This Anglo-Saxon utilitarian idea of Copyright policy which points towards Copyright being a tool for corporate investors to seek investment protection, as against originality, has been interestingly argued to be the reason for Copyright getting a  bad name for itself, in Intellectual Property policy and academia.

RE-WRITING OF RULES ON STATUTORY LICENSE MANDATING PRIOR NOTICE BY MADRAS...