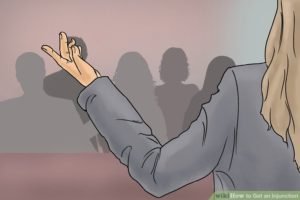 Crimes/wrongs are meant to be prevented for the smooth functioning of society. Right? But whether they are crimes per se i.e. wrong in every sense or they are a crime because the law says so and therefore worth stopping is a quintessential question of this debate (Read more here). The burgeoning scholarship of critical IP which describes the intellectual property as an oxymoron would not answer these questions in a positive way, however, popular understanding (more celebrated but less cerebrated I say) vehemently oppose this idea. Dynamic injunctions are one such remedy though a modern one, which enables the IP owner (trademark registrant in this case) to notify the Internet Service Providers (ISPs) of additional domain names or URLs that provide access to the websites which have been already been injuncted by the Court. This way, it safeguard the interest of plaintiffs by not impelling them to incur further administrative costs. However, it is expected to be implemented in such a way which interferes with the interest of innocent defendants (as previously happened with John Doe Orders). Such injunctions are generally given in copyright piracy cases where the balance of convenience and irreparable loss tilts (often) in the favor of the plaintiff, however, whether they should have the same procedure in trademark cases is deliberated upon in this article.

Unlike the prominent cases of dynamic injunctions where copyright piracy remains a pivotal point, Snapdeal Pvt Ltd v. Snapdealluckydraws.org.in & Ors appertains to trademark law where Snapdeal (plaintiff) wanted to block some rogue websites which were infringing its registered trademark and impairing its goodwill by alluring people to participate in prize competition and quizzes. Interestingly, people recognize Snapdeal as an trustworthy mark and therefore, often get duped when they see other similar named website offering expensive gifts.

Coming back to the case, the plaintiff, in particular contended that the defendants (which include John Doe Defendants i.e. unknown defendants) were the rouge websites that were engaged in counterfeit prize strategies, lotteries, lucky draws etc., thereby demonstrating the association between the plaintiff and the rogue websites. In this way, they were not only damaging the statutory and commercial interests of the plaintiff but also jeopardizing the interests of naive people by faking their connection with the plaintiff.

Decision and Some Questions to Ponder Upon

The Court accepted the contentions of the plaintiff and injuncted the impugned websites from carrying on their activities either under the plaintiff’s trademark or any other trademark which is deceptively similar to the plaintiff’s trademark. Additionally, the Court also granted leave to the plaintiff to approach the Court to array other rogue websites who carry on similar activities, albeit illegally, as and when the same comes to its notice. This is called a dynamic injunction which allows the plaintiff to extend the order to another such mirror/redirect/alphanumeric website. Notably, this is not the first time when Indian Courts granted such a creative unusual remedy keeping the unfettered cyberspace in mind. Previously, in the UTV case, Warner Bros, and recent Disney (order here) cases, the courts have granted such dynamic injunctions to safeguard the interest of the plaintiff. However, unlike previous cases especially in UTV Software Communication Ltd v 1337X.TO and Ors where the Court laid down the procedure for implementing the dynamic injunction in order to prevent overreach and misuse of such an extraordinary remedy, Snapdeal case does not mention any such procedure.

Relevantly, the Court (in para 101 of UTV case) stated that “along with the Order I Rule 10 application for impleadment, the plaintiffs shall file an affidavit confirming that the newly impleaded website is a mirror/redirect/alphanumeric website with sufficient supporting evidence. On being satisfied that the impugned website is indeed a mirror/redirect/alphanumeric website of injuncted Rogue Website(s) and merely provides new means of accessing the same primary infringing website, the Joint Registrar shall issue directions to ISPs to disable access in India to such mirror/redirect/alphanumeric websites in terms of the orders passed.” Simply, the plaintiff has to file an affidavit showing the newly impleaded website is a mirror/redirect/alphanumeric website with sufficient supporting evidence, which can be confirmed by the registrar. It is only after the registrar’s satisfaction that an expanding order is implemented. Undoubtedly, this administrative mechanism is crucial for balancing the rights of the plaintiff and innocent defendants (who would be blocked unintentionally if not verified by the authority) and reduces the burden of filing a fresh suit, however, at the same it is equally important to check whether the website sough to be block actually infringes the right of plaintiff.

Interestingly, it was not instructed in the Snapdeal order, yet, I am assuming this as a standard method of implementation since it was also absent in another recent Disney order. However, there exists one problem in such an assumptive approach. Unlike other dynamic injunctions which aim to restrain hydra headed websites or mirror websites, the recent orders give liberty to array other rouge websites which are different from mirror websites thereby requiring a judicial application of mind not merely an administrative action (This is lucidly argued by Nikhil Purohit in his article here). Appositely, hydra headed (the mirror/alphanumeric/redirect websites) websites are those which on being blocked, actually multiply and resurface as alphanumeric or mirror websites (refer Para 94 UTV vs 1337x case) whereas a rogue website (as extensively discussed in Issue (C) of UTV case in para 58 and 59) are those which are per se problematic and remain the bone of contention in the case by directly infringing the right of intellectual property owner. Certain factors (the court provided an illustrative list) have been laid down to identify such websites including the purpose of the website, flagrancy of the infringement, hidden details of the registrant, if its disabled by other courts, if it contains instructions to circumvent the order, volume of traffic etc. However, none of these factors are discussed in the case nor has the Court instructed to delve into these questions while dynamically applying the order.

Undoubtedly, the dynamic injunction is an effective remedy to curb internet wrongs and combat hydra headed website,[i] however, it is to be noted that granting such injunctions have different repercussions for different IP cases. Illustratively, in copyright cases, the burden of proving ownership is relatively less than trademark cases. In the former, the creation of content ipso facto grants copyright to a person, unlike the latter which requires registration (not barred by Section 9 and 11) or goodwill (in the form of passing off). Hence, in copyright piracy cases (wherein dynamic injunctions are often granted) the subject matter is already protected under the copyright law and the presence of such work on an unauthorized website is itself problematic. Whereas, in trademark cases, the issue is to be ascertained by comparing the impugned mark with the domain name of the unauthorized website.

For e.g. ramzz.com (hypothetical) can be validly protected for trademark Ramzz however, it does not necessarily question the validity of Samzz.com even though both have ‘amzz.com’ in common.  Notably, there are many factors which are taken (including goodwill, year of starting, geographical relevance etc.) when comparing two marks. Conversely, in copyright cases, where Ramzz was the producer of a movie ‘Aaj kal’, the court would look at the availability of ‘Aaj Kal’ on Samzz.com and other such websites while injuncting the defendant. Thus, there should be different measurements of implanting dynamic injunctions.

More often than not, domain names are analogized with a trademark which I find acceptable to an extent considering the interaction of trade with the internet. In Satyam Infoway Ltd. vs. Siffynet Solutions the Court observed that “with the increase of commercial activity on the internet, a domain name is also used as a business identifier.” However, it should be noted that not every mark is distinct and protectable, thus, not every domain name can get trademark protection. For instance, in Rajat Agarwal & Ors vs Spartan Online Pvt. Ltd. & Ors, the Calcutta High Court, while holding “a domain name as an address must, of necessity, be peculiar and unique and where a domain name is used in connection with a business, the value of maintaining an exclusive identity becomes even more critical”, denied the injunction to the plaintiff and said that it is not identified by the impugned domain name. Similarly, in People Interactive (India) Pvt. Ltd. vs. Vivek Pahwa & Ors, the Bombay Court deliberating upon the question of passing off between shaadi.com and secondshaadi.com, denied protection to the plaintiff. The Court held that both shaadi.com and secondshaadi.com are generic or commonly descriptive of their services, therefore, cannot be protected.

The purpose of mentioning these cases is to show that not every dynamic injunction can serve the envisaged purpose i.e. preventing the cyber culprit. The dynamic injunction may be appropriate to serve the intended purpose in copyright cases, however, for a trademark, it is important to look at the marks (domain names) individually along with the service they provide. Otherwise, it would create the same problem as that of grating unfettered John Doe Orders (as discussed in this paper). There have been instances in the past where innocent websites such as Induna and madaboutmovies.com have faced the unwanted wrath of granting John Doe order orders.

The concept dynamic injunction is an upgraded version of the traditional injunction which aims to stop a wrongdoer from continuing the crime. Undeniably, it is an important weapon for the trademark owners to combat the deleterious impacts of internet and protect the image and goodwill of their mark as demonstrated in the present. Further, it is also important from the public’s point of view who economically and mentally suffer because of such dastard websites. However, at the same time the impact of such remedies should also be taken into account as advised in many cases. For example, in Indian Performing Right Society v. Badal Dhar Chowdhury and Ors, the Delhi High Court remarked that “before the injunction, the defendant ought to be made aware of the precise act which he is prohibited from doing.” Similarly, in Time Warner Entertainment Co. L.P. Vs. R.P.G. Netcom, highlighting the importance of granting injunction cautiously, the Court observed  that “a vague order of injunction, which is uncertain in its application and likely to cause confusion should not be passed.” In the present Snapdeal case, though the dynamic injunction is not as vague as the above cases mentioned, yet it surely demands more scrutiny of websites (i.e. whether they are actually mirrored or rogue).

[i] The reference is drawn from the Hydra which is a nine-headed serpent like a snake monster as per Greek mythology which automatically grows its head when cut by someone. 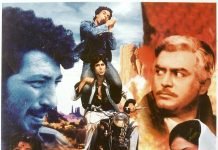