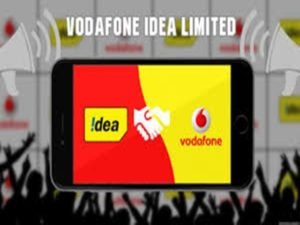 The Calcutta High Court vide its order dated October 12, 2018 has directed Vodafone Idea Limited to deposit a sum of INR 2.5 crores with the HC Registrar within three weeks. The order was passed in a copyright infringement suit filed by Indian Performing Rights Society (IPRS) praying for a mandatory injunction directing Vodafone to remove from its Value Added Services (VAS) platform and other platforms all cinematograph films, sound recordings and the like where the underlying copyright in literary and musical works belong to IPRS, save and except their rights flowing from the sound recordings belonging to Saregama India Limited [Read order here].

IPRS’s contention was that the defendant Vodafone Idea Ltd as a part of its telecommunication services also provides VAS such as caller ring back tones (CRBT) as well as a part of its VAS mobile applications like ‘Vodafone Play’, ‘Idea Music’ , ‘Idea Movies & TV’ provides a platform for streaming of live TV, movies, TV shows, music videos, etc and collects revenues from its subscribers for such services without paying any royalties to IPRS. It contended that the members of IPRS have assigned their copyrights in their literary and musical works to IPRS and thus Vodafone is required to obtain a separate license from IPRS and pay royalties to its members.

It alleged that on December 29, 2017 and then again on June 13, 2018 IPRS had sent a notice to Vodafone to obtain a license for utilization of musical works and/ or associated literary works included in the songs and films as part of mobile VAS and other services in India. IPRS complained that no steps were taken by Vodafone despite its communication dated January 23, 2018 wherein they agreed to have a discussion on the said issue and its parent association, Cellular Operators Association of India, with regard to licensing arrangements and/or associated literary works including the songs and films as part of MVAS and other services in India and despite assuring that appropriate steps would be taken in that regard.

The counsel appearing for Vodafone apprised the Court that the subject matter of this suit was similar to the suit filed by Vodafone against Saregama (CS 23/2018) in which Vodafone was asked to deposit a sum of Rs. 3.50 crores with the Court. In order to appreciate whether the nature of the agreements forming the subject-matter of the Vodafone vs Saregama suit were similar to the agreements under which Vodafone is using such musical works and sound recordings, the Court directed Vodafone to disclose specimen agreements with Sony Music Entertainment India Pvt. Ltd. and Tips Industries Ltd, in view of specific allegations made by IPRS that Vodafone’ platforms under the Vodafone and Idea brands are offering VAS to end-users.

IPRS submitted the following to the Court:

The Court held that Vodafone ideally would be required to obtain licenses now from IPRS as IPRS has rights over ‘music and lyrics’. “Now that a society is in place to take care of the musicians, composers and lyricists, the rights of the members of the plaintiff are required to be protected. The respondent appears to have received the schedule of tariffs for consideration from the plaintiff. The respondent apparently did not respond to the communication dated June 13, 2018. Whether  Tips or Sony would be required to bear such liability out of the amounts received for exploitation of musical rights should not in any manner stand in the way of the society receiving its dues and share of royalty for musical exploitation and prima facie it appears that after June 2018 no effort has been made by the respondent to carry forward the discussion and arrive at a solution. The respondent cannot gain by remaining silent. If Sony and Tips does not have the right to allow the plaintiff to use such music as ringtones and such right rests with the society then any such license giving such rights in favour of the defendant would be unauthorized and cannot bind the society. However, these matters are required to be considered after exchange of affidavits. On a balance of convenience, in my view the respondent should be put to terms for all future exploitations till issue is finally adjudicated. For the time being the defendant shall deposit a sum of Rs.2.5 crore to the credit of the suit with the Registrar, Original Side within three weeks from date. In the event such amount is deposited within the aforesaid time the defendant would be allowed to continue with the services provided by it to its subscribers, until the disposal of the matter. In default there shall be an order in terms of prayer (c) of the Notice of Motion.”

The parties have been asked to file their affidavits and the matter would be now listed in December 2018.

It is surprising that Vodafone did not even attempt relying on CISAC vs Aditya Pandey judgement of the Supreme Court, which had upheld the Delhi High Court division bench order wherein it was held that event organizers need not secure a separate license from lyricists and musicians for playing the song in public after it has paid for the broadcasting of the song to the sound recording company. Several users have still been using the Aditya Pandey judgement as a justification to not obtain separate license from IPRS.

The Calcutta High Court order recognizing the right of IPRS to collect royalties on behalf of its members is definitely a huge win for them and would pave way for royalty payments by several users now.

It would have to be seen whether this order compels other users to come on board and obtain license from IPRS or whether IPRS would be required to once again adopt a litigative strategy to bring users on board.