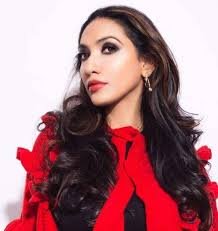 As per reports, a non-cognisable complaint has been filed against film producer Prernaa Arora by a 60-year-old masseuse, Khairun Mukhtar Ahmed.

Reportedly, Prernaa assaulted and abused her masseuse when questioned about her pending bills.

The reports quote the Meghwadi police to have said that Khairun, a resident of Santacruz, had been providing her services as a masseuse since a decade. Prernaa reportedly used to call her for massages between midnight and 8 am, and was promised a payment of Rs 75,000 per month. But she hasn’t received any payment since the last five months.

“I was desperate for money, first to pay for my husband’s cancer treatment and after his death, to pay off the loans,” Ahmed has been reported to say in her complaint.

Post the delay in payment, when Khairun apparently approached Prernaa Arora for the pending salary (around 3.75 lakhs), the filmmaker initially reassured her by providing a cheque of Rs 1.25 lakh. However, the cheque bounced, and Khairun approached the filmmaker yet again, but this time the producer argued with her and as per reports also beat her masseuse up and shut the door on her face. Owing to the incident, Khairun Mukhtar Ahmed has filed a complaint against Prernaa Arora on the charges of section 504 [Intentional insult with intent to provoke breach of the peace] and 323 [Punishment for voluntarily causing hurt] of the Indian Penal Code, 1860

Countering, the complaint, according to Prernaa, Khairun was caught stealing approximately Rs. 56,000 from her home. The masseuse was allegedly caught by the bodyguards at the Arora residence and it is since then that Khairun is barred from entering her house. Also, Prernaa has maintained that if Khairun has any bills or invoices of her pending money then the payments would be made immediately.