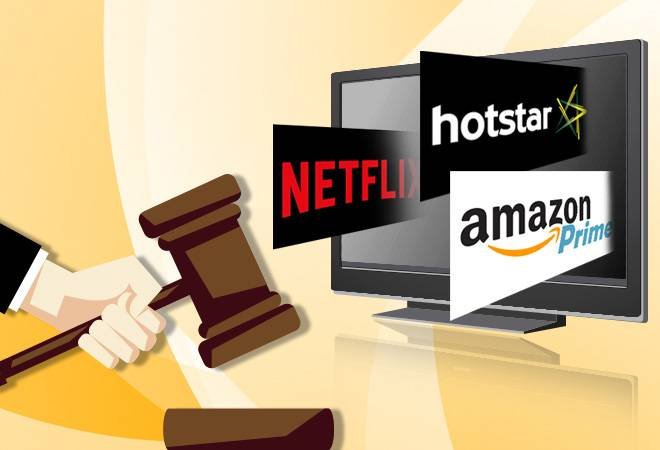 As per reports, the Delhi High Court on Friday dismissed a petition filed by a non-governmental organisation ‘Justice for Rights’; that sought formulation of guidelines for regulation of content on online streaming platforms such as Netflix, Amazon Prime etc.

The Public Interest Litigation (“PIL”), filed in October 2018, claimed that the content on such platforms was “uncertified, sexually explicit, religiously forbidden and legally restricted” and alleged that the content of several shows is in violation of the Indian Penal Code and the Information Technology Act, 2000 (“IT Act”). The PIL sought directions from the Ministries of Communication, Information and Broadcasting as well as Law and Justice to frame guidelines to regulate such platforms and the content they broadcast; and further sought immediate court orders to remove legally restricted content from these portals. The Court sought the Centre’s response on the same and scheduled the next hearing in the case for February 2019. The detailed update can be read here.

Yesterday, the bench comprising of Chief Justice Rajendra Menon and Justice V Kameswar Rao were informed by the Central Government that neither did the online platforms require a license from the Ministry of Information and Broadcasting, nor was their content regulated by it. Further, the Ministry of Law and Justice informed that the subject matter was outside its domain as well. In addition to this, the Ministry of Electronics and Information Technology (“MEITY”) clarified that content on the internet was subject to regulation by the Central Government only as per Section 69A of the IT Act, however, online platforms did not fall within the purview of this section.

Under Section 69A of the IT Act, the Central government may block any information that is “generated, transmitted, received, stored or hosted” in any computer only if it is satisfied of the necessity or expedience for the same if any of the six reasons exist: 1. sovereignty and integrity of India, 2. defense of India, 3. security of the State, 4. friendly relations with foreign states, 5. public order, and 6. preventing incitement to the commission of any cognizable offence relating to above. This will extend, clearly, to any webpage available and/or hosted in India.

Section 66E of the IT Act punishes an act that violates privacy – “whoever, intentionally or knowingly captures, publishes or transmits the image of a private area of any person without his or her consent, under circumstances violating the privacy of that person”. Section 67 of the IT Act punishes the publication or transmission of obscene material in electronic form – “Whoever publishes or transmits or causes to be published or transmitted in the electronic form, any material which is lascivious or appeals to the prurient interest or if its effect is such as to tend to deprave and corrupt persons who are likely, having regard to all relevant circumstances, to read, see or hear the matter contained or embodied in it”; whereas Section 67B of the IT Act punishes the publication or transmission of material depicting children in sexually explicit act in electronic form.

Basis the clarifications received, the Court observed that since such platforms did not necessarily need to acquire a license under law, it cannot direct them to get one and therefore dismissed the petition. It also further directed the petitioner to pursue the FIR that it had filed on the issue instead.

The Nagpur bench of the Bombay High Court had on October 5, 2018 issued a notice to the Ministry of Information & Broadcasting over a similar plea seeking regulation of online content. In this petition, the petitioner had urged to set up an independent pre-screening committee to regulate and monitor the crudity, indecency, nudity, vulgarity, obscenity in content (including advertisements), before releasing them on online media. This update can be read here.

Owing to the multiple petitions and litigations aiming at censoring OTT content, video streaming platforms like Netflix, Hotstar, Voot, Eros, AltBalaji, Zee, Arre and Sony Liv have recently agreed to the Code on Self-Regulation drafted by the Internet and Mobile Association of India (IAMAI) to self-regulate their content, in order to prevent government censorship (covered here).  These platforms have agreed to place filters to help users choose content that is appropriate for themselves and their families. The platforms will prohibit content that shows a child “engaged in real or simulated sexual activities”, material that disrespects the Indian flag, encourages terrorism or “deliberately and maliciously intends to outrage religious sentiments”. Amazon Prime Video, Google and Facebook, however, seem to be missing from the list of signatories to the Code. Amazon Prime Video, although had contributed in drafting the code, has not signed the same as it does not want to act in the absence of the government-mandated regulation.