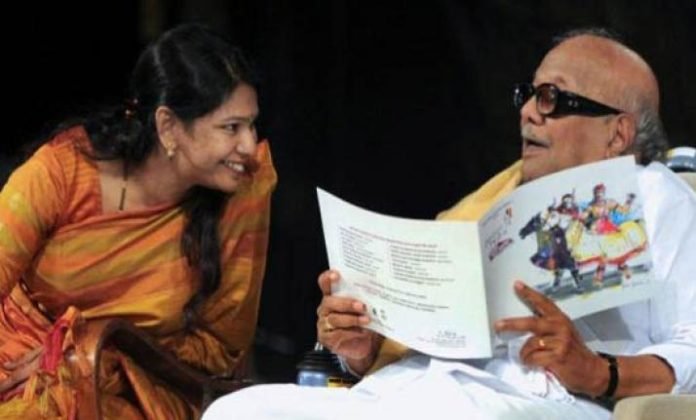 Justice R Subramanian passed the order on May 17, 2018 while making it clear that the restrictions are only with reference to publication, which involves some matter which is exclusively private, and it does not extend to the function of Kanimozhi as a member of parliament or as a leader of a political party.

“In the light of the law laid down by the Supreme Court in the Justice K S Puttaswamy case, relating to right to privacy, I am constrained to conclude that though there cannot be a blanket injunction against the magazine, there cannot be an order in favour of the Tamil weekly enabling them to publish anything and everything in the guise of public interest,” Justice Subramanian said.

“I am, therefore, of the opinion that the order of injunction granted on January 5, 2014 and modified by the order dated April 25, 2016 is to be made absolute, subject to the conditions that the magazine shall not publish anything regarding the private life of the applicant like including about her family, marriage, procreation, motherhood, child-bearing and education, without her consent,” the judge said.

“Whenever, the magazine proposes to publish any article relating to private life of the applicant, claiming that it is in public interest, the magazine shall forward their queries/gist or the full article to the applicant to her email and wait for her response.”

The court passed the order on the civil suit moved by senior counsel P Wilson on behalf of Kanimozhi in 2014, seeking to restrain the Tamil weekly magazine from publishing any article, picture or caricature in any manner causing damage to her reputation.

In my post here, I had dealt with the privacy rights issues in relation to the unauthorized biography of Sanjay Dutt by Juggernaut Books. As mentioned in my earlier post, the Madras High Court has on earlier occasions upheld the right to privacy of certain public figures and restrained publications from publishing content based on private life of these public figures. In the case of Selvi. J. Jayalalithaa Vs. Penguin Books India [2013(54) PTC327(Mad)], the Madras High Court had granted a permanent injunction restraining the defendants from publishing the book, namely “Jayalalithaa A Portrait”. While granting injunction against publication of the Book, the Madras High Court held that the third defendant had not taken any authorization from the Plaintiff to write a book on her life in the name of ‘Jayalalithaa A Portrait’ or as a biography. The third defendant contended that she had commenced the work on her own volition to write about the plaintiff and is said to have worked for two years on the preparation of the book without any prior consent of the plaintiff and without any reasonable verification. The Court further held that the private life of the plaintiff written was not involved with the public activities, which is an exception as per the Autosankar case. When the third defendant herself had done all these things on her own volition, she cannot come forward with the plea of incurring much expenditure and she was a notable writer regarding the life of the woman and so on. Accordingly, injunction was granted against publication of the book.

In the Autoshankar case i.e. R. Rajagopal V/s. State of Tamil Nadu, the Supreme Court held that the petitioners have a right to publish, what they allege to be the life story/autobiography of Auto Shankar insofar as it appears from the public records, even without his consent or authorisation. But if they go beyond that and publish his life story, they may be invading his right to privacy and will be liable for the consequences in accordance with law.

The Supreme Court in the Right to Privacy judgement i.e. Justice K.S Puttaswamy (Retd.) V. Union of India and ors has held that “Every individual should have a right to be able to exercise control over his/her own life and image as portrayed to the world and to control commercial use of his/her identity. This also means that an individual may be permitted to prevent others from using his image, name and other aspects of his/her personal life and identity for commercial purposes without his/her consent.”

In my view, the Madras High Court order seems to be in line with the privacy rights judgement and the earlier decisions mentioned above.