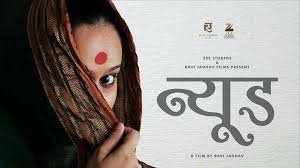 In an appeal filed by Essel Vision Productions Ltd (producer/ distributor) and Ravi Jadhav (director/ producer) against the ex-parte ad-interim injunction granted by Tiz Hazari court last week on the release of the film ‘Nude Chitra’, the Delhi High Court has vide order dated April 13, 2018 [read here] stayed the trial court order until April 19, 2018. The trial court order has been stayed for erring to disclose the trinity test required for a temporary injunction i.e. whether a prima facie case was made out, balance of convenience lay in favour of the plaintiff for grant of injunction, failing which irreparable injury would be caused to her.

As mentioned in my post here, the Tiz Hazari Court, Delhi had on April 5, 2018 granted an ex-parte ad interim injunction on release of the Marathi film ‘Nude’ in a suit filed by writer Manisha Kulshreshtha alleging that the film is a substantial adaptation with the same storyline, plot, form and manner of expression including the name of the protagonist as that of her Hindi story ‘Kalindi’, written by her in 2007, which was first published in the Hindi journal ‘Vartman Sahitya’ and later published in the book named ‘Gandharv Gatha’ and also translated into English and published in a collection ‘River of Flesh’. The Court had granted the ad interim injunction on the basis of the trailer of the film shown to the Court without recording the list of substantial similarities between the Plaintiff’s works and the underlying works of the Defendant’s film and without recording that the Plaintiff had satisfied the basic ingredients required for obtaining an interim injunction.

The Senior counsel appearing for the appellants informed the court that the film is scheduled to release on April 27, 2018 and advance booking of the theatres has already been done and monies have been expended towards pre-release advertisements and promotions. Further that the plaintiff has sought only for rendition of accounts and not damages, which can always be rendered without an injunction and that if the film is not released, irreparable financial loss and loss to goodwill and reputation would be caused to the Appellant.

The Appellant agreed to screen the film to the respondent/ Plaintiff, which is to be screened today. The stay on the ad-interim injunction has been granted until April 19, 2018 i.e. the next date of hearing at the Trial Court. The Delhi High Court has further asked the parties to assure that they will assist the Trial Court in an early disposal of the case and not seek an adjournment.