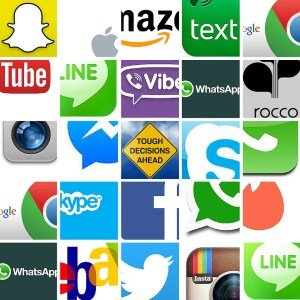 In a not so welcome news for the digital media platforms, as per reports, Union minister Smriti Irani has recently said that government is in the process to form a regulatory framework for social media at least in the news, opinion and entertainment content since the current legislation is not very clear with regards to online news and broadcast content material.

As pointed out by me in my post here, on content regulation on OTT Platforms, I had pointed out that currently the OTT content is unregulated and hence the platforms are being able to show uncensored content/ explicit content which is also a major revenue earner for many of these platforms.

As reported by Medianama here in 2016, in response to a RTI application, the I&B Ministry categorically said that they do not have the power to censor any content online, and that they are “not pursuing the creation of a regulatory framework” that would allow them to have any online censorship powers. The current statement by Smriti Irani therefore seems to be contradicting those of her predecessor.

According to Smriti Irani, the recent consolidation of three media units under the Bureau of Outreach Communication was the need of the hour and doing away with such “silos” was the only option left.

“We have Press Council of India for newspapers which is different from government, still self-regulatory enough to awaken its own conscience and take a decision that will bar such processes. Similarly, for television news you have the News Broadcasters Association. I’m hopeful that such a similar body will also emerge for the social media at least in the news, opinion and entertainment content,” she said.

The ministry is already in talks with the concerned stakeholders on the issue, Irani added.

“Communication today has to be a 360 degree engagement. Given that this is the need of the hour, we did, yes, amalgamate and bring everything in terms of the government outreach and communication under the bureau of communication. I think a first in Indian history,” she said.

Earlier this week, three separate departments, namely, the Directorate of Film Publicity (DFP), Song and Drama Division (S&DD) and the Directorate of Audio Visual Publicity (DAVP) were officially integrated into a singular unit and will henceforth operate from under the banner of Bureau of Outreach Communication (BOC) as per the new structure.

“BOC—a framework designed to ensure Government’s engagement reaches every state and every district of the country; a reformative step in taking Government communication beyond National Capital,” Irani tweeted on Wednesday.

These media units were responsible for promoting government policies and programmes among the public through advertisements, films, and performance arts. Their roles will now be consolidated and overseen by the new parent body post-integration.

Irani also said that a line of ethics and code of conduct has to be put in place which is incumbent upon the agencies to abide by, to ensure that the customers do not get affected by the vested views in news, broadcasting and advertorial content.

Since the I&B Ministry is inviting stakeholder comments, it would be interesting to see if any resistance is offered by the current OTT platforms.