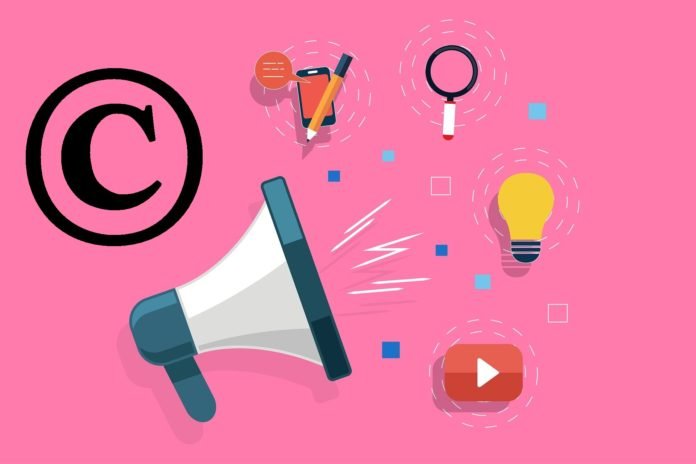 About the Author:Abhishek Iyer is a 4th Year B.A.-LL.B. Student at Gujarat National Law University, Gandhinagar. He had earlier written a post for us here.

Recently, a spokesperson for the International Society for Krishna Consciousness (“ISKON”) got into trouble for sharing a copyrighted video of Shemaroo on social media platform Twitter. The underlying intention of ISKCON, as stated, was to draw public attention towards a purportedly offensive video involving mockery and defamation of the Hindu faith. A take down notice was duly served by the social media platform to ISKCON, citing copyright violations in pursuance of a complaint received from the owner. This peculiar incident brings back the question of legitimacy in sharing copyrighted work on social media for the purpose of attracting public attention or pinpointing a possible violation or offence under any law in India. To understand this dilemma, it is important to categorically analyse the kind of reproduction of copyrighted work, the extent of its use being made on social media, the relation between the alleged infringer and the author, and lastly, if such sharing could fit in the prescribed contours of fair use under the Copyright Act, 1957 (“the Act”).

To begin with, any copyrighted work subsisting under Section 13 of the Act grants an exclusive right for any acts arising out of such work only to the author. In a more practical sense, if a third person would want to make use of such copyrighted material, he or she must seek authorization from the owner in accordance with Section 14. Furthermore, the concept of fair dealing, evolved through the exceptions under Section 52(1)(a) of the Act, delineates the extended boundaries within which such copyrighted material could be shared with impunity.

Section 52 (1)(a)(ii) & (iii) of the Act allows for use of copyrighted material for ‘criticism’ or ‘reporting of current events and current affairs’. There has to be a balance in terms of reproducing content on social media and the larger public interest. Even if the sharing of such content is ‘substantially copied or reproduced’, this should not necessarily lead to a finding of infringement and unauthorized use. For instance, the Hon’ble Kerala High Court in Civic Chandran v. Ammini Amma categorically allowed substantial copying for the purpose of criticism and larger public interest. Intriguingly, it laid down three propositions to analyse fair use; broadly, (i) the quantum and value of matter take in relation to the criticism, (ii) the purpose for which it was taken and, (iii) the likelihood of competition between the two works.

I argue that the formula for fair use of copyrighted material is not a permission to copy; rather, it is an essential exception to the exclusive right held by the author. The court referred to Lord Denning in Hubbard v. Vosper for fair dealing, whereby it was held that, “Fair Dealing with a copyrighted work must be considered in the light of factual circumstances and impression.” The court also stated that, “short extracts maybe considered as fair dealing if they are used as a basis for comment, criticism or review.” In adverse circumstances where any copyrighted material purports to be contrary to law and/or offensive, this fair use exception can be effectively utilized to bring it to the public notice. Contrarily, I also highlight the potential misuse of this exception by market competitors and hence argue that such sharing on social media must be analysed keeping in mind (a) the relation of the two parties, (b) the pecuniary aspect of sharing and, (c) possibility of unjustified harm to the owner.

The safeguards of fair dealing as formulated in Civic Chandran focuses on, (a) the worth of the copyrighted material when reproduced, (b) reasons for such reproduction, and, (c) whether such reproduction results in direct competition, thereby harming the original author. I hereby further argue that, in situations involving public interest or apparent violation of laws, the only motive is to bring such offensive content to public attention and, in the absence of any blatant monetary or competitive intentions, such sharing must be categorically safeguarded as fair use. In K. Murari v. Muppala Ranganayakamma, the High Court of Andhra Pradesh had stated that, if there is a direct pecuniary benefit arising out of the reproduction of copyrighted material, the same should be disallowed. Hence, in genuine circumstances where the sharing third party is totally unrelated to the copyright owner and, such content when reproduced has no pecuniary aspect or direct competitive loss for the original author, such reproduction/sharing of copyrighted material should be justified in light of the larger public interest it serves.

ISKCON wanted to highlight the relevant portion from a copyrighted video for the larger public interest and cognizance of the same by concerned enforcement authorities. As stated by the spokesperson, the very purpose of sharing the video was to criticize the video content, which they deemed to be religiously offensive.

No copyrighted work can escape the prescribed boundaries of law under the unbridled protection of exclusive ownership. As stated earlier, I argue that the exception of fair use is an effective method to share copyrighted work on social media for the larger public good. Applying the aforementioned three propositions from Civic Chandran, one can ascertain that ISKCON was not a direct rival of Shemaroo and that such sharing of a ‘small relevant clip’ did not cause monetary harm to Shemaroo. Further, ISKCON is not involved in the entertainment business and hence, it has no underlying profit/pecuniary motive. Rather, ISKCON’s actions were motivated by serving the larger public good and not for commercial purposes. Thus, I believe these points validly satisfy the judicial safeguards to prove bona fide fair use and ISKCON’s actions can collectively fit under the sub-headings of ‘Criticism’ and ‘Reporting of Current Affairs’ as per Section 52(1)(a).

The Indian copyright regime should provide leeway for sharing content which is aimed at social purposes & larger public good, similar to the U.S. Further, fair dealing perspectives in India can be broadened like Title 17 of U.S. Code, which provides an open-ended list of purposes that may be noted as fair use. The same is then evolved over time based on factual circumstances and interpretation. Lastly, as noted, India’s fair use doctrine is sufficiently broad to cover ISKCON’s actions, which certainly do not amount to infringement. However, this doctrine must be revamped and provide a categorical exemption for sharing of a relevant portion of copyrighted content in the proved absence of any monetary/competitive motive, if said sharing is solely aimed at reporting a purported violation of law in the larger public interest.