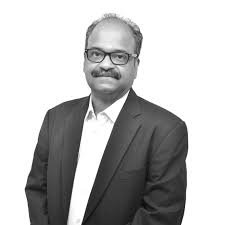 I am pleased to bring to you the second edition of our guest interview with Mr. Blaise Fernandes, President & CEO of Indian Music Industry (IMI). The first interview can be viewed here.

70% of the recorded music in India is film-based, the other 30% of the recorded music is largely classical, devotional, folk and independent. Unlike western countries where music is sold basis the artist who has sung it, in India the popular film music is sold basis the actor on whom the song is pictured in the film. This changes the dynamics completely. In western countries, labels license the music directly from the artist for an upfront advance and future royalties. In India, labels buy or license the  music from film producers against an upfront advance and future royalties going as high as 50%. In minority of cases where labels directly buy the songs from artiste, the royalties get paid to the artist. `

The Indian Music Industry concluded a study titled “A CASE STUDY FOR FREE MARKET ECONOMICS IN THE INDIAN RECORDED MUSIC INDUSTRY”. The object of the study is to explain the comparative analysis of the growth rates of the film and recorded music industry, the impediments that inhibit the growth of recorded music industry, the significance of free market economics and flywheel effect on the respective value chain in the industries, as well as important case studies of relevant foreign markets such as Indonesia, Latin America and Europe.

1. For our readers could you please throw light on the relationship between the Recorded Music Industry in India & The Indian Film Industry ?

At the outset let me state that it’s a solid relationship and all is well , these are tough times for both and we will see this period through . The music labels are the earliest investors in any film project as the labels negotiate the rights on a royalty basis for the film soundtracks aka OST with the film producer or production house . The royalties paid by record labels to film producers or production houses have skyrocketed in in the past decade or so. Royalties payable to film producers have always been between 40% to 50%   and always on a royalty and minimum guarantee basis which for a blockbuster could vary from Rs. 15 cr to Rs 20 cr . The average royalty / minimum guarantee payable for a Bollywood film music is around Rs 8 cr. Even the southern films have now seen royalties touch the Rs. 5 cr mark in recent times. In various markets of India the music labels actually play the part of venture capitalist being the first investor .  Since 70% of recorded music in India is film-based, the growth of the film industry should have led to the growth of the recorded music industry.

2. What is the purpose behind the study? What object does the study aim to foster? What prompted you to conduct the particular study?

Having spent over three decades in the entertainment sector, I have had a ringside seat to see how the filmed entertainment industry has grown into a Rs. 19,100 crore industry (Source: FICCI Frames M&E Reports) (Cumulative growth 186% from 2005 – 2019) whereas the growth of the  music industry has only been up to Rs. 1,500 crore (Source: FICCI Frames M&E Reports), (Cumulative growth of 81% from 2005 – 2019).  Despite the symbiotic relation between the two industries due to the majority of 70% of the recorded music in India being film-based, the wide variation in the growth rates of the recorded music industry and the film industry draws a huge concern. Therefore, the aim of the study is to determine and analyse the reasons for the stunted growth of the recorded music industry in contrast to the phenomenal growth of the film industry.

3. What is/are the issues claimed to have caused the stunted growth of the Indian recorded music industry in India?

To dive straight into the subject, I would like to bring to your attention the validity of 31D for Private Radio Broadcasters. Please recollect why 31D was introduced, to ensure Private Broadcasters who were in a nascent state of their business  needed protection. This was in the year 2012, in 2019 Radio Broadcasters per the 2020 FICCI E&Y report are a INR 3110 Cr industry and the music industry is a INR 1500 Cr industry in 2019. Who needs support, not that the recorded music industry are asking for any support, all we are asking for is a voluntary licensing regime. The entire film sector is based on voluntary pricing, the economic strides and positive results are for all to see.

4 . But many parts of the world have statutory licensing – as Radio is a public good ?

Public Good – time to demystify this truth claim. Pan Masala surrogate ads on private radio – monetisation of airtime . Private Radio companies have gone the IPO route or have PE funding – profitability . Performers earnings from live shows – talent management .  The state per their own disclosures has collected INR 5,744 Cr  from private broadcaster – license fees. Every single entity in the value chain is being run as a profitable enterprise where the free market economic principles are at play , we IMI have no reservations about profitability or monetisation of assets. Record Label companies are also enterprises please permit us to monetise our assets on a demand supply basis .

Now since you are making global comparisons , then let’s talk also of export subsidies from centre and state which is a practice in many countries for the recorded music industry  , funds for preservation and promotion of national treasures in terms of Indian Classical Music or Folk Music or Spiritual Music  a practice in many parts of Europe .

Let’s take another global example, Brazil an emerging market like India made INR 496 Cr (Source IFPI GMR 2020) via Public Performance including radio royalties in 2019, in India we were at INR 130 Cr (Source: IFPI GMR 2020) , read our weddings paper and see where there is not only a gap but also two sets of rules one for the state  on GST and one for the recorded music industry which looks to collect PP from non-traditional events with international influences . By the way even the local excise department doesn’t waive off liquor license fees for cocktail parties at wedding events.

5.  What are the other impugned regulations that is/are observed to have caused limitations on the free market economics in the Indian recorded music industry today?

Another truth claim is that Section 79 IT Act 2000 has benefited the innovative ecosystem in India, it was meant to, but only the large US & Chinese tech firms benefited . However, this has come at a great cost to the creative community and the recorded music industry as with the current legal framework many BIG TECH cos. that fail to provide/regulate licensed recorded music on its platforms go scot free. This creates a large value gap in revenue realised between various online intermediaries which enjoy high revenues and valuations and the recorded music industry.  The entire music ecosystem from the creative community – authors, composers , lyricists etc. to the investors who are the record labels loose out here .  Per our IMI study, it is estimated that due to value gap the recorded music industry is losing out on potential revenues of INR 506 cr. to anywhere around INR 700 cr.

Unless and until the law emphatically doesn’t state the platforms have to take licenses from copyright owners then there will never ever be a level playing field and copyright owners will always be disadvantaged.

6.  You have drawn a comparison with the European Recorded Music Industry – a bit farfetched don’t you think so ?

Please keep in mind numerous factors in our favour- Cultural Diversity, Languages, Dialects, each region or state having their own distinct genres, close to 973 million smartphones by 2025. Further, we have a high demographic dividend of 67% within the age of 15-64 as of 2019. The Indian middle class is estimated to be 66 million in 2020. Per WEF, India is expected to have a INR 4,34,036 Cr consumer economy by 2030 and a middle class of 386 million , which also means ad spends to go up substantially. Knit all these factors together club it with reforms as suggested in the IMI paper, there is no reason why India cannot be a Top 5 player in a few years-time.