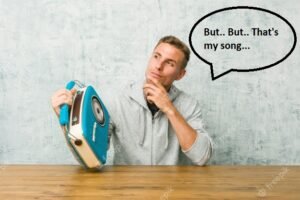 The order dated 31.12.2020 passed by the IPAB (“IPAB Order”) in these applications has observed heavy criticism and has been challenged by the parties before the High Courts pan-India. One such challenge is the writ petitions filed before the High Court of Madras[1], challenging the validity of Rule 29(4) of the Copyright Rules, 2013 which deals with the compliance mannerism and timelines for notices sent to the copyright owner by any broadcasting organization desirous of communicating literary or musical works and sound recordings under statutory license. This High Court has vide its Interim Order dated 02.08.2021 (“said interim order”) directed certain modifications to the application of Rule 29(4) of the Copyright Rules, 2013 (“said Rules”) for the parties to the petition. An appeal against the said interim order was filed before the Supreme Court and vide its Order dated 27.09.2021, the Supreme Court has set aside this interim order.

I. Background of the Case

The Copyright Board had granted compulsory license for broadcast of sound recordings vide its order dated 25.08.2010 for a duration of 10 years. As this order expired in September 2020, applications were filed by radio broadcasters before the IPAB under Section 31D of the Act for determination of rates of statutory license for communicating sounds recordings to public. Section 31D of the Act provides for statutory license for broadcasting of literary and musical works and sound recordings. The statutory license rates were determined in the IPAB Order, whereby it also expressly provided that the radio broadcasters are required to comply with Rule 29 of the said Rules. The writ petitions have been filed by the broadcasters before the High Court of Madras challenging the validity of Rule 29(4) of the said Rules.

II. Rule 29 of the Copyright Rules, 2013 vs. Modification of Rule by Madras High Court

The Madras High Court has vide its said interim order modified the timeline and manner in which a notice is required to be given by the parties to the writ petition. A comparison of the Rules with the modified rules of interim order is as under:

The reason given by the High Court for such modification is that “prima facie there appears to be an element of unworkability about the Rule in that it may be seen to be almost claustrophobic in its operation and leaving very little room for flexibility. Indeed, the very concept of speaking or performing ad lib, which is the essence of spontaneity in any live speech or live performance, would be lost if pre-planned details, down to the every second of the programme must be disclosed as the impugned Rule may be read to imply.”

Appeals against such interim order were filed by the music labels with primary submission that the said interim order of the Madras High Court has effect of rewriting of Rule 29(4). Following arguments were advanced from both the parties:

The Supreme Court set aside the said interim order by placing reliance on its Constitution Bench judgments where it has held that it is a settled principle of law that when the words of a statute are clear and unambiguous, it is not permissible for the court to read words into the statute. The Courts have been provided with the power of judicial review whereby courts may evaluate legal validity of legislation or rules. However, in the exercise of judicial review it cannot supplant the terms of the provision through judicial interpretation by re-writing statutory language. In the matter of In Re: Expeditious Trial of Cases Under Section 138 of the NI Act, 1881[2], it has held that a judge must not rewrite a statute, neither to enlarge nor to contract it. In the matter of Padma Sundara Rao vs. State of Tamil Nadu[3] it has held that “while interpreting a provision the court only interprets the law and cannot legislate it. If a provision of law is misused and subjected to the abuse of process of law, it is for the legislature to amend, modify or repeal it, if deemed necessary.”

It held that the said interim order converts the second proviso of Rule 29 into a “routine procedure” instead of an exception, thereby amounting to re-writing and that the exercise of judicial re-drafting of Rule 29(4) was unwarranted, particularly at the interlocutory stage.

V. Necessity of particulars to be mentioned in prior notice under Rule 29(4)

Rule 29 of the said Rules deals with notice of intention being given by the broadcasters to the copyright owners in advance of communication, with an exception to unforeseen circumstances where notice can be given within 24 hours of such communication to public. Rule 29(4) provides particulars to be mentioned in the notice including name of channel, territorial coverage, modes of communication, details of time slots, duration and period of programme in which work is to be included, details of payment of royalties at the rate fixed by Board, etc. Section 31D(2) provides that the broadcasting organisation “shall” give prior notice, in such manner as “may” be prescribed, of its intention to broadcast the work stating the duration and territorial coverage of the broadcast. Upon reading this section, it reflects that the legislature intended that prior notice is mandatory, however, the manner of notice is not mandatory and mere mention of duration and territorial coverage is essential in this prior notice. The IPAB Order has categorised the rates of royalty to be paid based on the tier city and the time slot in which these sound recordings are played. Therefore, only details mentioned in Section 31D(2) are required to determine the applicable royalty rate. Thus, the question of the necessity of other particulars provided under Rule 29(4) required to be present in the notice needs to be analysed by the judiciary. Another question that is most essential to be analysed in light of the interim order is whether any rights of the copyright owner will be negatively affected if any manner, if the notice is given in compliance with Rule 29 after the broadcast and not prior to the broadcast.

Since copyright is a negative right, even if there are statutory limitations in form of statutory and compulsory licensing as exceptions to the exclusive right of the copyright owner, these exceptions do not terminate the monopolistic nature of the copyright. The copyright owner has right to have complete knowledge of the use of its work. In the matter of Sony India vs. Kal Radio[4] (read our post on this matter here), Bombay High Court has held that “The ‘compelling’ component of Section 31-D is actually bidirectional not unidirectional. Just as a copyright owner or holder is compelled subject to strict compliance  to comply with the statutory licensing regime of Section 31-D and the companion rules, the statutory licensee is also compelled negatively to not use the copyright-protected works unless it has obtained a statutory license. That can only be done by demonstrating strict compliance with the statute and the rules”. Further, the question of strict compliance of the particulars to be mentioned in the notice as provided in Section 31D and Rule 29 was briefly analysed by Justice Patel in this matter and it was held that these particulars are important in computation of royalty rates. Even the argument that FM shows are dynamic in nature was brought up before the Court, similar to the argument of interactive dynamic sites taken in the present matter. The Court held that the argument that the content of broadcast is entirely unknown beforehand is not even remotely credible.

The intellectual property laws are based on striking the balance between private rights and public rights and Rule 29 is a clear attempt of balancing the public right of statutory licensing with private right of exploitation of the owner of its copyright. This rule does not in any manner defeat the purpose of Section 31D as this rule requires giving prior notice of broadcast, not seeking permission to broadcast. The main question that still remains is whether the rights of copyright owner be affected if the notice is given after the broadcast and not before.

The Hon’ble Supreme Court has rightly held that the said interim order amounts to re-writing of the Rules which is an act of the legislature. Judiciary only has power restricted to judicial review and cannot extend its arms to drafting of law. The matter is still pending for final disposal before the Madras High Court and it will be interesting to understand the views taken by the High Court in respect of application of Rule 29. It will also be interesting to see the views of the High Court on the necessity of particulars provided to be mentioned under Rule 29(4).