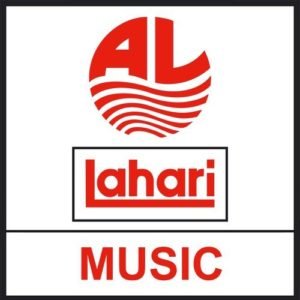 Lahari Recording Company has challenged Section 31(1)(b) and 31D of the Copyright Act, 1957 before the Supreme Court by filing a petition under Article 32 of the Constitution. The Supreme Court vide order dated July 13, 2018 has issued notice in the matter. The matter is tentatively listed on August 31, 2018.

The challenge seems to be on similar lines as that filed by Eskay Video Pvt. Ltd before the Calcutta High Court with a possible addition of challenging the DIPP clarification bringing internet broadcasters within the ambit of Section 31D.

Grievance of the Music Labels:

The main grievance of the music labels seems to be that the impugned provisions would disrupt the long standing mutually negotiated voluntary license agreements with broadcasters and with the coming of the impugned provisions, such broadcasters would have no incentive to enter into and/or continue with the voluntary license agreements with the labels and instead would attempt to terminate or wriggle out of their agreements with the labels in order to approach the Appellate Board to have terms convenient to them fixed and imposed upon the labels.

Section 31 (l)(b), as amended by the 2012 Amendment, provides for a system of a compulsory licensing in respect of copyrighted works if the copyright owner has refused to allow communication to the public by broadcast of such work or in the case of a sound recording, the work recorded in such sound recording, on terms which the complainant considers reasonable, whereby upon a complaint made to the Appellate Board by a complainant, the Appellate Board may impose, without the consent of the owner, a license not only in favour of the person making the complaint, but also to any number of other persons that in the opinion of the Copyright Board are “qualified” to get such a license. The labels contend that mere refusal by an owner to the terms offered by a license seeker may be sufficient for the said license seeker to seek a compulsory license against the owner regardless of the fact that the work may be widely available to the public on completely reasonable terms. The labels further contend that the Section and connected Rules do not provide for any system of hearing to the owner qua the grant of the compulsory license by the Board in favour of any other person, thereby being contrary to the requirement under Article 14. That the impugned section gives unfettered power to the Appellate Board to not only grant a compulsory license to third parties but also set the terms and conditions of such license including the terms of royalty rates qua such third parties without requiring the consent of the owner, thereby depriving the labels of their right to decide whom they wish to license their content too and rendering exclusivity of an owner’s right redundant.

Section 31D deals with statutory license for broadcasting of literary and musical works and sound recordings. It provides that any broadcasting organization desirous of communicating to the public by way of a broadcast or by way of performance of a literary or musical work and sound recording which has already been published may do so subject to the provisions contained in the section i.e. broadcasting organisation giving  prior notice, in such manner as may be prescribed, of its intention to broadcast the work stating the duration and territorial coverage of the broadcast, paying to the owner of rights in each work royalties in the manner and at the rate fixed by the Appellate Board; Section 31D further provides that the rates of royalties for radio broadcasting shall be different from television broadcasting and the Appellate Board shall fix separate rates for radio broadcasting and television broadcasting.

The provisions on statutory licensing have been challenged, inter alia, on the ground that they provide for a mechanism of mandatory licensing of copyright work without providing any say whatsoever to its copyright owner and without providing the copyright owners an opportunity of being heard, thereby being violative of Article 14, 19(1)(g) and 21 of the Constitution as well as the right to property of the petitioner under Article 300A. Further that there is no public interest in making film music available to the broadcasters at subsidized and preferential royalty rates rather than leaving them to negotiate commercial agreements with copyright owners and that the practical effect of Section 31D is to ensure commercial profitability of the broadcasters at the expense of the owners of the copyrighted works.

The labels are claiming that these provisions take away the incentive from a copyright owner to create original works and to commercially exploit them to his liking and put fetters on an owner’s right to refuse exploitation, right to negotiate a suitable rate of royalty for exploitation of his works, right to choose a licensee and the right to decide the terms and conditions of exploitation of his works. Further, 31(l)(b) and Section 31D, cause inconsistencies in the provisions of the Copyright Act, 1957 and take away the exclusivity from the exclusive rights granted to the owners of copyrighted works.

In a judgment dated May 28th, 2018, a Division Bench of the Delhi High Court had upheld the constitutionality of certain provisions of the Copyright Rules, 2013 in the matter of Anand Bhushan & Ors. v. Union of India.

The Madras High Court had observed “As discussed above, Section 31 and 31D provides for a mechanism to deal with the public interest vis-a-vis the private interest. It has been introduced by way of a public policy. It has got an in-built mechanism to take care of the interest of the owner. Guidelines have been provided for the purpose of fixing royalty under Rule 31(7) and (8). The owner would be given reasonable opportunity of being heard. There has to be satisfaction that the refusal is not reasonable. Section 31D was introduced taking note of Article 11(2) and 13 of Berne Convention and Article 15(2) of the Rome Convention (for sound recordings) and Article 9(1) of the TRIPS Agreement. It was meant to support the development and growth of private radio broadcasting. The object is also to strike at the monopoly to the detriment of the general public. While doing so, the provisions also take care of the interest of the owner. Though there was no direct challenge, the issues sought to be raised in this writ petition were raised and discussed before the Apex Court in Entertainment Network (India) Limited Vs. Super Cassette Industries Limited, ((2008) 13 SCC 30)…

… Thus, the Apex Court has taken note of the various factors by adopting principles governing the interpretation of statutes including the doctrine of purposive construction, reading down and contextual interpretation. There is no legislative arbitrariness involved and the classification, being reasonable, has nexus to the object sought to be achieved. Hence we do not find any reason to hold that the provisions contained in Section 31 and 31D of the Copyright Act as unconstitutional.”

In all likelihood, the Lahari Recording petition will be intervened by radio/ internet broadcasters. Given that the Madras High Court has upheld the validity of Section 31 and 31D, it would be interesting to see if the Supreme Court entertains this petition and decides differently.