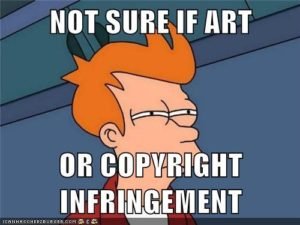 In the first part of the article, we argued that the copyrightability of Sherlock’s emotion is not possible under copyright law and it seems to be a gimmick to extend the protection over the character of Sherlock which is already in the public domain.

As the name suggests, copyright misuse occurs when the copyright holders use their limited exclusive rights and control their works outside the monopoly. In the present matter, Springer published the book 15 years, however, no action was taken against her by the Doyle Estate. Now, when a movie is made on the book, the estate has awakened its legal conscience to invoke its copyright (which has already ceased to end). Out of all the works of Canon Doyle, only 10 works are under copyright protection today. In these works, Sherlock is said to have developed new characteristic traits (respect trait and emotion traits), which the Estate claims to have copyright protection. It is noteworthy that the protection of these traits would ultimately extend the protection of the Characters of Sherlock Holmes, which has already come into the public domain. Without Sherlock, these traits are mere generic (or even if creative) ideas that cannot be protected by copyright law.

Copyright misuse is an equitable defense (In the USA)

Copyright misuse is an equitable defense based on the principle of unclean hands and invoked in the cases of copyright infringement. Broadly, the misuse rule provides that the copyright holder who engages in abusive or improper conduct in exploiting or enforcing the copyright shall be restrained from enforcing her rights against the infringer. When such misuse is proved, the plaintiff is not given a remedy for that infringement however, it doesn’t invalidate the copyright and preclude the copyright owners from claiming copyright protection on other occasions (Video Pipeline, Inc. v. Buena Vista). Also, it is merely an affirmative defense to a claim of copyright infringement that cannot be used as an independent claim for damages. (Ticketmaster L.L.C. Vs. RMG Technologies).

More often than not, it is applied in cases involving antitrust tying agreements and restrictive licensing agreements. However, it doesn’t mean that it cannot be invoked in other situations. As observed in MDY Industries, LLC v. Blizzard Entertainment, “[c]opyright misuse is an equitable defense to copyright infringement, the contours of which are still being defined.” Hence, there is no straight jacket explication of the principle.

In Lasercomb America (the first case where the copyright misuse doctrine was formally adopted), Lasercomb sued Reynolds for making unauthorized copies of particular software that was subject to copyright protection. Reynolds claimed copyright misuse alleging imposition of an unreasonable non-compete clause. As per the clause, Reynolds was prohibited to create a competing product for ninety years whereas the statutory protection was only for 75 years. Reynold was also prevented from creating any computer-assisted die making machine (which was the bone of contention). Denying the enforcement of the plaintiff’s copyright, the Court held such clause in violation of the public policy of copyright law irrespective of whether it amounts to an antitrust violation. To trace the origin and legitimacy of ‘copyright misuse’, the Court analogized the patent misuse (an established concept) and copyright misuse and stated-

“The origins of patent and copyright law in England, the treatment of these two aspects of intellectual property by the framers of our Constitution, and the later statutory and judicial development of patent and copyright law in this country persuade us that parallel public policies underlie the protection of both types of intellectual property rights. We think these parallel policies call for the application of the misuse defense to copyright as well as patent law.”

While emphasizing the public policy aspect of copyright law and highlighting the similarity between the objectives of copyright and patent laws, the Court focused on the ‘monopoly extension’. The plaintiff should in no way attempt to aggrandize its limited monopoly power as it would contravene the fundamental objective of the law. It stated-

Both patent law and copyright law seek to increase the store of human knowledge and arts by rewarding inventors and authors with exclusive rights to their works for a limited time. At the same time, the granted monopoly power does not extend to property not covered by the patent or copyright.

Applying the same to the present matter, Doyle Estate was undoubtedly allowed to exercise their monopolistic rights but only for the original expressions which are still protected. However, the act of Doyle Estate is an attempt at monopoly extension and defies the objective of copyright law. Such an act interferes with the creativity of potential creators by restraining them to create derivative works from the unowned (or once owned) work in the public domain, thereby defying the public policy of copyright law. Reliance can also be placed on Alcatel USA, Inc. v. DGI Technologies, which ruled that the public policy that includes original works within the granted monopoly excludes from it all that is not embraced in the original expression. Relevantly, the Estate’s attempt of getting protection on unprotected copyrightable subject matter i.e. emotion and respect traits also disturbs the ruling of Morton Salt Co. v. G. S. Suppiger Co, which is heavily relied on Lasercomb America and other landmark cases of copyright misuse.  In Morton Salt, the court specifically held that patent law cannot be used to protect the unpatented tablets and extend the limited monopoly granted by statute as this contravenes the public policy of the United States Constitution and the patent law.

Interestingly, copyright misuse is not a novel concept that arose only after Lasercomb America, however, it was earlier ascertained through antitrust analysis. In the United States v. Paramount Pictures, pondering copyright extension theory, the Court regarded block-booking (the practice of licensing, or offering for a license, one feature or group of features on condition that the exhibitor will also license another feature or group of features released by the distributors during a given period- explained in the case) as an enlargement of the limited monopoly and similar to patent misuse, and held to be illegal and violative of the public policy. In United States v. Loew’s Inc and Broadcast Music, Inc. v. CBS Inc., the Courts have deliberated on copyright misuse (though indirectly) and linked it with antitrust laws unlike Lasercomb America which associated it with public policy.

Regardless of the authority and soundness of the above cases, the rule of “misuse of copyright” was disregarded by the Delhi High Court Tekla Corporation & Anr vs Survo Ghosh & Anr. Justice Endlaw reasoned that when there is a fight between law and equity, the law should prevail. The Court held that Indian Copyright law does not make copyright a conditional right which is granted only in case of not misusing copyright. In the case of high royalty, the licensee always has the option of approaching authority for a compulsory license. Section 51 and 52 also do not carve out any such implication regarding the misuse of copyright, therefore, creating such an exception would be tantamount to adding to/subtracting from the definition in Sections 51 and 52 of what constitutes and what does not constitute infringement. It was also held to be impermissible in the light of Section 16 as it would amount to entitling/disentitling a person to copyright otherwise than in accordance with the provisions of the said Act. Descrying the doctrine and calling it an undefined law, the Court stated:

It is unpalatable to me that an act of copyright owner, while in law can be a defense to an action by him for infringement, would not furnish an independent cause of action to the affected persons.

The concept of “misuse of copyright” should be understood from a policy angle and even if the law remains silent on it, the Judiciary should take the ‘mean-end’ approach in reaching the conclusion, where the mean would be the creation of work and incentivization of authors and the ‘end’ would be the progress of society and the socio-cultural enrichment. In many cases, copyright misuse claim interferes with the right of copyright holders but in cases such as Enola Holmes, it should be read keeping in mind the goal of copyright, i.e. incent authors to create more works and progress the society. COPYRIGHTABILITY OF A PHOTOGRAPH: A CRYPTIC CONCEPT?