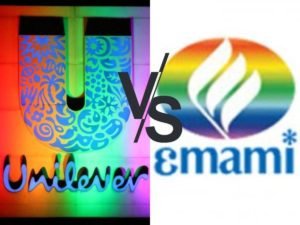 For long there has been an ongoing debate about the selling of fairness creams in the Indian subcontinent. A question often asked by critics of such marketing strategies is whether fair is really lovely. However, earlier this month, a change was seen when Hindustan Unilever Limited renamed its bestselling ‘Fair & Lovely’ products as ‘Glow & Lovely’, while the men’s line was rebranded as ‘Glow & Handsome’. HUL changed the name to mitigate propagating racial stereotypes that prefer fairer skin tone, and to make the brand inclusive of all skin tones.

However, the move was not appreciated by its contemporary Emami Ltd. Within hours of HUL announcing its rechristened name, Emami claimed that it has already digitally launched ‘Emami Glow & Handsome’ and that the former has involved itself in “unfair business practices”. Subsequently, several daily newspapers reported that Emami shall take legal action against HUL for violating its trademark and misleading the public.

What’s Fair and what’s not?

On 5th July 2020, the plaintiff (HUL) moved the Bombay High Court in a matter of “great urgency”, seeking an injunction against Emami pursuant to Section 142 of the Trade Marks Act, 1999. Section 142 provides that when a person receives what they believe is a groundless and unjustifiable threat of legal proceedings, they may approach the court to seek injunction against such threats. The plaintiff submitted the following facts in support of its claim that it’s the honest prior user of the ‘Glow and Handsome’ trademark:

To the contrary, Emami threatened legal action after such commercial was released placing reliance on the fact that it had already ‘Emami Glow and Handsome’ digitally and relevant applications for registration of the trademark have also been made on the 25th June 2020.

The Hon’ble High Court issued an order on 6th July 2020. It perused the evidence and found in favour of the Plaintiff. Prima facie, it said, it does seem that HUL is the prior adopter of the mark, having filed its trademark application first in September 2018, and later in June 2020. Further the said mark is already being used in commercial advertisements, while the Defendant has not commercially used its claimed mark till date.

The court, however, remained silent on whether these threats are groundless or unjustifiable, which could only be decided after hearing both sides. The limited ad-interim relief granted to the Plaintiff states that the Defendant shall have to give at least 7 clear days prior written notice to the Plaintiff before initiating any legal proceedings in any court or claiming any interim or ad-interim relief against the Plaintiff, as previously threatened in the Defendant’s statements. The said application has been listed for further interim reliefs on 27th July 2020.