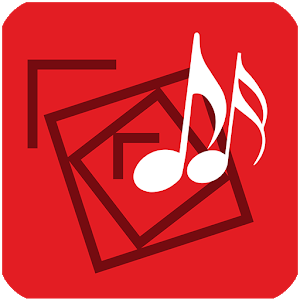 The Single bench of Justice S.J. Kathawalla of the Bombay HC has ruled upon many crucial issues with respect to internet streaming on OTT platforms and its implications on the Statutory Licensing provided under Section 31D of the Copyright Act in the case of Tips Industries ltd. v. Wynk Music Ltd. and ors. Read order here.

The major question before the courts was to resolve the conflict between access to copyrighted musical works and the ambit of restrictions which can be put forth by the Copyright owners of such works, in the digital environment.

The major services provided by the Defendants which were impugned by the Plaintiffs for injunction include enabling downloading electronic copies of the Plaintiff’s song on their devices by users, on a payment of a monthly fee; selling such songs on payment of a one-time fee in a digital copy and finally streaming songs and communicating them to the public over the facility of the internet.

The issues contested were:

The court, in a detailed order went into discussing the intricacies of download, purchase as well as streaming and determined the difference in all these uses along with their implications on the users.

When deciding upon the aforementioned issues, the court firstly concluded that the Defendants through their purchase and download feature enabled customers to store physical/electronic copies of the Plaintiff’s repertoire which did come under the ambit of unauthorized infringement under section 14 (1) (e) of the Act. Thereafter, on getting into a fair dealing analysis the court went on to hold that the defense of fair use could only be taken by an individual user and the activities of the defendant could not be termed as “private” or “personal” use or research. Hence the defense under Section 52 (1) (a) (i) would not be available. On the question of Section 52 (1) (b), the court held that the electronic copies could not be termed transient or incidental as the copies could be stored during the tenure of the subscription as per the discretion of the user and not merely for a transient period. Finally, on the question of Statutory Licensing under Section 31 D of the act, the court denying the applicability of this provision, held:

Coming to the question of Section 31 D with respect to internet broadcasting and streaming, the Court went on to hold that the intention of the amendment bringing in Section 31 D clearly revealed that, even though being aware of the existence of Digital Technologies, the amendment clearly dealt only with broadcast of Radio and Television and did not intend to include internet streaming and broadcasting within its realm. The object was solely held to provide access to FM Radio networks. The court further relied on rules 29 and 31 to show as to how the statutory licensing regime was merely supposed to be applicable for Radio and Television broadcasting and not internet streaming. Also, holding prior determination of royalty rates as a necessary pre-condition for exercise of rights under Section 31 D, the court stated that defendants could not have exercised such license in this case, as no royalty rate had been fixed by the Appellate Board.

The court further held Rule 29 to be a valid provision and finally on the question of use of Plaintiff’s repertoire on payment of a commercial rental, pending the suit, the court held that such an action would amount to invoking a compulsory license and the court had no jurisdiction to do the same, in absence of directions by the Copyright Board. Hence the court rejected the defendant’s contentions. The Court went on to grant interim injunction to the plaintiffs as the harm was irreparable.

A few quotes received on this matter:

“Even though the term ” broadcast” in sec 31 D (1) refers to the communication to public ‘by any means’ as per the definition of broadcast given in section 2(dd), the statutory license can be granted to only radio and television broadcasting as per sec31D(3) because while drafting the copyright amendment act it was felt that it was imperative to support the fledging FM radio to access music content. However, a strong similar demand from TV industry made the same to be extended to them as well but it was introduced that there will be separate rates of royalties to be fixed by IPAB considering TV industry’s strong commercial revenue earning status in comparison with low earnings and music content dependent private FM radio. The same policy was again reflected in the Rule 29 &30 of the Copyright Rules which explain further about manner of giving notice for statutory license by radio and TV broadcasting organizations and manner of determining royalties for radio and TV broadcasting.

Since the broad definition of broadcast by any means has been restricted by the above sections and rules respectively, the statutory license cannot be extended to internet steaming. This can be done only further amendments to sec 31D of the Copyright Act and the Rules framed thereunder.”

“This decision confirms IMI’s consistent stand that INTERNET streaming services are not covered under Section 31D of the Copyright Act,1957. As an Industry we noted the intention of our Parliament to provide involuntary licensing benefits under the Copyright Act, 1957 and are very encouraged that the Hon’ble Court has now clarified the intention of our lawmakers did not include streaming services under the statutory licensing scheme.”

“This is true justice & I humbly bow in respect to the Indian judiciary. It’s been a long and trying process but we prevailed and justice was served. I’m very happy that the Indian judiciary believed in not only Tips but the whole music industry and vindicated what was right. We are not in a business to arm twist or provoke unnecessary actions onto our partners in the OTT business; but in our case in particular; Wynk was very unfair. Wynk as an INTERNET music streaming service has valuations in millions, despite that they still refuse to pay to music labels few crores, for the labels’ MUSIC content, which is the heart of Wynk’s OTT streaming service, and without a heart ,what good is a body. OTT players until this judgement continued to corner us”

A detailed post analyzing the issues will be out soon.

DELHI HIGH COURT RULES IN FAVOUR OF T SERIES & SAREGAMA IN COPYRIGHT INFRINGEMENT CASE AGAINST RADIO BROADCASTERS FOR VIOLATION OF RULE 29 OF... 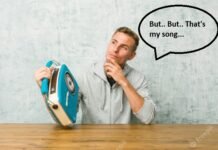