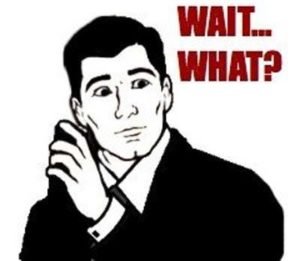 The portion reads as under:

“In any view of the matter even if the plaintiff has the copyright in the literary and musical work and sound recording, the plaintiff is not entitled to an order of injunction by reason of the provision contained in Section 31 D of the Copyright Act, 1957 which came into force with effect from 21st June, 2012.

The provisions of Section 31D merely require royalties to be paid to the owner of the work in the manner and at the rate fixed by the Copyright Board the same is a statutory license. As such, for breach of copyright there can be no order of injunction only monetary claim. This is also recognised in rule 29 to 31 of the Copyright Rules 2013.”

I am not entirely sure if this portion forms part of the submissions being made by the counsel representing the respondents or whether this is an operative part of the order. The aforesaid portion abruptly appears in the middle of the counsel’s submissions. Unfortunately, this order is not quite lucid unlike some of the recent IP judgements delivered by Delhi, Bombay and Madras High Court. The entire order does not make any further reference to Section 31D.

Section 31 D of the Copyright Act read with Rules 29 to 31 of the Rules  set out a process for grant of statutory licensing. The Board first needs to determine the royalty to be paid under Rule 31 and publish it in the Official Gazette and website of the Copyright Office and Board. After royalties are determined in accordance with Rule 31, the Broadcasting Organization desirous of communicating the works to the public needs to give a notice of its intention to the owner of the copyright and to the Registrar of Copyright and needs to pay the owner of rights in each work, royalties as per the rate fixed by the Board. The DIPP had issued an office memorandum on September 5, 2016 [read here] clarifying that the words “any broadcasting organization desirous of communicating to the public” in Section 31 D may not be restrictively interpreted to cover only radio and TV broadcasting. The Office Memorandum stated that on a joint reading of the definitions of “Broadcast ” and “Communication to the public” under the Act, the term broadcast shall include all kinds of broadcast including internet broadcast. For ease of reference, I have reproduced the relevant provisions of the Act and Rules here.

The aforementioned portion in the Saregama order essentially presumes that every radio, television and internet broadcaster has the inherent right to obtain a statutory license by paying the royalties to the owner of works as per the rates prescribed by the Appellate Board. Therefore, the remedy available for the owner of copyright for any breach of copyright by such an organization can merely be a monetary claim and not an order of injunction.

In my view, this interpretation would be flawed. Unless and until the broadcasting organization has obtained a statutory license in accordance with the procedure prescribed under the Act and the Rules, there cannot be any inherent right vested in such an organization to exploit works without authorization. The same would be contrary to the provisions of infringement of copyright under the Copyright Act and contrary to the spirit with which Section 31 D has been brought into effect.

Section 31 D came as a boon to the radio, television and internet broadcasting industry. However, the constitutionality of Section 31D is already a subject matter of challenge before the Calcutta High Court in the matter of Eskay Video Pvt. Ltd vs Union of India (WP. 14979(W)/2016). The provisions on statutory licensing have been challenged, inter alia, on the ground that they provide for a mechanism of mandatory licensing of copyright work without providing any say whatsoever to its copyright owner and without providing the copyright owners an opportunity of being heard, thereby being violative of Article 14, 19(1)(g) and 21 of the Constitution as well as the right to property of the petitioner under Article 300A. Further that there is no public interest in making film music available to the broadcasters at subsidized and preferential royalty rates rather than leaving them to negotiate commercial agreements with copyright owners and that the practical effect of Section 31D is to ensure commercial profitability of the broadcasters at the expense of the owners of the copyrighted works.

The Saregama vs New Digital  Media matter is a copyright infringement case in relation to certain songs claimed to be owned by Saregama which were being exploited by New Digital Media. The Calcutta High Court vide its order dated December 22, 2017 had restrained the defendants from using sound tracks of three films but vacated an earlier injunction with respect to eight other films. An appeal has been filed by Saregama which is pending before the Calcutta High Court.

While it would have to be seen whether the statutory licensing provisions are held to be constitutionally valid, it is unfortunate that decisions such as the Calcutta High Court’s order in this Saregama matter tend to create confusion and scope of being misinterpreted due to lack of lucidity.