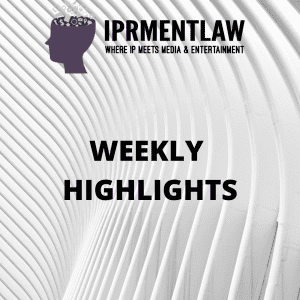 Kantara Movie : Kerala court returns second plaint filed against Hombale Films alleging copyright infringement. with this, there are no interim orders in force against the use of “Varaharoopam” song

Rishab Shetty’s blockbuster Kannada movie Kantara, and its music composer B Ajaneeshh Loknath soon faced allegations of copyright infringement around the song ‘Varaha Roopam’ soon after it release on September 30, 2022.  Thaikkudam Bridge, a Kerela based music band alleged that the song was a rip-off of one of its songs ‘Navarasam’ that was released over five years ago.

The sequence of events are as follows:

On December 02, the Kerela High Court clarifies that the stay of the order returning Thaikkudam Bridge’s plaint is for re-presentation and will not result in revival of the earlier injunction orders passed by the trail court against Varaharoopam song.

On December 03, Palakkad District Court has returned the plaint filed by Mathrubhumi Printing and Publishing Ltd.

So at present, there is no interim injunctions against the song and the makers are free to use it.

Shiromani Gurdwara Parbandhak Committee (SGPC) has argued that the film Dastaan-E-Sirhind violates strictures against Sikh Gurus or their families being depicted in any film or song, whether by actors or in animated form.

Harjinder Singh Dhami, president of the Shiromani Gurdwara Parbandhak Committee (SGPC), has urged the Punjab government to ban the release of Punjabi film Dastaan-E-Sirhind. The film is a hybrid — cinematic and animated — depiction of the life of the four sahibzadas, or sons, of Guru Gobind Singh, the tenth and last Sikh guru.

India Today Group, earlier this year filed a suit seeking permanent injunction against Telegram channels which are allegedly infringing its trademarks and copyrights.

Earlier in March, Telegram had told the court that the offending channels have been deleted as per the list submitted by the media conglomerate.

On July 11, the court directed Telegram to preserve the Basic Subscriber Information (BSI) of its users as under the IT Rules 2021 that requires an intermediary in India to retain user information for a period of 180 days after any cancellation or withdrawal of registration.

The court ordered that the information be submitted in a sealed cover to the counsels for the plaintiff with a clear direction that neither the plaintiff nor the counsels shall disclose the data to any third party, except for the purposes of the proceeding or disclosure to governement authorities or police.

The Madras High Court on Monday has sought response from the Central Government on a plea that sought for a direction to restrict minors from participating in online gaming and sports betting webistes and mobile applications by uploading documents for verifying age of the participants.

The petition has been filed by S Arya, an activist from Tiruneveli district. Referring to recent incidents where minors have committed auicide due to online gaming, the petitioner stated the stringent laws and regulations should be brought to prevent younng teenagers from gambling.

The Union ministry of information and broadcasting on November 30 updated the guidelines that permit multi-system operators (MSOs) to transmit local content, seeking a one-time registration fee of ₹1,000 per Platform Service Channel.

These Guidelines provide the definition for the ‘platform services’ and lay down the norms for the multi-system operators, MSOs in running the platform services. The guidelines added that only entities registered as ‘Companies’ are allowed to provide local news and current affairs. MSOs that are not registered as ‘company’ and want to provide local news and current affairs are mandatorily required to apply within three months with the Ministry of Corporate Affairs to convert into ‘company’.

The channels are also required to carry a caption as ‘Platform Services’ to distinguish them from the registered TV channels. “The Content of the PS to be exclusive to the platform and is not to be shared directly or indirectly with any other Distribution Platform Operator. However, sharing of live feeds from the religious places like Temples, Gurudwaras etc. shall be permitted,” the ministry said.

The Ministry asserted broadcast of such songs or content is in violation of the All India Radio Programme Code and the Central government has the right to impose restrictions up to suspension of permission and prohibition of broadcast.

Recently, Punjab and Haryana High Court had taken note that such content affected children of impressionable age and gave rise to gun culture and had banned the broadcast of songs containing such objectionable content.

The Delhi High Court, while hearing a lawsuit alleging trademark infringement by Namase Patel over Adobe’s name, has granted over Rs 2 crore as damages to the US-based computer software company.

Patel and others associated with him have been restrained from registering any domain name with the trademarks ‘Adobe’, ‘Photoshop’, or ‘Spark’, which could be considered an infringement of the company’s marks. The accused had registered similar domain names for various computer software and other IT-related services.

The Court took note that the accused stands recognised even in foregn jurisdictions, as being an inveterate and habitual cyber-squatter and domain name infringer and directed that Adobe shall be entitled to the required amount of damages of INR 2,00,01,000 as claimed in the suit.

The Delhi High Court has passed the interim order after Tata SIA Airlines, the owners of Vistara Airlines, filed a trademark infringement suit against the owners of the news channel.

Tata SIA approached the Court stating that it is the registered proprietor of the trademark ‘Vistara’ and has an exclusive right to use and protect the same from infringement by third parties. Counsels of the airline, told the Court that being a declared well-known trademark, Vistara is entitled to the highest degree of protection and further  argued that the Vistara News has dishonestly copied the trademark in its entirety and can have no plausible reason to adopt it.

The bench of Justice Jyoti Singh passed the order noting that a prima facie case was made out by Tata SA and the balance of convenience lay in its favor. The airline could suffer irreparable harm in case the injunction was not granted.