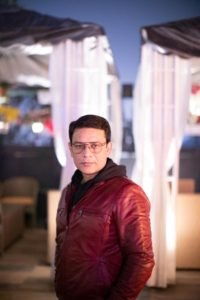 I am pleased to bring to you our next guest interview with Mr. Neeraj Kalyan, President, T-Series.

Mr. Kalyan started his career with T-Series in 1996 as a Manager and played an integral role in the company’s consistent success in becoming the leading music label in the country, resulting in his being elevated to the position of President of the Company. His career of over 25 years in the organisation has taken him through several transitions in the music business, especially the shift from physical to today’s digital market. He oversees copyright management, entertainment licensing, digital music, negotiations, strategic alliances, business development, and more at T Series.

In a welcome news for the industry, Super Cassettes Industries Limited, popularly known as “T-Series” and The Indian Performing Right Society Limited (“IPRS”) in a joint press release announced on March 31, 2021 that, T-Series has joined the membership of IPRS. T-Series, India’s leading Music label and the biggest Film Production studio in India brings to IPRS a vast music library of more than 200,000 titles, including 50,000 plus music videos, comprising of more than 15000 hours of music including musical compositions and lyrics forming part of songs/music videos spread across more than fifteen Indian languages such as Hindi, Punjabi, Bhojpuri, Haryanvi, Bengali, Gujarati, Marathi, Rajasthani, Tamil, Telugu, Kannada, Malayalam, Oriya, etc.

In this interview, Mr. Neeraj Kalyan talks about this reunion with IPRS which were a result of the tireless efforts of Mr. Kalyan and his legal team. Some very candid answers which you all have been curious to know.

1.How did the decision to join IPRS, 4 years after its re-registration and several years after you were last with them, come about?

We, at T-Series are very passionate about the music we create, and music is a language which transcends all boundaries and differences. In order to progress and grow, one has to let bygones be bygones. Internationally, there is not even an iota of doubt that Publishing is a separate right, whereas in India, despite the 2012 Copyright Amendments we as a community are still struggling in courts to establish rights in underlying literary and musical works. This perception has to change, and it is only when the music community as a whole is united, can we bring about this change. It is this passion to work towards the interest of the music industry that drove us to re-join IPRS.

2. You are being looked at as the chief architect of this reunion, what can you tell us about the experience of negotiating with IPRS and what were your key takeaways?

Negotiations are only a way to put-forth your point of view. There is always give and take in any deal. However, once both parties are aligned on achieving a common goal or objective, the deal has to fall through. Both IPRS and T-Series were aligned on coming together in the interest of music creators and owners alike and hence, the only thing remaining was the legal points which were handled by our lawyer, Ms. Geetanjali Visvanathan, Partner at Ira Law.

My takeaways from any negotiation are (i) know your objectives (ii) strive to think out of the box and come up with solutions which will work for both sides as unless there is mutual agreement, no relationship can work.

It is important to state that in all these years, we at T-Series have not collected a single rupee which is attributable to the authors share of royalties from exploitation of underlying literary and musical works which form a part of our catalogue. In fact, we have always maintained that the correct position in law is that the authors/composers are free to collect their share of royalties from IPRS or end users, as the case may be.

Having said this, our joining IPRS will ensure that end users who exploit our sound recordings, music videos, underlying works, end up paying IPRS for our catalogue of underlying works embodied in sound recordings and music videos and such royalties will then be distributed by IPRS in a transparent manner to the authors/composers as well as T-Series in accordance with the law.

4. T-Series is the biggest music channel in the world on YouTube, your music transcends boundaries, can the authors and composers of your catalogue now expect to benefit from your IPRS deal even in respect of their usages outside India?

Music licensing is a complex field, and we must understand the ‘A’, ‘B’, ‘Cs’ of licensing before entering into this business. As regards, exploitation of music outside India, IPRS itself has reciprocal arrangements with sister copyright societies through which authors and composers receive their share of royalties and/or authors/composers are themselves members of such sister societies like PRS UK and receive their royalties directly. As far as royalties from YouTube are concerned, IPRS will definitely be able to unlock the value for authors / composers in a seamless manner.

5. How will T series becoming a member of IPRS benefit the industry?

The way I see it, unification of authors, composers and music labels / publishers is the only way to ensure that everyone gets their dues for their contribution into making of a song. The misconception that ‘music is free’ or that only one license is needed when a song is played can only be removed once we join our efforts to create awareness amongst the masses and users of music in India. Joining IPRS is only the first step and together, whether through negotiations or availing remedies available to us in law, I am sure that publishing rights in India will get a major boost and will lead to growth of the music industry.

6. Will T Series be aligned with IPRS in the strategy before the Delhi High Court in the radio appeals on publishing royalties?

We are not aligned to any strategy but have always been aligned with the correct legal position in law, which is that each song has three components, namely (i) literary works (lyrics) (ii) musical works and (iii) sound recording as stipulated under Section 13 of the Copyright Act.

Each of the aforementioned are separate works under the Act and the owner of the aforementioned works has rights to do or authorise the doing of acts, as stipulated under Section 14 of the Copyright Act. When a song is played through any mode or medium, whether through radio, television or internet, essentially the following licenses have to be obtained by the exploiter of the song: (i) a license from the owner of the sound recording for exploiting the rights in the sound recording and (ii) a separate license from the owner of underlying literary and musical works for exploitation of rights in the lyrics and musical composition embodied in the sound recording. The latter is what is known in the industry as Publishing Rights.

The stand of the FM radio broadcasters that only one license is needed is an erroneous interpretation of law to serve their own purpose. Both clearances have to be taken under law and am hopeful that the Hon’ble courts will deliver justice soon to end this hoodwinking by FM broadcasters.

As regards Publishing Royalties, the same are due and payable to both the owner and author of the literary and musical works in the ratio of 50:50 and such royalties are separate and distinct from any fee for utilization of the sound recording under the sound recording license. This is the correct position internationally as well as in India post the 2012 amendments.

7. Several key players have not procured licenses from IPRS but may have separate deals with T Series. How does T Series plan to address this industry divide on publishing royalties?

As stated above, the industry divide on the concept of Publishing Royalties can only be addressed jointly through negotiations or approaching the courts to take action against infringers. Sound Recording deals that T-Series has with users has nothing to do with Publishing Rights, which are distinct and separate.

8. One of the main concerns raised by several users is there not being a single window licensing mechanism. Could you clarify the scope of the membership with IPRS and to what extent will this concern of the users be addressed?

Membership of IPRS ensures that an Indian service which wants to utilize works from our catalogue can approach IPRS in order to obtain a license for the publishing rights in the underlying literary and musical works belonging to T-Series and other members of IPRS. The rights in the master sound recordings, synchronization rights etc still have to be cleared separately through T-Series.

9. What are your thoughts on new Copyright Rules, 2021 qua the requirement of annual transparency reports added for copyright societies?

This is a good step taken by the Government of India. Transparency is the foundation for any body/entity/copyright society, which works for the benefit of others/members and furnishing such reports is the need of the hour and will only ensure that more members of the music community join IPRS.

10. Any key changes which you feel should have been addressed in the 2021 Rules or need to be addressed by way of an amendment to the Copyright Act?

I think piracy, in any form, whether physical or digital, is one issue that the government should address. When it comes to piracy, there should be more stringent penalties against the pirates so as to ensure that there is a deterrent in the market. In fact as per the latest FICCI E&Y Report, piracy in India is second only to China and though it has reduced from 76% in 2018 to 67 % in 2019, it is still higher than global average. The Government should also look at providing more incentive to the music industry, which will in turn attract investment and lead to economic growth. 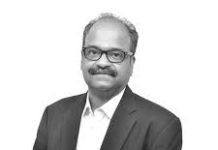 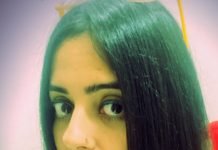