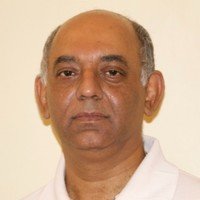 I am pleased to bring to you our next guest interview by Atul Churamani. A familiar name in the music industry, Mr. Churamani is currently the managing director at Turnkey Music & Publishing Pvt. Ltd.  He has over 32 years of experience in the Indian music industry. He started in the music business as Manager International Music with CBS Gramophone Records & Tapes India Ltd. in 1987. He has worked with Magnasound India Ltd, Virgin Records India Pvt. Ltd, Saregama India Ltd and Onmobile Global Ltd. He has handled portfolios across divisions including International Music, Sales, Marketing, A&R, New Media, Publishing and Concerts. He was the driving force behind setting up the international publishing network for Saregama India Limited and started its digital business and the events business for the company’s international offices. He has helped create the Indian pop category and launched the careers of artistes like Baba Sehgal, Daler Mehndi, Shaan, Colonial Cousins and many more.

(Certain references have been made in this interview to the recent articles written by Atul Churamani in MusicPlus which can be viewed here and here).

Atulji could you tell us a bit about a role of a publisher and why should an artiste hire a publisher?

A music publisher is the entity that deals with the commercial exploitation of copyright in the musical and literary works. It is an independent entity from a music label and signs composers and authors, which is different from a music label whose main business is to sign performers.

Is the absence of the music publishing industry in India one of the primary factors for India lagging behind its western counterparts?

In terms of development of the publishing business, most definitely. In India the music labels became publishers by default. Assignment of musical and literary works was included in contracts for sound recordings. At the time there was also no publisher, no IPRS, and no form of publishing revenue. So, it wasn’t by design but by sheer accident that labels also became publishers and then it became a norm as everyone followed the leader. Honestly, nobody knew any better.

Labels exploited publishing rights to the best of their ability but the main focus of the business centered around sound recordings.

So, what really suffered was setting the business eco system and practices right. We may not have had that long battle between the labels and composer / authors if there had been a publishing business from the start.

You’ve recently written about how public performance revenues needs to be unlocked in India. Do you think registration of PPL as a copyright society would make any difference?

Most certainly. Even when a copyright society tries to collect public performance revenue, its rights are challenged. And these are societies recognized by law. So, to not have a society for sound recording collection increases the challenge. If you read the comments under my article, there are questions about PPL today from users and consumers, with the refrain being that it is not a society recognized by the government. Which gives the impression that it is a rogue body doing something illegal. The delay in granting recognition to PPL as a society has been very damaging.

Do you feel that the Government has been apathetic towards the music industry’s demands and not done enough after the 2012 Amendment to the Copyright Act? What are your expectations from the Indian Government in this regard?

Frankly, I don’t think there were any demands on the government from the music industry once the Amendment took place in 2012. The demands were and still are from ancillary industries that need music for their business. The music industry has always been suppressed to help other industries grow, as was with FM radio and now is with streaming services.

If the government wants, it can partner with the music industry and through simple….read that as really simple…measures, grow it at least tenfold. Or it can continue to taint and tar it and end up losing a colossal amount of tax and employment opportunities. Poor Blaise Fernandes, the IMI President, has been trying to engage desperately with the government but I still feel that there is a huge bias against the industry. Which is sad for a government that prides itself on being business focused.

My expectations from the government are (1) Mandate all shop and establishments to take an annual music license. (2) Have the IPAB set a rate for FM radio that is fair, now that the infancy story of the radio industry is over. (3) Get your own All India Radio to pay IPRS. (4) Don’t keep interfering in the music business. (5) If you must interfere, at least get a team of experienced music industry people to advise you!

Several labels and artists are still skeptical of joining IPRS and PPL due to historic wrongs which has led to the industry being scattered. Do you think having more than one society for one class of work (the way it is in US) will help solve this issue and make the industry more unified?

I loathe fragmentation, especially in the case of a country that does not want to pay for things, least of all music. The more bodies you have, the more confusion you cause. You talk about the US. If I want to license a song, I have to check three society databases to find out which society has the rights to it. In the UK, I need to check just one.

As I said in my article, collectives are for the convenience of the user. But the more collectives you have, the tougher it gets.

Do you see the need for there to be a single window licensing? Any suggestions on how with the existing legislative framework this could be a possibility?

Oh absolutely. If we need to unlock true value for the music industry, single window licensing is almost a pre requisite. The benefits are twofold. First, as I mentioned, there is convenience for the user. The second is consolidation of manpower, especially in public performance licensing, which is still very human dependent. At the moment, IPRS, PPL, Novex, ISRA and others all employ people to license the same outlets. What a waste!! And to think that at least four people go to the same guy to ask for money from say 20,000 establishments. Make it a single window, letting one guy license for all and you can spread this army of people to other parts of the cities and states to widen the net of establishments being licensed. It’s common sense, isn’t it?

The existing Copyright Amendment needs a desperate amendment! There is so much that is incorrect and confusing in there that it prevents the industry from growing. And of course, the noble intent of having composers, authors and performers receive royalties has largely not been achieved.

Any parting thoughts for our readers?

Respect intellectual property, respect copyright and be as keen to pay for it as you are to pay for an apartment that you buy. Music is not a commodity, it is not created free. And if you’re helping someone avoid paying for music, shame on you! 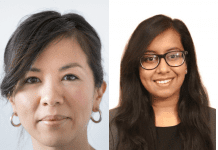 Guest Interview: In conversation with Ms. Melissa Morgia of IFPI on ‘Digital Music Piracy: Trends, Challenges and the Way Forward’ 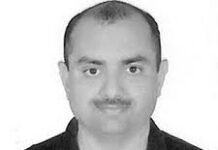 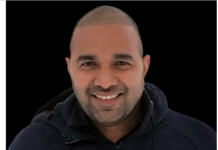