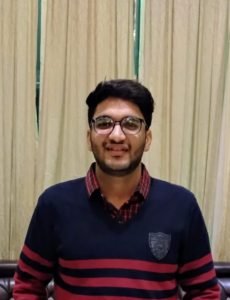 We are pleased to bring to you our next guest post by Ujjawal Bhargava, fourth-year student of the Institute of Law, Nirma University, Ahmedabad. Ujjawal has a keen interest in the subject of Intellectual Property, specifically copyright and trademark laws. He has written for us earlier here .

Recently, the governor of Kerala promulgated an Ordinance to amend the Kerala Police Act, 2011 (‘KPA’). This amendment was made to insert a Section 118 A in the principal Act, after Section 118. However, owing to a series of apprehensions and criticisms raised by members of the opposition and activists concerning its adverse effect on freedom of speech, the Kerala government has decided to have a discussion on it before implementing it, consequently, putting a hold on it for the time being.

The present article is an attempt to highlight the problems with the ordinance and to demonstrate how this ordinance also paves way for people, the police and the government to censor content (either directly or indirectly).

Problems with the Ordinance

Section 118A. was inserted in the KPA through the said ordinance. It states that “Whoever makes, expresses, publishes or disseminates through any kind of mode of communication, any matter or subject for threatening, abusing, humiliating or defaming a person or class of persons, knowing it to be false and that causes injury to the mind, reputation or property of such person or class of persons or any other person in whom they have interest shall on conviction, be punished with imprisonment for a term which may extend to three years or with fine which may extend to ten thousand rupees or with both.”

The language employed in the said section poses pertinent problems. Firstly, it uses the term ‘makes, expresses, publishes or disseminates through any kind of mode of communication’ meaning that even if a person has not created a new post and has merely shared(disseminated) an already existing post, he can be charged under this section. The said section is analogous to repealed Section 66A of the Information Technology Act, 2000(‘IT’ Act) which made sending of offensive messages through communication service punishable. The said section also does the same thing.

Moreover, under Section 118even if a person expresses his/her opinion in a WhatsApp group and someone finds it ‘threatening, abusing, humiliating or defaming’ (which can have subjective understanding), such person (the one who shares the content) can be charged under this section. For instance, during the time of demonetization, the collector of Indore invoked Section 144(2) of the Indian Penal Code on persons who posted about it. He further said that such posts offer a threat to the law and order. Section 118 escalates this situation, because to charge a person under this section, the communication may be in any form and need not be online to charge a person under this section as it uses the term ‘any mode of communication’ (including print media, films etc.).

Secondly, the terms ‘threatening, abusing, humiliating or defaming’ have not been defined either in the said Ordinance or the KPA making them vague, unspecific and indistinct. Such vice of vagueness was severely castigated by the Supreme Court in the case of Shreya Singhal v. Union of India. The court also said that  “a section which creates an offence and which is vague must be struck down as being arbitrary and unreasonable”. Notably, such vagueness can result in this law being misused indiscriminately by individuals, government or even by the police against people who disagree with them. Illustratively, in 2017 a Meerut based journalist, Afghan Soni was charged under Section 66 of the IT Act for posting a derogatory video of Narendra Modi in a Whatsapp group. The alleged derogatory video was meant to be a ‘harmless satire’. It showed PM Modi asking a question on ‘Achhe din’ which is being answered by a herd of sheep. However, some people in the group disapproved of it, hence the said charges.

Apart from the problems in the language employed, the said section as argued by various legal experts stifles the right of freedom of speech and expression. They also argue that it will not stand the scrutiny of the Constitutional Court as the text of the section is eerily similar to Section 66A of the IT Act which was declared unconstitutional by the Supreme Court. The Apex Court while doing so had noted that Section 66A curtailed freedom of speech and expression of the public and owing to its vague language can be extended and expanded to include anything under its purview. For instance, the above-mentioned illustration of journalist Afghan Soni explicates this argument. He was charged merely for sharing a video which some people did not approve of. Freedom of speech and expression allows a person to voice his/her opinion, however, laws like these allow anyone to curtail this freedom just because they find the opinion distasteful.  Identical problems are apparent in this section.

Thus, given this situation, the question that needs to be posed is when there are exiting laws that allow individuals to file a suit for defamation (Section 500 IPC) then what is the pressing need of implementing laws like this that will give unfettered powers to everyone, leading to calamitous outcomes.

The advent of internet has made communicating and disseminating of ideas, thoughts and contents easy, simple and effortless. It enables free flow of opinions and ideas between people from anywhere in the world, including opinions on political, social and cultural importance making it a “market place of ideas”. Social media platforms have enabled people to share their thoughts, ideas which can be accessed by almost everyone and anywhere. Furthermore, a person may discuss or even advocate by means of disseminating over the internet information that may be a point of view pertaining to government, religious beliefs, literary or scientific methods. However, this point of view may be unpalatable to certain sections of society as what may be offensive to one may not be offensive to another (as argued here and here). Moreover, what may cause abuse or inconvenience to one may not cause abuse or inconvenience to another.

Other than personal opinions pertaining to government and its criticism, it is also possible that certain sections of society may find even a film, standup comedy and various other methods of entertainment unpalatable which may be because they follow a certain religion or have contrasting ideologies. Illustratively, very recently, a stand up comedian, Munawar Faruqui was arrested for allegedly making a joke on Lord Ram and hurting Hindu sentiments which again created digital divide in the country. Some supported the comedian where others denigrated him. Similar was a fate of the ad Tanishq ad which was lampooned on the ground of Love Jihad. We can’t forget the movie Padmavat which sparked fierce protests based only on the rumor that it contained an intimate scene, which the Hindu and Rajput groups found unpleasant. Moreover, some time back, standup comedian, Agrima Joshua was abused and had to take her one year old video down from YouTube because certain people and the government thought that it insulted Chhatrapati Shivaji Maharaj. If this law was present at that time, people or the government could have charged the makers of the movie Padmavat or the standup comedian Agrima Joshua under the said law to punish them just because certain people found their content unpalatable (resulting in direct censorship by people or the government).

Once such a draconian law is implemented, apart from stifling the freedom of speech and expression it also has some social consequences. Such laws can create internal censorship among people forcing them to use socio-political filters while creating content. It is worth noting that what we call the creative and inventive expression are sometimes the crucial tools to question the stagnated ethos of a country. The role of arts (music, graffiti, dance etc.) in the social revolution is a open secret. However, when laws start controlling content beyond what is needed, the poplar ideas of morality become the base of legal morality which is deeply problematic for a democratic state. When people feel apprehended they do not bring up issues that may be disliked by others or do not produce new works on issues that may be ostracized by others, further demeaning the intellect of the citizen and clamping down on creativity, resulting in censoring the content (indirectly). Illustratively, issues which deal with tabooed subjects, which are against the political ideologies of the majority population etc., may not be taken up because a particular section of the society may be sensitive towards the subject.

Thus, laws like Section 118A. should not be implemented as it not only restricts the right of the people but also censors the content created by people after devoting a lot of time and money. This is because the government can block any content it deems to fall within its broad terminology and conditions used in the language of these laws. Moreover, it also hampers the creativity of people. Pertinently, the U.S. Supreme Court in the case of Burstyn v. Wilson while striking down the section which was censoring content said that “to allow such vague, indefinable powers of censorship to be exercised is bound to have stultifying consequences on the creative process of literature and art”.

The censorship created by these laws (either directly or indirectly) results in curtailing of public’s right to disseminate the work as this section is intended to punish any person who uses any mode of communication to disseminate any ideas, thoughts or information which any person may find offensive, further curtailing the people’s right to access to works. Interestingly, the right to disseminate work and its access is a part of the fundamental right of speech and expression and should be protected as held by the Supreme Court in Ministry of Information & Broadcasting, Govt. of India v. Cricket Assn. of Bengal (Para 37). Furthermore, Article 19 International Covenant on Civil and Political Rights also enunciates that everyone shall have the right to freedom of expression which shall include the tight to “seek, receive and impart information and ideas of all kinds”.