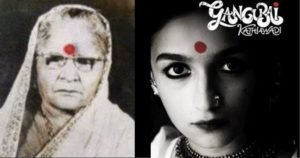 In a case filed by Babuji Shah, purported son of Gangubai Kathiawadi seeking injunction against authors of the novel ‘The Mafia Queens of Mumbai’ to restrain them from publishing, selling or creating third party rights on their novel, as well as to injunct Bhansali Productions from producing the film “Gangubai Kathawadi” or airing any promo of the film based on the novel, the Mumbai City Civil Court on February 17, 2021 dismissed the suit and refused to grant any relief to the plaintiff. [Update: Read order here].

The novel ‘Mafia Queens of Mumbai: Stories of women from the ganglands’ is an Indian 2011 non-fiction crime novel written by Hussain Zaidi with original research by reporter Jane Borges. The film ‘Gangubai Kathiawadi’ starring Alia Bhatt, directed by Sanjay Leela Bhansali and produced by Bhansali Productions and Pen India Limited is an upcoming Indian Hindi-language biographical crime film based on a chapter about Gangubai Kothewali from the novel.

Gangubai Kothewali was sold into prostitution at an early age by her male suitor, Ramnik Lal, after running away from home to Mumbai. She came to be known as the Madam of Kamathipura running several brothels in Mumbai. She was also known to fight for the rights of sex workers.

In the case filed before Mumbai City Civil Court, Babuji Shah – who claims to be the legal heir of Gangubai Kathiawadi claimed that the chapters on Kathiawadi in the novel were defamatory, tarnished her reputation and infringed upon the right to privacy and self-respect of his purported deceased mother. Further that the authors of the novel did not seek his permission nor sought any information from him or other family members.

As per reports, an application was filed by the producers of the film for rejection of the plaint, inter alia, on the ground that the suit is barred by limitation since the novel was published in 2011. Further that the Plaintiff had failed to substantiate his claim that he is the adopted son of Gangubai Kathiawadi or array other family members he which he claimed were wronged by the book, thereby Plaintiff not being able to establish his locus standi.

It would be relevant to highlight that in the case of Khushwant Singh and Anr. Vs. Maneka Gandhi [AIR2002Delhi58], Maneka Gandhi had filed a suit for injunction against the autobiography of Khushwant Singh titled ‘Truth, Love and a Little Malice’ claiming that certain extracts therein concerning her were derogatory and defamatory. In an appeal filed by Khushwant Singh against an ex-parte injunction passed by the single bench, the division bench of the Delhi High Court took into account that the portions which Maneka Gandhi had an issue with were matters of public knowledge and had been in public domain for several years to which she had at no stage raised any objections or initiated any proceedings when those publications were brought out and by her silence had acquiesced and accepted the same. The Court had thus refused injunction and stated that Maneka Gandhi would have a right to claim damages in the tort for breach of privacy or defamation.

In addition to the technical grounds taken in the application filed by the Producers (in the instant case )for rejection of the plaint, if one is to apply the principles laid down in the Khushwant Singh case, the court has rightly rejected the injunction plea filed by Babuji Shah, given that the book ‘The Mafia Queens of Mumbai’ has been published for almost a decade without there being any action taken against it. Further, the story of the life of Gangubai has been widely reported and in public domain without there being any action taken in relation to the same.

This case is yet another instance where legal heirs have gone after film makers on grounds of defamation and breach of privacy of the deceased.

Let’s take a look at few such other cases where legal heirs have filed such cases:

In M.P.Raju and others Vs. T.G.Chacko and others, 2005 SCC Online 430, the Kerala High Court observed “Defamation is actionable both under the civil law and under the criminal law. The expression “person” appearing in the body of Sec.499 of the IPC would not normally cover a deceased person and that obviously is why Explanation-1 has been added to the Section. A claim for compensation for defamation under the civil law may not be maintainable in respect of defamation of a deceased person on the principle that a personal right of action dies with the person. (Action Personalis Moritor Com Persona). But still the law makers felt that defamation of a deceased person can legitimately give rise to a criminal prosecution for the offence of defamation against a deceased person. It is easy to understand the rationale behind the law. Defamation is made punishable as a crime only because of the potential of such offence to endanger law and order. The criminal law endeavours to maintain peace, tranquility, law and order in society and anything which is likely to threaten them and result in breach of peace is made actionable under the criminal law. This rationale underlies Explanation-1 of Sec.499 IPC also. Any person may get triggered to commit offences and thus cause breach of the peace if a deceased member of his family or other near relative of his were defamed. Accepting this reality in life, Explanation-1 has been added to Sec.499 IPC to ensure that defamation of a deceased person is also culpable. But the law is very careful. The offending publication should not only be defamatory to the deceased. It must also be intended to be hurtful to the feelings of his family or other near relative, it is stipulated. Every lineal descendant or every person interested in the deceased cannot complain of defamation against the deceased. Firstly, such complainant must be a member of the family of the deceased or must be a near relative of his. The words “family or other near relative” significantly are not defined in Sec.499 IPC. Such expressions are not defined in the Indian Penal Code. The expressions “family” and “other relative” are expressions which can have different shades of meaning depending on the circumstances and the purpose which a statutory provision is intended to achieve. Any attempt to understand the sweep, width and amplitude of the expressions “family or other near relative” must certainly be made conscious of the purpose which Sec.499 IPC and Explanation-1 thereto have got to achieve. Prevention of breach of peace is the signature tune underlying the law of crimes. It is the same when it concerns Sec.499 and Explanation-1 thereto. The members of the family are assumed to be near relatives going by the language in Explanation-I. It is, however, stipulated that there can be other near relatives also. It is not every one who can complain of the defamatory imputations made against the deceased. A smaller group or class of persons are specified. By nature of their relationship with the deceased or by their peculiar proximity to the deceased certain persons may be triggered to threaten law and order when a deceased person is defamed. The law assumes that members of the family may be so triggered. It is not every distant member of the family who can justify such improper triggering. They must be sufficiently close and proximate to the deceased. This is the statutory rationale underlying Sec.499 of the IPC and Explanation-1. Therefore, according to me, the expressions “family or other near relative” must receive a stricter and narrower construction. Judicial interpretation of the expressions ‘family’ or ‘other near relative’ in other statutes or in different contexts may not be of crucial assistance. The meaning that is to be assigned in the given context is important. One must hence remember the purpose – abating any threat or danger to peace and tranquility in the society on the apprehension that a person other than the deceased may be triggered to commit breach of the peace, in mind while ascertaining the sweep of the expressions. The family in the Indian context, generally stated, may include a large number of persons. The understanding of the concept may also have to be in the background of the given social realities and norms prevailing in the society. Community of interests as members of the family may have to be taken into account. In these circumstances, I am satisfied that the expression ‘family’ can be understood to mean only the nuclear family namely, husband, wife and children. Any attempt to widen the scope of the expression ‘family’ would not be conducive to the purpose which Sec.499 and Explanation-1 are expected to serve. I find no precedents on the point. The learned counsel for the rival contestants are unable to place before me any binding or persuasive judicial thought on the subject. So, construing from first principles, I take the view that a limited narrow circumference has to be fixed for the expression ‘family’ and I reckon the expression ‘family’ to include only husband, wife and children.”

The Supreme Court of India in Justice K.S Puttaswamy (Retd.) v. Union of India and Ors (WP (C) 494/2012) was of the view that right to privacy is a pre- constitutional right, which has been preserved and recognized by the Constitution of India, not created by it. This right provide individuals with the ability to command control over various aspects of their personal life for the purpose of not only controlling the manner in which these aspects are portrayed to the world at large but also controlling the commercialization of one’s identity. The right to privacy also necessarily includes the right to prevent others from using his/her image, name and other aspects of his/her personal life and identity for commercial purposes without his/her consent. 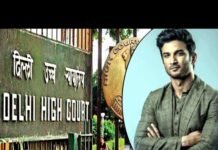 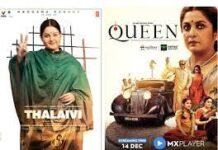 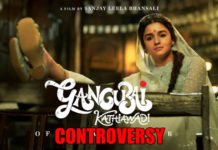