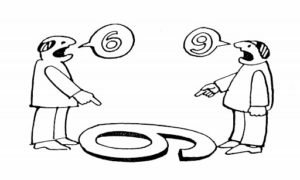 Martin R. Lemieux’s famous quote “All in the eye of the beholder – Some of the most destructive forces in the world (Fire & Water), can also have the power of beauty.” can have multiple interpretations, however, I see this as epitomizing the beauty of subjectivism and rationalism. It highlights how a reader/viewer/listener is the ultimate interpreter of an art/culture/interaction/object. Hence, it does not seem wise to dictate what is good and what is bad as per the popular opinion.

The inextricable connection between law, mortality, and art has often been defined as the evergreen issue of socio-political-legal discussions. The recent past has witnessed several instances of content censorship with moral substantiations. Notably, the creation of content implies the exercise of constitutional right of speech and expression (a human right too) and protected by copyright law. Recently, The advisory opinion addressed to CBFC asking the production houses to take No Objection Certificate (NOC) from the Ministry of Defense before showing any content about the army. Similarly, a case filed against Amazon series the Pataal Lok alleging it be defamatory of the Nepali community. In another instance, a case was filed against  Hasmukh (TV series) for allegedly maligning the image of lawyers. Moreover, comedian, Agrima Joshua faced severe virtual anguish over her remark on the proposed statue of Shivaji.

These incidents arise some fundamental yet vital questions about the impact of censorship on creation and creativity. The present article is an attempt to ponder upon these questions including whether content censorships dissuade creators to produce content?, Does it keep the same the creators motivated/incentivized to generate more content?, would people have more socio-political (economic too) filters in their minds while creating any work? Is this situation beneficial for the creativity of society or it will stifle creativity in the long run?

These are some of the imperative questions to be mulled over while ascertaining the morality and the legitimacy of content. Without bracketing these questions as good and bad or answering them in binary of YES and NO, the need is to understand the implication of these questions and the ineluctable aftermaths of their binary answers.

The originality of a movie has been a dubitable cum debatable issue earlier, however, in Metro Tyres and Yashraj Films cases have settled this perennial debate by holding movies as the original works requiring the employment of skill and judgment of its author(s). Interestingly, the answer is also present in Section 13(3) which states that “Copyright shall not subsist — (a) in any cinematograph film if a substantial part of the film is an infringement of the copyright in any other work…”. In simple words, the author of a movie is required to create it without copying any other work thereby mandating the independent creation of such work. There are various theories and justifications of the movie as art and one such person is Ricciotto Canudo who defined movie as a seventh art.

As told by some scholar “Cinema does not cry. Cinema does not comfort us. It is with us. It is us.” The one who is making the cinema does not necessarily have the same meaning as the person watching it. As argued by personhood theorists, IP (especially copyright) is an expression of its author’s personality and created by externalizing ideas. Hence, in essence, movies are expressed ideas. The interpretation of these ideas depends on the personality of the viewer/reader/audience. This is also corroborated by Roland Barthes’ essay “The Death of the Author” which vehemently focuses on the cultural codes of the person who is reading a text. He posits that an author cannot control the interpretation once the work is created and read by someone else. He exquisitely highlights the presence of multiple perspectives and factors while reading and comprehending a text. Appositely, the same is also relevant for the movie as it is also a form of writing by which the ideas in the mind of the author are given visible expression [Burrow-Giles Lithographic Company v. Sarony, 111 U.S. 53 (1884)]. Movies have often epitomized as “a whole which is greater than the sum of its part”. The concept originally stems from Aristotle’s writing and is popularly known as gestalt theory. It coincides with the argument of not limiting movies to ideology and bracketing it as good and bad or moral and immoral. Rather, it is to be understood that both viewer and author (filmmaker) have different cultural backgrounds, understandings, conception, and intentions while watching a movie. Both use certain cultural and cognitive tools (consciously or subconsciously) to comprehend a particular work. Hence, using people’s opinions and sentiments as content legitimacy seems a little problematic in the long run.

The Marketplace of Ideas

John Stuart Mill’s concept of the marketplace of ideas is a subset of freedom of expression and draws an analogy to the economic concept of a free market. The concept simply posits that the free flow of ideas in the market unclothes the truth as ideas compete when they are in the market, ultimately reveals the truth. Intellectual property (copyright in this case) though is not concerned with the unearthing truth, yet it surely underlies competition in the society and the consequent incentivization to people to create better ideas and expressions. This coincides with the incentive theory of intellectual property which regards IP as a tool to incentivize people to create work (though it doesn’t work on passionate people with internal motivation). Many critical IP scholars have posed contrary remarks on the theory by calling it a mere corporatized illusion.

Given the nature of the intellectual property and its embedded sustenance in society, it won’t be wise to call copyright as completely a non-incentivizing law. The creation of a work, if not incentivize, would surely unlock new ideas to be developed. If a work does not add any value to the society directly, it is very likely to increase the common stock which could enable some other persons to work. Hence, the censorship of content requires a more rigorous and calibrated approach, otherwise, it causes inconceivable harm to society in the long run.

As argued by William W. Fisher III in one of his CopyrightX lectures and his article that IP should be used as an instrument to create an attractive culture. Here, the attractive culture does not only imply aesthetic arts and monuments but also signifies new information and ideas, rich artistic tradition, distributive Justice, semiotic democracy (where everyone can enjoy the culture and shape it). In the era of post-modernism where truth remains a relative concept, the liberal understanding of art becomes more imperative for the development of society. Interestingly, the doctrine of avoidance nurtures the notion of law and art are two cultural discordant functions. The former strives to maintain status-quo whereas the latter is inconstant and attacks established norms. Further, how the courts interpret the impugned art is another nebulous question to be highlighted.

Illustratively (and interestingly), there are said to be three hundred versions of Ramayan (which is also a book with the same name) with different stories and expression. Countries including Nepal, Bhutan, Philippines, Thailand, etc. have their own versions of Ramayana which substantially vary from the Indian version. What if someone decides to make a movie on Jainism’s version of Ramayana which does not iconize Ram in the same way and calls Lakshman as the slayer of Ravana. Should it be censored because it does not portray the same narrative? Similarly, can a documentary on the Indonesian version of Ramayana be construed as anti-Hindu Ramayana (which is predominantly accepted in India) and banned in India? Does it not infringe on the rights of performers and other authors working in the movie? Will it not be culturally offensive to the Indonesian people or those who subscribe to the different versions of Ramayana?

Understanding and judging an art is our inevitable trait. However, to what extent an art (music, painting, poetry, movie, dance, or any other expression of an idea) should be judged and curbed needs to cautiously pondered upon. The conception of the law as a panacea that can cure everything needs to be done away with. It is to be noted that law is not always underpinned by logic, experience also plays an important role in developing the law. There was a time when movies based on homosexuality were banned, however, the similar movies are now getting worthy acclamations. It shows the shift of society from one time to another and arises a fundamental yet important questions that if a art is censored under the guise of immoral/improper, whose fault it is? Will it be the fault of law to not envisage the future? Or should society be held accountable which practically works on majoritarianism and popular opinions? These are some important question which I urge every reader to ruminate while approaching this debate.