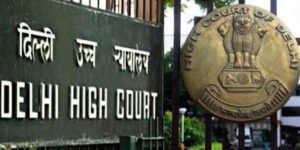 This post will go on to compare the rulings in the recent landmark decision by the DB of the Delhi HC in the case of Amazon v. Amway (covered herein on the blog), with the decision rendered by the learned single judge earlier in the case of Christian Louboutin v. Nakul Bajaj. The sole purpose is to identify the impact of the recent judgment on the jurisprudence and to identify the prevailing state of law for legal practitioners and the industry stakeholders to be informed. The specific focus of this comparative analysis is upon the definition of an “intermediary” and the scope of “safe harbour provisions” applicable for intermediaries. The looming question which this post seeks to address is that-  whether the 26 factors recognised by the learned single judge in Christian Louboutin are yet applicable or have been effectively overruled?

The learned single judge, in a landmark opinion in the case of Christian Louboutin v. Nakul Bajaj, rendered an important and acclaimed decision wherein the definition of an intermediary and the safe harbour under section 79 of the IT Act, were diluted and narrowed. The court specifically in para 56 of the decision, went on to provide 26 factors, to judge as to whether an intermediary was an active or a passive one. Upon adjudication of the same only, could the court proceed to determine whether the safe harbour under section 79 would apply. The court in effect limited the application of the safe harbour provisions to passive intermediaries, who wouldn’t perform the tasks mentioned within paragraph 56 of the decision.  The single judge in paragraph 63 went on to state (referring to the conditions laid in para 55):

“……The elements summarised above would be key to determining whether an online marketplace or an e-commerce website is conspiring, abetting, aiding or inducing and is thereby contributing to the sale of counterfeit products on its platform. When an e-commerce website is involved in or conducts its business in such a manner, which would see the presence of a large number of elements enumerated above, it could be said to cross the line from being an intermediary to an active participant. In such a case, the platform or online marketplace could be liable for infringement in view of its active participation.”

Coming to the case at hand, the decision in the Amway case specifically in reference to the division bench judgment in M/S Clues v. M/S L’Oréal, has explicitly overruled the application of this narrow approach. The court has gone on to state that there is prima facie merit in the claim that value added services like a few of those listed in the judgment of Christian Louboutin does not dilute the safe harbour provisions for intermediaries. It further quoted section 2(1)(w) stating that value added “services” may be provided by intermediaries and it is statutorily permitted.

Upon analysis of this comparison and the legal position, it is clear that the division bench has adopted a moderate approach by not restricting the definition of intermediaries in itself, to allow for evidence to be raised and the safe harbour provision to be applicable to all kinds of intermediaries as an affirmative defence, rather than an enforceable provision. However, this decision in Amway has not emphasized upon the question of whether all the 26 factors need not be considered to determine safe harbour. Although, the interpretation of “intermediary” has been rightly expanded, as against the Christian Louboutin decision; but the scope of safe harbour has not been clarified in this decision. The question dealt with by Justice Pratibha Singh in Christian Louboutin (para 56) was would section 2(1)(w) extend to those entities which perform the tasks mentioned within the same paragraph. This has effectively been answered in the division bench judgment of Amway and affirmed, however most importantly, the applicability of the factors mentioned in Christian Louboutin, while determining the scope of safe harbour, and its effect on the same has been overlooked.

In simpler terms, an intermediary which, for instance, provides authenticity guarantee (factor v), or advertises the product (factor x), or gives specific discounts to members for purchasing a product (factor xi), which is a counterfeit product or alleged to be one, ought to dilute its safe harbour to some extent. It still may be an intermediary under section 2 (i)(w), however may not be completely exempted from liability due to its active participation and failure in due-diligence by specifically promoting products which are infringing.

What I intend to convey through this discussion is that, although the 26 factors in Christian Louboutin may have been overruled for the purposes of determining whether an online service provider comes within the definition of an intermediary, yet the consideration of these factors while extending the safe harbour provision is an essential function for the courts, to purposively interpret this provision rather than providing for a blanket exemption to all intermediaries. The intention of this provision is to prohibit infringement as well as to safeguard intermediaries from facing liability, however this needs to purposively be balanced in order to effectively interpret and apply this intention in practice. Hence the 26 factors enunciated in Christian Louboutin (or at least a few of them) hold high amount of relevance in determining as to what extent would safe harbour extend to the particular intermediary, in context of the actual role played by it in furthering an infringing action.