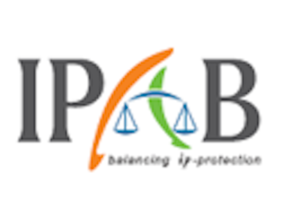 The Supreme Court of India, in a major blow to the Central Government has held that the rules framed under section 184 of the Amended Finance Act of 2014 are violative of various Constitutional Principles. The 5-judge bench led by Chief Justice Ranjan Gogoi has struck down, in its entirety, the Tribunal, Appellate Tribunal and other Authorities (Qualifications, Experience and other Conditions of Service of Members) Rules, 2017 stating that these suffered from various infirmities, as reported by The Hindu.

Why is this relevant for the Intellectual Property Appellate Board?

The Finance Act 2017 had effectively amended the provisions of the Copyright Act (section 11) in order to transfer and merge the Copyright Board within the IPAB, under section 160, which had until then only dealt with Trademarks, Patents and Geographical Indications. Further as regards the composition, qualifications, appointments, term of office, salaries and allowances, resignation, removal and other terms of service of the members of IPAB, the Finance act, via section 184, effectively amended the Trademarks Act 1999, which under Section 89 provided for the compositional mechanism of IPAB. Section 89 A was brought in, in the Trademarks act, by virtue of this provision under section 161, which stated that:

(b) in section 83, after the words “under this Act”, the words and figures “and under the Copyright Act, 1957” shall be inserted;

(c) after section 89, the following section shall be inserted, namely:—

Notwithstanding anything in this Act, the qualifications, appointment, term of office, salaries and allowances, resignation, removal and other terms and conditions of service of the Chairperson, Vice-Chairperson and other Members of the Appellate Board appointed after the commencement of Part XIV of Chapter VI of the Finance Act, 2017, shall be governed by the provisions of section 184 of that Act:

The Parliament had replaced the statutory mechanism of appointments to the IPAB (amongst various other tribunals) with a form of delegated legislation through the system of rules under the Finance Act, framed by the Central Government. This move was questioned before the court and highly criticized by renowned academics for being unconstitutional and violative of the principles of Judicial Independence due to overt influence of the Government on the composition of a dispute resolution  based institution, hurting the principle of separation of powers, which is an essential part of the Basic Structure Doctrine (as held by Beg J. in the Kesavnanda Bharati case (para 316).

The issues and the essence of the Judgment of the SC

The key question of law, to be adjudicated upon, in the case of Rojer Mathew v. South Indian Bank Ltd. and ors, was the constitutionality of Part XIV of the Finance, (which brought in the aforementioned amendments, and the rules framed in consonance with the same.

The question posed herein was with respect to the passage of the act as a “money bill” under Article 110 of the constitution as well as section 184 providing for excessive delegation of the powers of legislature violative of the principle of separation of powers and independence of the judiciary. Along with the same, a challenge to the rules has also been specified in the issues framed by the Bench, as reflected in the Judgment (para 90). A question with respect to the Judicial Impact Assessment of all Tribunals was also posed herein, which is all the more significant due to the recent order passed by Justice Pratibha Singh of the Delhi High Court, highlighting the dysfunctional nature of the IP Appellate Board and questioning the government in lieu of the same. (Read here) Justice Pratibha Singh had gone on to state in paragraph 6 that:

“The manner in which the IPAB has been functioning during the last over 15 years shows that at every stage, there has been delay in the appointments being made to the IPAB, both of judicial members and technical members. Further, adequate infrastructure and autonomy is also not granted to the IPAB in order to make its functioning efficient and smooth. The statement of objects and reasons when the Trade Marks Act was amended, clearly records that the purpose of the IPAB is for speedy disposal of appeals and rectification applications, which at that time was jurisdiction which was vested in the High Courts. However, this purpose has been completely set at naught owing to the manner in which the IPAB has been functioning since the time it has been constituted.”

The Court in this judgment while analysing the question of whether the passage of the Act as a “money bill” is constitutional, has discussed at length various conflicting judgments and analysed the constitutional bench judgment in the K.S. Puttaswamy (Aadhaar judgment) stating that the treatment of Aadhaar Act as a money bill, in the Aadhaar case was a rather liberal construction and might not accord with the bicameral parliamentary system envisaged under the constitution. In lieu of the same, the bench referred this batch of petitions questioning the passage of The Finance Act as a “money bill”, to a larger seven judge bench.

On the question of Excessive Delegation, and the provision of rules concerning Appointment/ Qualification/ Resignation and Removal of members of the Appellate Board being an “essential legislative function”, the court has gone on to state (para 148) that this power was not intended to solely vest in the legislature. It cited various other judgments where provision of such terms of service by delegated legislation has been held to be valid and specifically relied on the principle that “legislature might not have the time to legislate every minute detail.” As long as the legislative policy and a formulation in lieu of the same was indicated and specified, ancillary rules could be delegated. (Para 146) The court reading section 184 of the Finance Act has established that the delegated legislative power was limited by certain rules and limitations. Further, the court has stated that Independence of a quasi-judicial body like a Tribunal is an inherent legislative policy and guideline and has been established in the Supreme Court Advocates on Record Association v. Union of India [(2016) 5 SCC 1], post which the finance act was brought in place. Assuming this policy guideline to be present, due to the aforementioned interpretation, the court has decided against an excessive delegation and upheld the constitutionality of section 184, in this regard.

However, interestingly while analysing the Rules framed by the government in accordance with section 184, the court has held that the “Search-cum-Selection committee for the tribunal lacks judicial dominance” and hence is a contravention on the doctrine of separation of power, going against the policy of independence of judiciary, inherently attached to section 184. The involvement of judiciary in quasi-judicial setup cannot be diluted. (para 158) Further, positioning a candidate lacking judicial experience, in an adjudicatory function has been held to dilute this principle as well, which was found in the rules framed. It has been acknowledged that in case of a judicial tribunal/ quasi-judicial tribunal, knowledge, training and experience of members/presiding officers of a Tribunal must mirror, as far as possible, that of the Court which it seeks to substitute. (R. Gandhi v/ UOI (2010) 11 SCC 1; Madras Bar Association v. UOI (2014) 10 SCC 1 [Para 107 & 126]) With regard to this, the court has held the Rules framed by the government, with respect to the terms of service of members of tribunals covered by the Finance Act, to be unconstitutional, due to there being unfettered discretion. While striking down the same, the court ordered the Central Government to re-formulate the rules in conformity with the basic structure of the Constitution as well as the legislative policy ingrained in section 184 of the act.

As a measure of interim relief, the court has stated that the status quo pre- Finance Act, 1970 is to be maintained until new compliant rules are formed. (para 229)

NOTE: Justice Deepak Gupta, in his dissent with respect to the constitutionality of section 184 has stated that:

I am in respectful disagreement with the Chief Justice that the objects of the parent enactments and the law laid down by this Court….in essence should be read as the guidelines.

This dissent clearly marks a departure from the assumption of a legislative policy being present in section 184 and is an interesting take on the issue.[Para-28-30,32]

The Court also went on to order a judicial impact assessment of all the tribunals set up and assess the needs and requirements for effective delivery of justice.

In a side note for a question unrelated to this particular petition, the Court went on to state that Article 226 is a part of the basic structure of the constitution and cannot be overlooked or tampered with or in essence diluted. directed that instead of providing direct appeals to the SC from various tribunals, the Union should frame rules with the Law Commission and expert body to recommend a change in these enactments to enable an appeal to the division bench of the HC (if at all necessary). This would avoid a circumvention of Article 226 and has myriad of benefits, including cheaper and more approachable and efficient access to justice. A more detailed discussion around the jurisprudence of this question can be read here.

Note: Justice DY Chandrachud has also put out a separate dissenting opinion where he stated part XIV of the finance act to be unconstitutional, Section 184 to be excessive delegation and the rules framed therein to be in violation of separation of powers and independence of judiciary. (Pars 103)

IMPACT ON THE IPAB

This decision in this case directly influences the IPAB, and has in effect, due to the interim measure provided, annulled the application of section 89A of the trademarks act to the IPAB and has restored the rules provided under the statutory mechanism of section 89, to govern the terms of service of IPAB members. This decision does not, as of yet, rule upon the constitutionality of the merger of the Copyright Board with the IPAB, however has left questions unanswered and further to be determined by a larger bench. It will be interesting to see how the 7-judge bench approaches the money bill issue and the correctness of the Aadhaar Judgment. 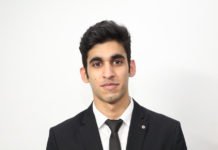 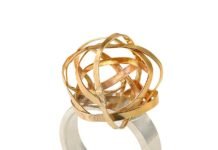 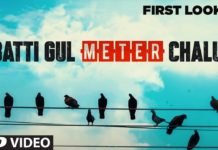