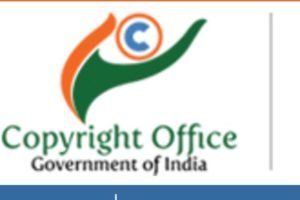 The Public notice calls upon any person or organisation having any stake to contact the Copyright Office.

The interim order has been passed by the Registrar of Copyright Office in compliance of an order dated March 14, 2017 passed by Hon’ble Punjab & Haryana High Court, Chandigarh in the matter of Inderjit Singh & Anr v/s Ramesh Abhishek & Anr [COCP No. 622/ 2017 (O&M). Read order here.

In the matter of Inderjit Singh & Anr v/s Union of India & ors [CWP- 21945/2016], the Punjab & Haryana High Court had vide order dated October 21, 2016 directed the Registrar of Copyright office (Respondent 3) that if the petitioners approach the Registrar by moving an appropriate representation under Section 31D of Copyright Act, 1957 within a period of four weeks, the Registrar shall consider and decide the same at an early date by passing an appropriate order within a period of three months from the date of representation from the petitions. The Court further directed that if the petitioners would make a request for any interim relief, the Registrar shall consider the same and pass an appropriate order in accordance with law. Read order here.

Since the order of the Punjab and Haryana High Court was not complied with by the Registrar of Copyright, a contempt petition was filed by Inderjit Singh pursuant to which the aforesaid order dated March 14, 2017 was passed by the Court wherein the court called upon the respondents to comply with the October 21, 2016 order within four weeks.

As per the records published by the Copyright Office, the interim statutory license [read here] under Section 31D of the Copyright Act, 1957 was granted by Mr. Jagdish Swaroop, Deputy Registrar of Copyright to M/s. Kuku and Koyal Internet, Ludhiana on April 10, 2017 towards an interim relief for conducting the business of internet broadcasting for communicating such work as desired by the licensee recorded in sound recordings in the repertoire to the public by internet broadcasting on revenue sharing basis subject to terms and conditions as per the order of the Copyright Board under Section 31(1)(b) of the pre amended Copyright Act, 1957 dated August 25, 2010. [Read Copyright Board order here].

It is surprising that the interim license issued by the Deputy Registrar of Copyright requires the licensee to pay royalties in accordance with the Copyright Board order of 2010 for internet broadcasting. The Copyright Board had vide its order dated August 25, 2010 required PPL to grant compulsory licenses under 31(1) (b) of the Copyright Act, 1957 to the complainants (radio broadcasters) for communicating the work recorded in sound recordings in the repertoire, present and future, of the respondent (PPL) to the public by broadcast on revenue sharing basis wherein the radio broadcasters were required to pay 2% of net advertisement earnings of each FM radio station accruing from the radio business only for that radio station for pro rata distribution of compensation to all music providers including PPL in proportion to the music provided by the respective music providers and broadcast by the complainant (Radio broadcasters). The Copyright Board order was challenged before several courts by various music labels and the matter is still sub-judice.

The DIPP had issued an office memorandum on September 5, 2016 [read here] clarifying that the words “any broadcasting organization desirous of communicating to the public” in Section 31 D may not be restrictively interpreted to cover only radio and TV broadcasting. The Office Memorandum stated that on a joint reading of the definitions of “Broadcast ” and “Communication to the public” under the Act, the term broadcast shall include all kinds of broadcast including internet broadcast.

Section 31 D thus came as a boon to the radio and internet broadcasting industry. However, the constitutionality of Section 31D is already a subject matter of challenge before the Calcutta High Court in the matter of Eskay Video Pvt. Ltd vs Union of India (WP. 14979(W)/2016).

In all likelihood, the interim license granted by the Registrar of Copyright to Kuku & Koyal Internet Pvt. Ltd would be challenged by the music labels/ sound recording owners. In my view, the 2010 Copyright Board order should not have been kept as the base for revenue sharing for internet broadcasting as the internet and radio sectors are two completely different sectors and should not have the same revenue sharing arrangement as the stakes are different. There is an urgent need for the Copyright Board (now IPAB) to set up a new commercially viable royalty sharing mechanism for internet and radio broadcasting taking into account the present revenues earned by these sectors . 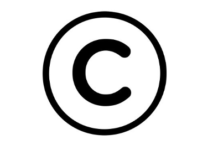 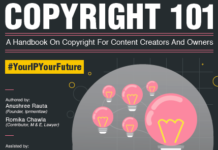