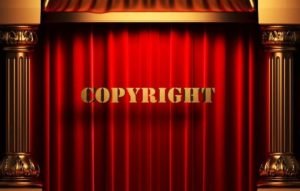 Producers Copyright Guild (PCG) has issued a public notice in a trade magazine inviting all sound recording and cinematographic film authors to get membership of the PCG. ‘Author’ referred in the public notice is “Producer” as defined under Section 2 (d)(v) of the Copyright Act, 1957.

The public notice further reads as under:

“Post Copyright Amendment 2012, pursuant to Section 34 and 35 of the Copyright Act, 1957 read with the Copyright Rules, 2013, it’s mandatory that for issuing or granting BUSINESS LICENSE, the registered copyright societies of Sound Recording and Cinematograph Film Work(s) to be administered by AUTHORS (Producers) along with other OWNERS and not by other OWNERS alone.

In connection thereto, PCG is initiating for the formation of separate Copyright Societies for issuing Business License with collection of Royalty thereof for Sound Recording and Cinematographic Film Work(s) (including Videos) pursuant to Chapter VII read with Section 33 of the Copyright Act, 1957 for Central Government approval.”

I have been given to understand that certain members of PCG have raised objections to the public notice dated May 22, 2018 of the Copyright Office which had invited objections/ suggestions pertaining to the application filed by the Recorded Music Performance Limited (RMPL) for registration as a copyright society under Section 33 of the Copyright Act in respect of sound recording works.

The Form VIII filed by RMPL i.e. Application form for Permission to carry on Copyright Business and for Registration as a Copyright Society provides under point 8:

The capacity under which such individual has become member of Governing Body is attached as per Annexure – V.”

From the application form submitted by RMPL to the Copyright Office, it appears that the Governing Body of RMPL comprises of only owner members and not authors.

On technical grounds, this seems to be in contravention of Section 35 of the Act which requires the Copyright Society to be under collective control of authors and other owners of rights. Unless RMPL is able to establish that at least half of the Governing Body members who have applied are authors of the sound recordings as well, the constitution seems faulty. (If they are authors of the sound recording rights as well, then they ought to have mentioned it in Annexure V of their application).

Interestingly, there are several provisions such as Rule 58 of the Copyright Rules which requires that there shall be no discrimination between authors and other owners of rights in the distribution of royalties by the copyright society. Whether authors of sound recording works would use such provisions (in isolation) in their favour  (if they get an entry into these copyright societies) would have to be seen (#absurdinterpretation).

It has further come to my knowledge from multiple sources that PPL has also applied for registration as a copyright society after the application was filed by RMPL. It would be interesting to see as to which of these two entities is granted registration. RMPL has 7 members but a clean start and PPL has over 250 members with a baggage of its history.