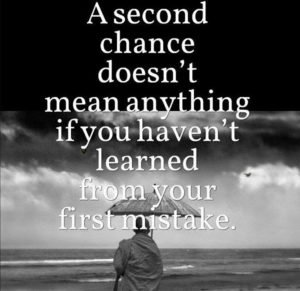 I was reading Mr. Javed Akhtar’s interview which was published in Times of India today and there was one striking line which he said which made me wonder what on earth is going on?

When asked about the plans to go beyond synchronization royalty, Mr. Akhtar responded “The `13-crore distribution due to lyricists and composers was a warm and friendly gesture by the music companies.”

If you are getting what is due to you after having fought for it for so many years then it is a victory of your fight, your struggle.. not a result of a warm and friendly gesture. Then why such flattery?

IPRS has undoubtedly made it clear that the INR 13 crore royalties received was an amicably negotiated settlement amount in respect of Television synchronization royalties towards past licensing of Literary (lyrics) and Musical Works of the seven owner music publishers (viz. Saregama India, Sony Music, Tips, Universal Music, Times Music, Venus & Aditya Music) to the Television Broadcasters basis the amicable understanding reached with the authors/composers which was supported by FWA & MCAI.  [Please refer to the clarifications given by Mr. Aashish Rego, director-IPRS in my post here].

In the clarifications provided, Mr. Rego had stated “After 12 odd years of disputes which only helped potential licensees, the members of IPRS are in consensus that amicably closing past claims in IPRS and focusing on the future is critical to having a vibrant and successful society.”

But the question is, in law can bygones truly be bygones especially when the essential ingredients of committal of a crime were clearly visible? A royalty scam of crores of rupees, a fight for over a decade and then a compromise.

For those of you who have been closely following the events that have transpired in the history of IPRS, may be wanting to get answers to these questions as well. I hope someone comes forward to answer these:

1) In my post here and here, I had raised concerns on transparency issues of IPRS with respect to no disclosure being made of compliance of conditions being imposed by the Government vide letter dated November 28, 2017 [No. F. No. 07-01/2017-CO] which is mentioned in item (iii) of the IPRS registration certificate. The certificate mentions the following:

“The registration and the permission hereby granted are subject to the following conditions and liable to be cancelled on non-compliance with or contravention of, any of them, namely-

…iii. That the Copyright Society takes appropriate remedial action with regards to the observations as detailed in letter no. F. No. 07-01/2017- CO. dated 28.11.2017 in the time bound manner and submit a report within 60 days.”

There has been radio silence by IPRS on what this letter mentions and whether a report has been submitted within the stipulated period.

2) What happened to the inquiry report submitted by Dr. Y.P.C Dangay, Inquiry Officer, Commission of inquiry into IPRS?

There seems to be no information available online on what were the findings of the Inquiry Officer Dr. Y.P.C Dangey.

The Central Government (MHRD) had by notification dated August 17, 2015 read with Corrigendum dated October 27, 2015, in exercise of its powers under Section 33(4) r/w Rule 50 of Copyright Rules, 2013 appointed Dr. Y.P.C. Dangay as the Inquiry Officer to inquire into the alleged irregularities in the administration of IPRS . The Corrigendum also asked the Inquiry Officer to suggest whether an administrator should be appointed during the inquiry?

I have been given to understand from reliable sources that the Dangay report cannot be made available through an RTI application since action based on the report is not yet complete.

Wait, what? So, if action based on the report is not yet complete how did this re-registration of IPRS take place?

Does it mean that Dr. Dangay had made observations against IPRS in his report? Did he suggest the Government to appoint an administrator?

More importantly, is it possible that the IPRS elections for the post of directors which took place in March 2017 and by which Mr. Akhtar was appointed as a Chairman had anything to do to ensure that cooperation was received by the Inquiry Commission in getting all the past records?

More intriguing is the fact that were all authors actually fine with the fact that complaints were being withdrawn with respect to the past claims? We are taking about crores of rupees of royalties here. No one just gives up on that kind of amount after fighting years for it. There is a missing story here.

Shubha Mudgal, Javed Akhtar, Lalit Pandit, Milind Shrivastava- What made them withdraw their complaints before the ED? I believe the quashing petitions are still pending in a Delhi Court.

If I remember correctly, one of the issues with respect to television synchronization rights was that the rights were given by IPRS to Select Media via PPL in violation of the Copyright Act as the terms of registration of IPRS as a copyright society required it to administer its own works.

Even if one were to accept the fact that a settlement has been arrived at between IPRS and those labels with respect to the sync royalties, the questions of law still remains unanswered.

4) Since a lot of irregularities had taken place in IPRS due to the fact that its members had assigned the copyright in their works to IPRS vide assignment deeds, should IPRS be even demanding that its members assign their copyright to IPRS?

Well this question might require a lot of deliberation and I shall leave it for another post.

I am not sure if someone will come forward and provide answers to these questions. Truth in any case cannot be suppressed for long. It will eventually have to come out, sooner or later. I just hope the money which should be paid towards royalties to the authors, the money which is rightfully theirs, is not once again spent in legal battles and all that jazz due to the same mistakes being committed.