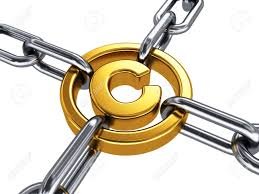 The deal between Amazon and Indian Performing Rights Society (IPRS) made headlines earlier this week and was a pleasant news to many of us who have been waiting for the Copyright Amendment Act, 2012 to see the light of implementation. The expectations from the revamped IPRS are also quite high to not make the same historical mistakes.

My attention was brought by Mr. Shekhar Mennon, Founder and Managing Partner, Medialexicon, Solicitors & Arbitrators, to a reply issued by his firm today on behalf of his client ‘Hotel Grand Central’ member of Indian Hotel & Restaurant Association (AAHAR) to a demand letter received from IPRS. A copy of the said reply can be viewed here (made available on consent from Mr. Mennon). Mr. Mennon argues that the tariff scheme of IPRS is not in compliance with Rule 56(4) of the Copyright Rules, 2013 which requires that “While fixing the tariff, the copyright societies shall follow the guidelines issued by any court or the Board, if any, and may consult the user groups.” According to Mr. Mennon, from a plain reading of Rule 56(4) it appears that Guidelines should be there to fix any tariff by the Registered society because the legislation is clear pursuant to Section 33(3) of the Copyright Act that interest and convenience of the public needs to be considered and in particular it is paramount to the group of persons who are most likely to seek license.

Further that Section 33(3) makes it vivid that any grant of Copyright society is subject to such conditions as may be prescribed when registration of society is granted by the Central Government. Mr. Mennon argues that registration certificate granted to IPRS on 28th November, 2017 gives reference to a letter No. F. No. 07-01/2017-CO dated 28.11.2017 wherein the Government has provided that the registration and permission is granted and liable to be cancelled on non-compliance if IPRS fails to take appropriate remedial action with regards to the observations detailed in the said letter in the time bound manner and submit a report within 60 days. The contents of the said letter have not been made known to the public by IPRS and no update has been provided on the report which was required to be submitted within 60 days. Without knowing the contents of the said letter and whether it has been complied with since it was a pre-condition for registration, his client cannot be required to comply with the tariff scheme of IPRS.

Section 33A of the Copyright Act requires that every copyright society shall publish its tariff scheme in such manner as may be prescribed.  Mr. Mennon thus argues that it is necessary that someone needs to prescribe the Guidelines i.e. the Government while registering the society under Section 33 of the Act or the Court or the Board. Therefore, while fixing the Tariff, Rule 56(4) pre-supposes that the guidelines / terms and conditions be issued either by Central Government which grants the registration or by any Court or by Board, if any, AND may consult the user group because Copyright Act is for the public convenience. In his view, the word MAY used in not optional instead of implies mandatory behaviour.

The main bone of contention being the non-disclosure to public of the condition given by the Government despite of Section 33(3) making it mandatory to disclose it to the users or to the group of persons who are most likely to seek the license. He thus argues that since no Guidelines have been issued by the Court or by the Board and the tariff rates have been fixed without disclosing the letter given by the Central Government, the user has every right to know about it before fixing any tariff by IPRS.

Before I derive my interpretation on this provision, it would be pertinent to draw attention to the disclaimer appearing on the IPRS website regarding its Proposed New Tariffs which states that
“The new Tariffs as set out have been approved by the Board of Directors/ Governing Council of IPRS vide resolution dated 09.03.2018 and will come into effect upon approval by the General Body of IPRS with the EGM to be held imminently. These Tariffs are slated to be effective from 01.04.2018 onward.”

The Proposed New Tariff Scheme can be accessed here.

Coming back to Rule 56(4), a strict interpretation of the provision would be that if any guideline is issued by any court or the Board, the copyright society while fixing the tariff shall follow the same. The requirement of consulting the user groups seems optional due to the use of the term ‘may’. To the best of my knowledge save and expect for the Copyright Board order of 2010 determining the radio royalties at 2%, there is no other Court guideline or order of the Board on fixing the tariff schemes by copyright societies. However, Mr. Mennon provides a valid argument on the intent of Rule 56(4) read with Section 33A and Section 33(3) i.e. public convenience. His argument on IPRS not having made the 28.11.18 letter public is also an extremely valid point as the public has a right to know the contents of the said letter, the compliance of same being a pre-condition for IPRS’s registration. The ultimate issue of intent v/s strict interpretation would ultimately be required to be decided by the court of law.

Prashant Reddy from Spicy IP has extensively covered the history of IPRS disputes, lack of transparency, filing errors etc in his posts over the years. For the sake of brevity, I would avoid reiterating those issues. Those interested must view his posts on this issue on Spicy IP.

In my understanding both ISRA and IPRS are not compliant with the 2010 copyright board order with respect to radio royalties and there is no subsequent Board order overruling the 2010 Board order. The radio broadcasters who have been paying the 2% royalty rates save and except with respect to voluntary licenses entered by them, are likely to dispute these tariff orders. That is if they agree to pay royalties to these two copyright societies at all, since radio broadcasters mostly exploit sound recording rights and not performing rights and would therefore dispute IPRS’s authority to grant licenses to them. The copyright societies may argue that the 2010 Copyright Board order is not binding on them as it was specifically against PPL and not an order in rem. However, these are issues which would ultimately be decided by the court of law (as would all other provisions!).

These never-ending disputes in the industry are extremely frustrating. As mentioned in my earlier posts, we are looking at years of litigation ahead of us before any concrete decision comes into place putting a rest to the myriad interpretations revolving around the Amendment. Until then, we can only speculate and interpret what suits our interest.

AIFCC FILES APPLICATION FOR REGISTRATION AS A COPYRIGHT SOCIETY FOR ALL...