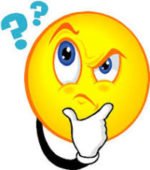 The distribution of royalties to the tune of INR 13 crores by IPRS to its author members recently made headlines. It also gave rise to a lot of questions and speculations on why would PPL make royalty payments to IPRS. I was personally surprised since I was under the impression that the PPL assets have been frozen by the Enforcement Directorate.

To put the speculations to rest, I reached out to Mr. Aashish Rego, Director- Indian Performing Rights Society (IPRS) to provide clarifications on a few questions I had and which I am sure a lot of other folks in the fraternity would be having as well.

I am pleased that Mr. Rego has been upfront in all his responses which indicate that IPRS intends to be transparent in conducting its business. In one of my recent posts on the IPRS non-compliance issues, Mr. Rakesh Nikam (CEO-IPRS) had written a heartfelt comment taking the criticism constructively and iterated that if IPRS is to be successful it must not only be transparent but also positive and receptive to well-meaning criticism.

As mentioned by me time and again, the success of implementation of the Copyright Amendment Act, 2012 largely lies on the shoulders of the copyright societies. Given the stiff resistance from several sectors in participating in royalty payments, the copyright societies obviously need to gear up for years of litigation ahead and hence need to be wary of transparency and other issues which could be a litigation nightmare.

Below is the conversation with Mr. Aashish Rego:

1)    As per my information, the amount of INR 13 crores which has been paid by PPL is more of a settlement towards amounts (INR 26 CR) collected by PPL on behalf of those seven music labels towards underlying works and not paid to authors. Is that factually correct?

Answer: Yes, the value of Rs 13 crores is an amicably negotiated settlement amount in respect of TV Synch Royalties towards past licensing of Literary (lyrics) and Musical Works of the 7 Owner Music Publishers (viz. Saregama India, Sony Music, Tips, Universal Music, Times Music, Venus & Aditya Music) to the Television Broadcasters basis the amicable understanding reached with the authors/composers which was supported by FWA & MCAI. As IPRS has already informed, PPL has acted as a facilitator and paid on behalf of the said Owner Publishers/ Music Companies from their individual share of royalties held by PPL in respect of general collections by PPL.

To clarify further, this does not cover unpaid/outstanding “Performance”/ “Mechanical” royalties (these terms are defined in the IPRS AoA and New IPRS Assignment Agreements) which IPRS will be licensing as applicable & collecting 100% royalties in respect of the Performing / Mechanical Rights from the users/platforms (as it is authorised to do so).

After 12 odd years of disputes which only helped potential licensees, the members of IPRS are in consensus that amicably closing past claims in IPRS and focussing on the future is critical to having a vibrant and successful society.

2)    If yes, then has this step been taken in light of the ED investigation?

Answer: I can confirm that the ED investigation has nothing to do with this settlement. You may want to note that the Hon’ble Bombay High Court has stayed the ED investigation arising from the Agra FIR (which has also been quashed by the Hon’ble Allahabad HC). Additionally, the Hon’ble Appellate Tribunal dealing with the provisional attachment, by the ED, of IPRS investments has also already held that these investments cannot be categorised as “proceeds of crime”. The simple truth is that the Owners/ Music Publishers further to their amicable resolution with authors and composers agreed to the distribution of this sum to the author/composers, in the interest of amicable resolution and so as to allow for IPRS to actually proceed with its central function i.e., to henceforth administer effectively and transparently, the rights of its members.

3)    If not, then what is the rationale behind PPL paying royalties to IPRS?  How can owners of content (the music labels) be required to pay royalties when the responsibility is on the users/ platform providers? The six music labels mentioned are in fact assignees of works and entitled to 50% share of royalties. If PPL has collected 100% sync royalties without being authorized by the authors, then they are not legally entitled to do so.

Answer: Answered in 1 above.

4)    How was this figure of 13Cr derived? Why was the amount not distributed as per the Distribution Scheme of IPRS?

Answer: Further to our answer to question (1) above, the IPRS distribution policy states “…………Royalties pertaining to earlier years pending distribution due to non-availability of logs or incomplete logs will be distributed on the basis of the fair basis of distribution fixed by the Executive Committee….”. In this case, when a negotiated sum is concerned and where logs are reasonably not available, the Directors of IPRS approved the basis of distribution of the same. This was also raised in the recently concluded EGM on 11-4-2018 and the IPRS members consented to the distribution of the said royalty as Rs 10,000/- to members who have less than 10 works registered with the society and the balance royalty to be distributed equally amongst the remaining authors / composers and the said distribution amounting to approx. Rs 53,000/- per author / composer member.

5)    Mr. Akhtar mentioned in the media reports that these royalties are only towards synchronization royalties and not mechanical royalties. So, has a precedent now been set that sync royalties needs to be paid by the labels and not by the licensees/ platform owners? If so be the case then would this be followed by other platforms which have now sought licenses from IPRS (For instance- Amazon may need sync rights for any of its shows)?

Answer: Not at all. Mr. Akhtar had explained that as per the Articles of Association of IPRS, it was not granted the Synchronization rights royalties and the same would be licensed by the owners whereas IPRS will collect the authors / composers share of royalty. IPRS has also in any case proceeded to claim/collect, as it is authorised to do so, unpaid/outstanding mechanical royalties as well as ‘performance’ royalties from all platforms. Platform continue to be liable to clear rights through IPRS in any case going forward.

6)    Also, why has PPL paid this amount only towards sync royalties? Is there no issue with respect to mechanical and publishing royalties? When would those be paid?

Answer: As informed in answer (1), PPL has paid on behalf of the 7 Owner Publisher members who had licensed the rights themselves. As advised above, however IPRS will be licensing as applicable & collecting 100% royalties in respect of the Performing / Mechanical Rights from the users/platforms and is already engaged in this activity with the relevant platforms – discussions have also already been initiated.

IPRS will as announced distribute royalties every quarter as required under the Copyright Act,1957 and Copyright Rules, 2013.

7) Additional question: As per my information, ED had frozen the PPL accounts. If that is the case, then it is not possible that PPL could have made these royalty payments to IPRS. So, have these royalties been paid directly by the labels or is there some other update which we are not aware of?

Answer: Also, in response to your additional question which you sent later I think that that’s a question that ideally should be directed at PPL and not myself.

[P.S.If any of the readers have any additional information or comments, please do provide the same on this post or write to me separately at anushreerauta@iprmentlaw.com]